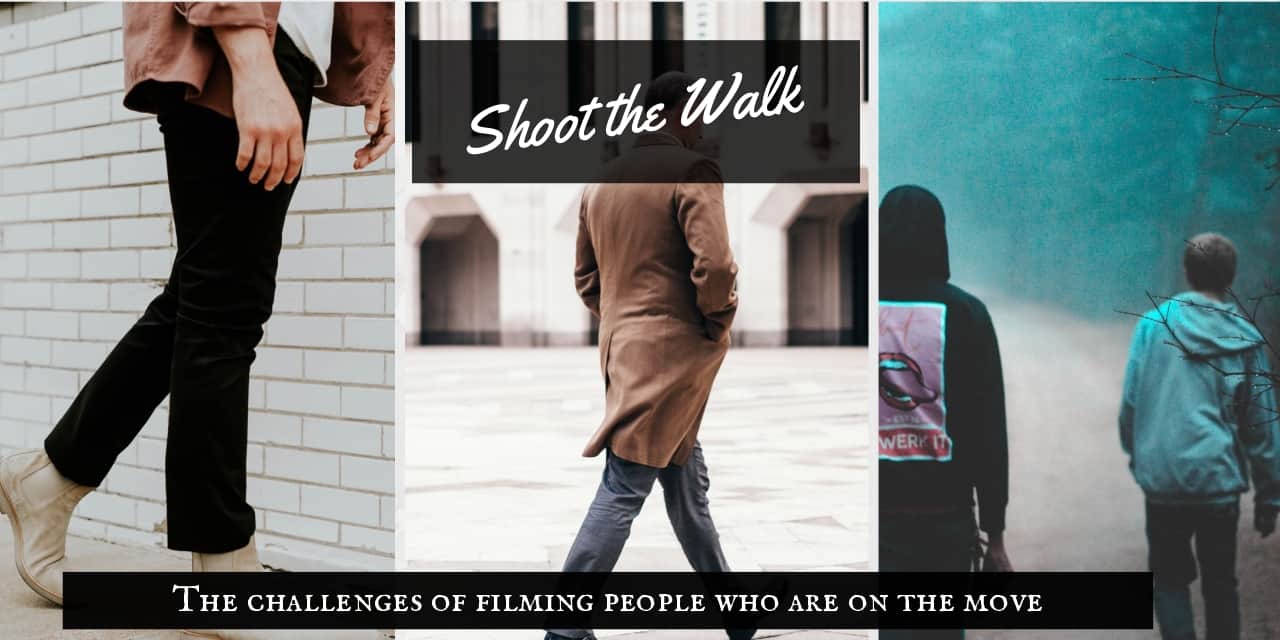 In a recent post on Tuts+, videographer Jackson Couse demonstrates what it takes to shoot a scene when the subject is people walking and talking at the same time.

Until you (as a videographer) have experienced first-hand the challenges of filming while moving, you probably think that grabbing clips of such a common and boring human activity is a simple matter of pointing a camera at the subjects and letting it roll. Think again!

You need a good handle on the camera itself, as well as a device that can handle the movement -- for example, using an integrated image stabilizer. You also need to figure out in advance what kind of shots you will need in your final scene. If you are shooting from a single point of view (as the author of the video does) then you want to be able to capture the important and relevant scenes as they occur, in real-time. You need to time your own actions according to the timing of the script (if there is one,) or else be prepared to shoot the scenes multiple times over until everything falls into place.

If you are filming unplanned live-action scenes -- such as a dynamic dialogue happening between two people which won't be repeated -- you need to have all these contingencies, and more, under complete control.

Note that the article mentioned above -- which includes a 5 minute-long video -- is more or less an advertisement for a bigger tutorial that is only available to paying customers of Evanto. For that reason, it is quite limited in scope.