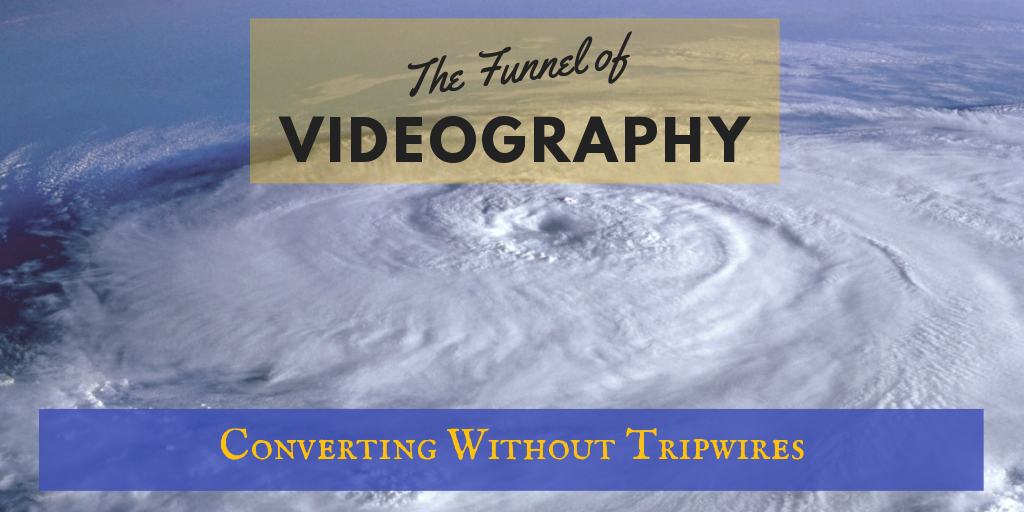 The Funnel of Videography

A few days ago, SocialMediaExaminer published an lengthy article on the subject of funnels in video advertising. The content of the article is supposedly based on material collected during an interview with Travis Chambers, the owner of an agency that specializes in producing what they call scalable social video ads.  However, since the article quotes Chambers a grand total of 0 times, and considering that the author never asks a question, I suspect that the entire piece is more or less the result of a PR effort on the part of the company. That in itself would make the post rather useless if it wasn't for the fact that, in spite of its bias and poor writing, it does bring up an interesting point for anyone interested in using video as part of a marketing funnel.

"The traditional approach is to push for traffic [from the video] to a landing page and then convince people to buy with a billion tricky things."

The alternative is video-centered and assumes that "you can apply that same funnel philosophy to prospecting and bringing people into the high funnel with a long-form video, and then continue to retarget them in a very strategic way."

I'm not going to get into the nitty-gritty details of the strategy that the agency uses -- feel free to peruse the original source if you want to learn about it. It's worth noting that the strategy relies heavily on adversiting and retargeting, as it mimics similar traditional television advertising practices. The biggest differenciator here is that online audiences are not nearly as captive as television viewers. This is why "everything is focused on getting people to watch as long as possible because the longer they watch, the more likely they are to buy."