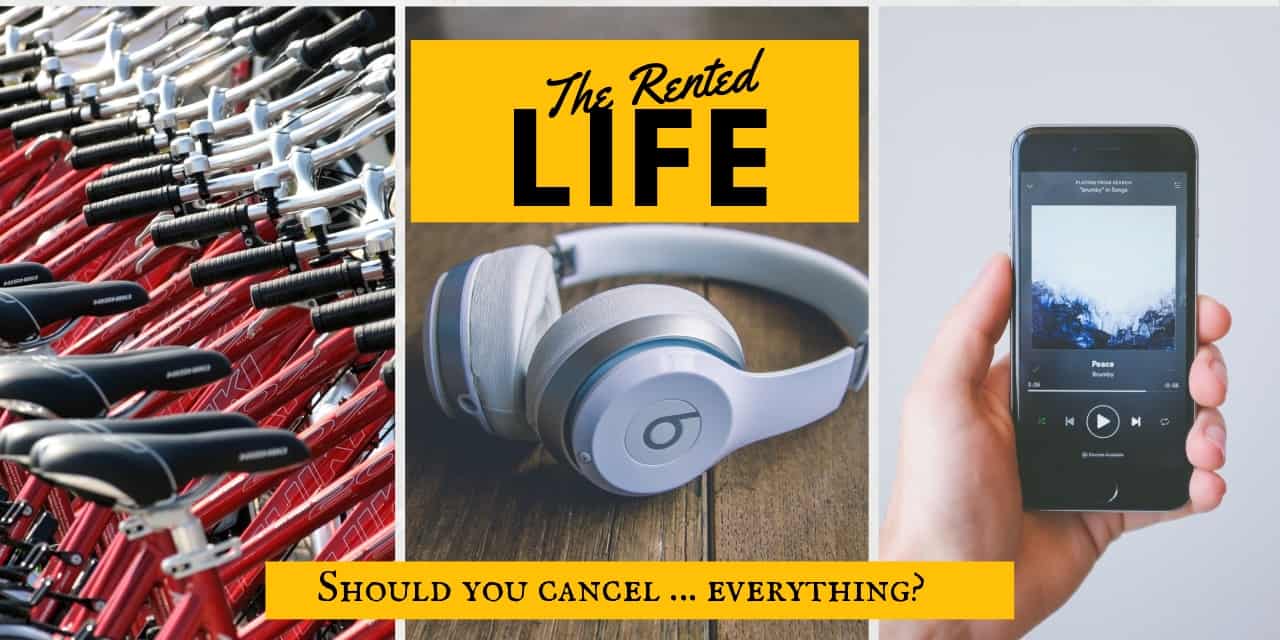 It would be hard to deny that for the majority of us (humans,) life is becoming increasingly digital. We tend to value our phones and computers over everything else; the failure of the former can trigger a crisis that overshadows any other concern for our physical possessions and needs. We live a second life closely intertwined with the first, often to the point of neglecting the latter.

This is the result of a shift in attitudes which favors virtual inventories over physical ones. Generally speaking, this cultural shift comes with immediate advantages which enhance our daily life: everything we do feels easier and gets done faster. Yet at the same time, such a shift opens a gate for many unforeseen challenges, the long term effects of which are difficult to predict. One of those challenges lies in managing our properties, or the lack thereof.

What do you (truly) own?

The world we live in -- an ecosystem of values and narratives which individuals have very little control over -- is eroding the concept of physical ownership and immediate control. Indeed, if you stop and think about it, most everything you own is either on a lease or else dependant on services that require continuous and regular payments. Control has been outsourced.

The consequences of mismanagement can be costly for those of us who have trouble organizing their affairs. A lack of time, or skills, or interest in mundane management tasks, could be costly. So many subscriptions, so little time.

Netflix. Hulu. Amazon Prime. YouTube Red. HBO. Do you really need to subscribe to all these services and channels? Can you live without them? Just as fasting or a strict cleansing diet can help put an individual back on track, a subscription diet is sometimes the only way to prevent a financial disaster.

Trimming down a mountain of subscriptions can be difficult, not only because it is somewhat painful and time-consuming, but also because the suppliers themselves purposely make the divorce process harder than it should be. A recent article published by The Verge reviews a few major streaming services and the often challenging paths to cancellation. Your mileage may vary.