The process of creating 3D objects on a computer.

In 3D computer graphics, 3D modeling is the process of developing a mathematical representation of any surface of an object (either inanimate or living) in three dimensions via specialized software. The product is called a 3D model. Someone who works with 3D models may be referred to as a 3D artist. It can be displayed as a two-dimensional image through a process called 3D rendering or used in a computer simulation of physical phenomena. The model can also be physically created using 3D printing devices.

Models may be created automatically or manually. The manual modeling process of preparing geometric data for 3D computer graphics is similar to plastic arts such as sculpting.

Three-dimensional (3D) models represent a physical body using a collection of points in 3D space, connected by various geometric entities such as triangles, lines, curved surfaces, etc. Being a collection of data (points and other information), 3D models can be created by hand, algorithmically (procedural modeling), or scanned. Their surfaces may be further defined with texture mapping.

3D models are widely used anywhere in 3D graphics and CAD. Their use predates the widespread use of 3D graphics on personal computers. Many computer games used pre-rendered images of 3D models as sprites before computers could render them in real-time. The designer can then see the model in various directions and views, this can help the designer see if the object is created as intended to compared to their original vision. Seeing the design this way can help the designer/company figure out changes or improvements needed to the product.[2]

Today, 3D models are used in a wide variety of fields. The medical industry uses detailed models of organs; these may be created with multiple 2-D image slices from an MRI or CT scan. The movie industry uses them as characters and objects for animated and real-life motion pictures. The video game industry uses them as assets for computer and video games. The science sector uses them as highly detailed models of chemical compounds.[3] The architecture industry uses them to demonstrate proposed buildings and landscapes in lieu of traditional, physical architectural models. The engineering community uses them as designs of new devices, vehicles and structures as well as a host of other uses. In recent decades the earth science community has started to construct 3D geological models as a standard practice. 3D models can also be the basis for physical devices that are built with 3D printers or CNC machines.

Almost all 3D models can be divided into two categories.

Solid – These models define the volume of the object they represent (like a rock). Solid models are mostly used for engineering and medical simulations and are usually built with constructive solid geometry

Shell/boundary – these models represent the surface, e.g. the boundary of the object, not its volume (like an infinitesimally thin eggshell). Almost all visual models used in games and film are shell models.

The process of transforming representations of objects, such as the middle point coordinate of a sphere and a point on its circumference into a polygon representation of a sphere, is called tessellation. This step is used in polygon-based rendering, where objects are broken down from abstract representations ("primitives") such as spheres, cones etc., to so-called meshes, which are nets of interconnected triangles. Meshes of triangles (instead of e.g. squares) are popular as they have proven to be easy to rasterize (the surface described by each triangle is planar, so the projection is always convex); .[4] Polygon representations are not used in all rendering techniques, and in these cases, the tessellation step is not included in the transition from abstract representation to rendered scene. 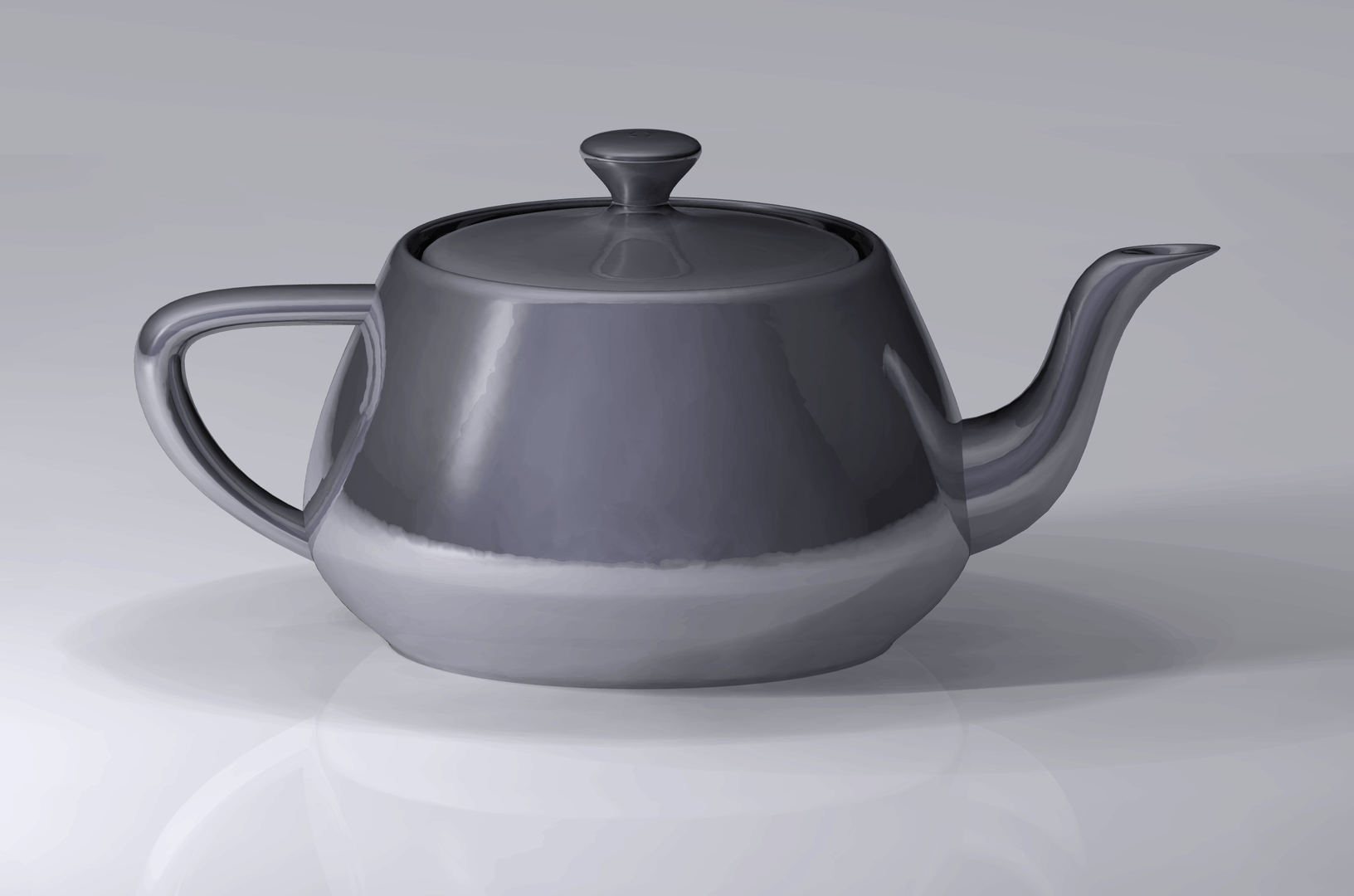