The 7-16 DIN connector or 7/16 (seven and sixteen millimeter DIN) is a 50 Ω threaded RF connector used to join coaxial cables. It is among the most widely used high power RF connectors in cellular network antenna systems. Originally popular in Europe, it has gained widespread use in the US and elsewhere. It is not to be confused with the similar-sounding EIA flange adaptors which are referred to by the outer diameter in fractions of an inch. The 7-16 DIN connector outperforms other non-flange options, such as N connectors or BNC connectors, when it comes to interference and intermodulation rejection or higher power handling at RF frequencies.

DIN is an acronym for the Deutsches Institut für Normung, the standards organization that harmonized the standard for the connector. (Previously the 7-16 had been developed as a military 'special' and made by Spinner and others.) The 7/16 is a reference to the 7 mm O.D. of the female inner contact and the corresponding 16 mm I.D. of the outer contact. The external thread is 29mm, 1.5mm pitch.

As with all RF connectors, the safe power handling is determined by the heating and subsequent oxidation of the center' pin' for continuous operation at high frequencies, and by voltage breakdown between inner and outer at lower frequencies, or short pulse operation, and for reliable high power operation, connectors must be assembled with careful attention to cleanliness and alignment. In practice, the power handling curve is a complex function of frequency, and extrapolating from spot frequency figures can be misleading if in doubt the maker's data should always be consulted.

There are larger connectors in the same family, the 13-30 DIN (external thread 50mm thread, 3mm pitch) and the (rare) 25-58 DIN permitting progressively higher power handling still (approximately twice and four times respectively), but as the cables to suit these connectors are rare, neither connector is yet to gain the same near-universal popularity as the 7-16 DIN, and these still remain unseen outside the domain of a few specialty broadcast equipment manufacturers. 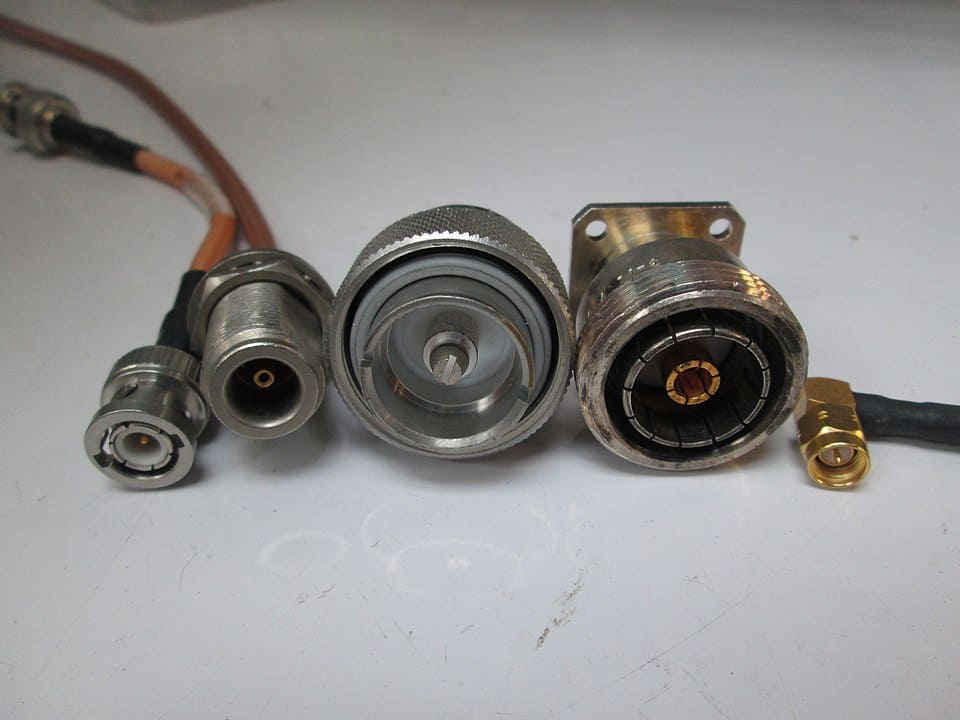