Although commonly referred to as RJ45 in the context of Ethernet and category 5 cables, this is incorrect in the context of a generic 8P8C connector. A telephone-system-standard RJ45 plug has a key which excludes insertion in an un-keyed 8P8C socket. The FCC Registered Jack (RJ) program specified a different mechanical interface and wiring scheme than TIA/EIA-568-B for RJ45S. TIA/EIA-568-B is often used for modular connectors used in Ethernet and telephone applications. Generic 8P8C modular connectors are similar to those used for the FCC RJ45 variants, although the RJ45S jack is not compatible with 8P8C modular connectors.

The original RJ45S jack mates with a keyed 8P2C modular plug, and has pins 4 and 5 (the middle positions) wired for the ring and tip conductors of a single telephone line and pins 7 and 8 shorting a programming resistor. It was intended for high-speed modems and is obsolete.

Telephone installers who wired RJ45S modem jacks or RJ61X telephone jacks were familiar with the pin assignments of the standard. However, the standard un-keyed modular connectors became ubiquitous for computer networking and informally inherited the name RJ45. RJ45S uses a keyed variety of the 8P body, meaning it has an extra tab that a common modular connector cannot mate with.

Because telephone RJ61 and data RJ45/RJ48 connectors were not widely used and 8P8C connectors in computers became ubiquitous, RJ45 is used to refer to 8P8C un-keyed modular connectors. This practice is followed by electronics catalogs and many electronic equipment manuals. In common usage, RJ45 may also refer to the pin assignments for the attached cable, which are actually defined as T568A and T568B in wiring standards such as TIA/EIA-568. 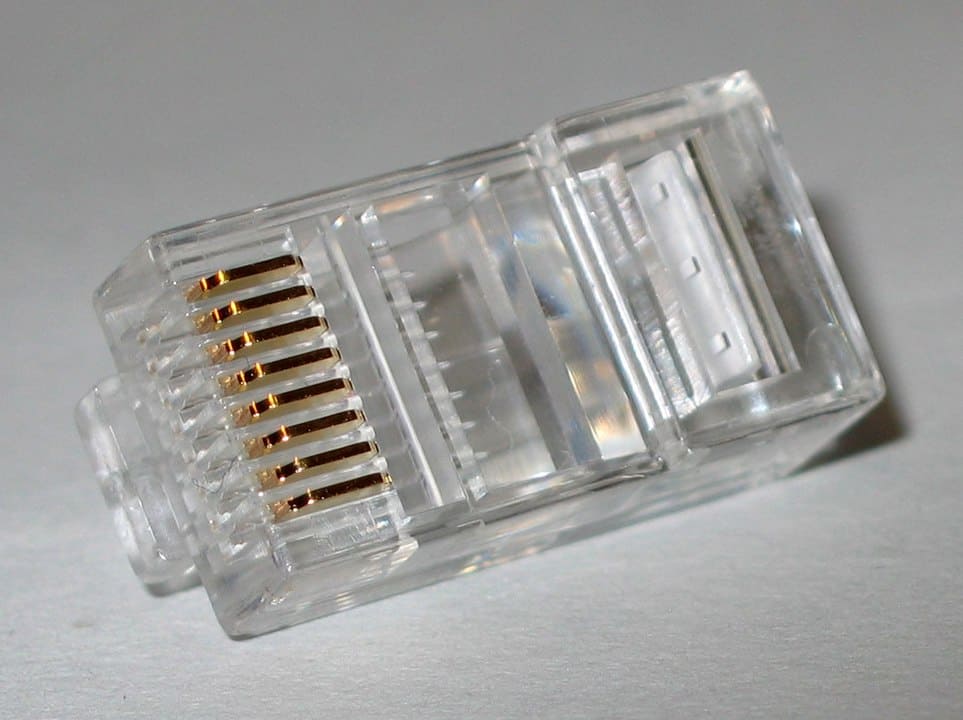