Atmospheric perspective
The effect the atmosphere has on the appearance of an object as it is viewed from a distance.

Aerial perspective or atmospheric perspective refers to the effect the atmosphere has on the appearance of an object as it is viewed from a distance. As the distance between an object and a viewer increases, the contrast between the object and its background decreases, and the contrast of any markings or details within the object also decreases. The colors of the object also become less saturated and shift towards the background color, which is usually blue, but under some conditions maybe some other color (for example, at sunrise or sunset distant colors may shift towards red).

Atmospheric perspective was used in Pompeian Second Style paintings, one of the Pompeian Styles, dating as early as 30 BCE. A notable example is the Gardenscape from the Villa of Livia in Primaporta, Italy.

Aerial perspective was used in paintings from the Netherlands in the 15th century, and explanations of its effects were with varying degrees of accuracy written by polymaths such as Leon Battista Alberti and Leonardo da Vinci. The latter used aerial perspective in many of his paintings such as the Mona Lisa and The Last Supper. However, art historians note that it is lacking in works by some artists of the same period, such as Raphael.

The major component affecting the appearance of objects during daylight is a scattering of light, called skylight, into the line of sight of the viewer. Scattering occurs from molecules of the air and also from larger particles in the atmosphere such as water vapor and smoke (see haze). Scattering adds the skylight as a veiling luminance onto the light from the object, reducing its contrast with the background skylight. Skylight usually contains more light of short wavelength than other wavelengths (this is why the sky usually appears blue), which is why distant objects appear bluish (see Rayleigh scattering for detailed explanation). A minor component is scattering of light out of the line of sight of the viewer. Under daylight, this either augments the contrast loss (e.g., for white objects) or opposes it (for dark objects). At night there is effectively no skylight (unless the moon is very bright), so scattering out of the line of sight becomes the major component affecting the appearance of self-luminous objects. Such objects have their contrasts reduced with the dark background, and their colors are shifted towards the red. 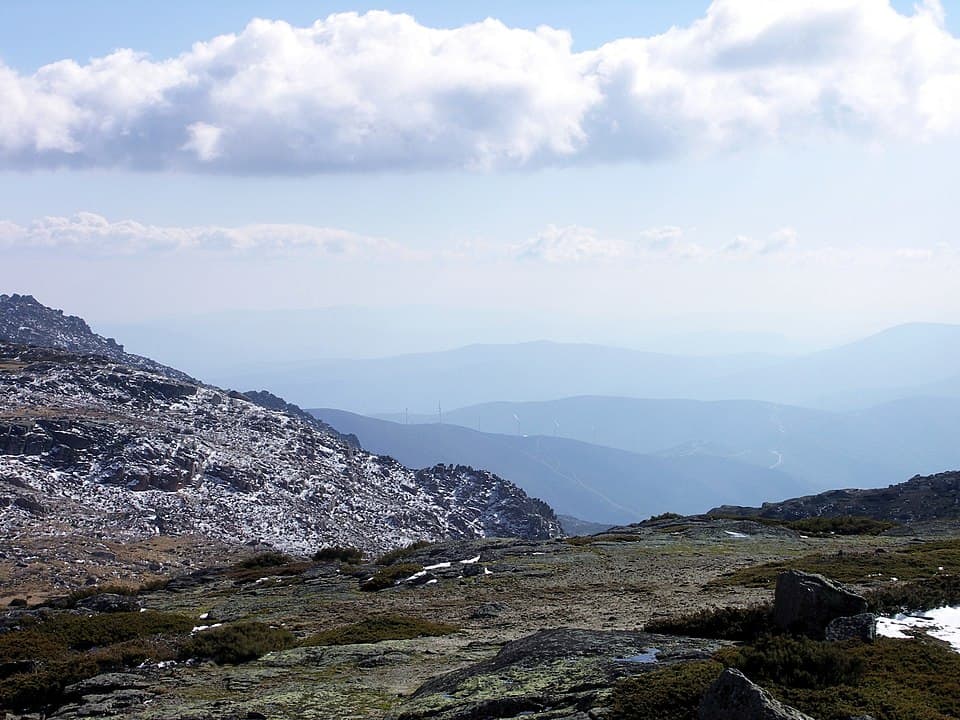