A shot taken from an airborne device, generally while moving. This technique has gained popularity in recent years due to the growing availability of drones.

Aerial photography (or airborne imagery) is the taking of photographs from an aircraft or another flying object. Platforms for aerial photography include fixed-wing aircraft, helicopters, unmanned aerial vehicles (UAVs or "drones"), balloons, blimps and dirigibles, rockets, pigeons, kites, parachutes, stand-alone telescoping, and vehicle-mounted poles. Mounted cameras may be triggered remotely or automatically; hand-held photographs may be taken by a photographer.

Aerial photography should not be confused with air-to-air photography, where one or more aircraft are used as chase planes that "chase" and photograph other aircraft in flight.

Aerial photography is used in cartography (particularly in photogrammetric surveys, which are often the basis for topographic maps), land-use planning, archaeology, movie production, environmental studies, power line inspection, surveillance, commercial advertising, conveyancing, and artistic projects. An example of how aerial photography is used in the field of archaeology is the mapping project done at the site Angkor Borei in Cambodia from 1995–1996. Using aerial photography, archaeologists were able to identify archaeological features, including 112 water features (reservoirs, artificially constructed pools, and natural ponds) within the walled site of Angkor Borei. In the United States, aerial photographs are used in many Phase I Environmental Site Assessments for property analysis.

In the United States, except when necessary for taking off and landing, full-sized manned aircraft are prohibited from flying at altitudes under 1000 feet over congested areas and not closer than 500 feet from any person, vessel, vehicle or structure over non-congested areas. Certain exceptions are allowed for helicopters, powered parachutes, and weight-shift-control aircraft.

Advances in radio controlled models have made it possible for model aircraft to conduct low-altitude aerial photography. This had benefited real-estate advertising, where commercial and residential properties are the photographic subject when in 2014 the US Federal Aviation Administration, issued an order banning the use of "Drones" in any commercial application related to photographs for use in real estate advertisements. The ban has been lifted and commercial aerial photography using drones of UAS is regulated under the FAA Reauthorization Act of 2018. Commercial pilots have to complete the requirements for a Part 107 license, while amateur and non-commercial use is restricted by the FAA.

Small scale model aircraft offer increased photographic access to these previously restricted areas. Miniature vehicles do not replace full-size aircraft, as full-size aircraft are capable of longer flight times, higher altitudes, and greater equipment payloads. They are, however, useful in any situation in which a full-scale aircraft would be dangerous to operate. Examples would include the inspection of transformers atop power transmission lines and slow, low-level flight over agricultural fields, both of which can be accomplished by a large-scale radio controlled helicopter. Professional-grade, gyroscopically stabilized camera platforms are available for use under such a model; a large model helicopter with a 26cc gasoline engine can hoist a payload of approximately seven kilograms (15 lbs). In addition to gyroscopically stabilized footage, the use of RC copters as reliable aerial photography tools increased with the integration of FPV (first-person-view) technology. Many radio-controlled aircraft are now capable of utilizing Wi-Fi to stream live video from the aircraft's camera back to the pilot's or pilot in command's (PIC) ground station.

Aerial photographs are often combined. Depending on their purpose it can be done in several ways, of which a few are listed below.

Panoramas can be made by stitching several photographs taken in different angles from one spot (e.g. with a hand-held camera) or from different spots at the same angle (e.g. from a plane).
Stereo photography techniques allow for the creation of 3D-images from several photographs of the same area taken from different spots.
In Pictometry five rigidly mounted cameras provide one vertical and four low oblique pictures that can be used together.
In some digital cameras for aerial photogrammetry images from several imaging elements, sometimes with separate lenses, are geometrically corrected and combined to one image in the camera.

Vertical photographs are often used to create orthophotos, alternatively known as orthophoto maps, photographs which have been geometrically "corrected" so as to be usable as a map. In other words, an orthophoto is a simulation of a photograph taken from an infinite distance, looking straight down to nadir. Perspective must obviously be removed, but variations in terrain should also be corrected for. Multiple geometric transformations are applied to the image, depending on the perspective and terrain corrections required on a particular part of the image.

Orthophotos are commonly used in geographic information systems, such as are used by mapping agencies (e.g. Ordnance Survey) to create maps. Once the images have been aligned, or "registered", with known real-world coordinates, they can be widely deployed.

Large sets of orthophotos, typically derived from multiple sources and divided into "tiles" (each typically 256 x 256 pixels in size), are widely used in online map systems such as Google Maps. OpenStreetMap offers the use of similar orthophotos for deriving new map data. Google Earth overlays orthophotos or satellite imagery onto a digital elevation model to simulate 3D landscapes.

With advancements in video technology, aerial video is becoming more popular. Orthogonal video is shot from aircraft mapping pipelines, crop fields, and other points of interest. Using GPS, the video may be embedded with metadata and later synced with a video mapping program.

This "Spatial Multimedia" is the timely union of digital media including still photography, motion video, stereo, panoramic imagery sets, immersive media constructs, audio, and other data with location and date-time information from the GPS and other location designs.

Aerial videos are emerging Spatial Multimedia which can be used for scene understanding and object tracking. The input video is captured by low flying aerial platforms and typically consists of strong parallax from non-ground-plane structures. The integration of digital video, global positioning systems (GPS) and automated image processing will improve the accuracy and cost-effectiveness of data collection and reduction. Several different aerial platforms are under investigation for the data collection. 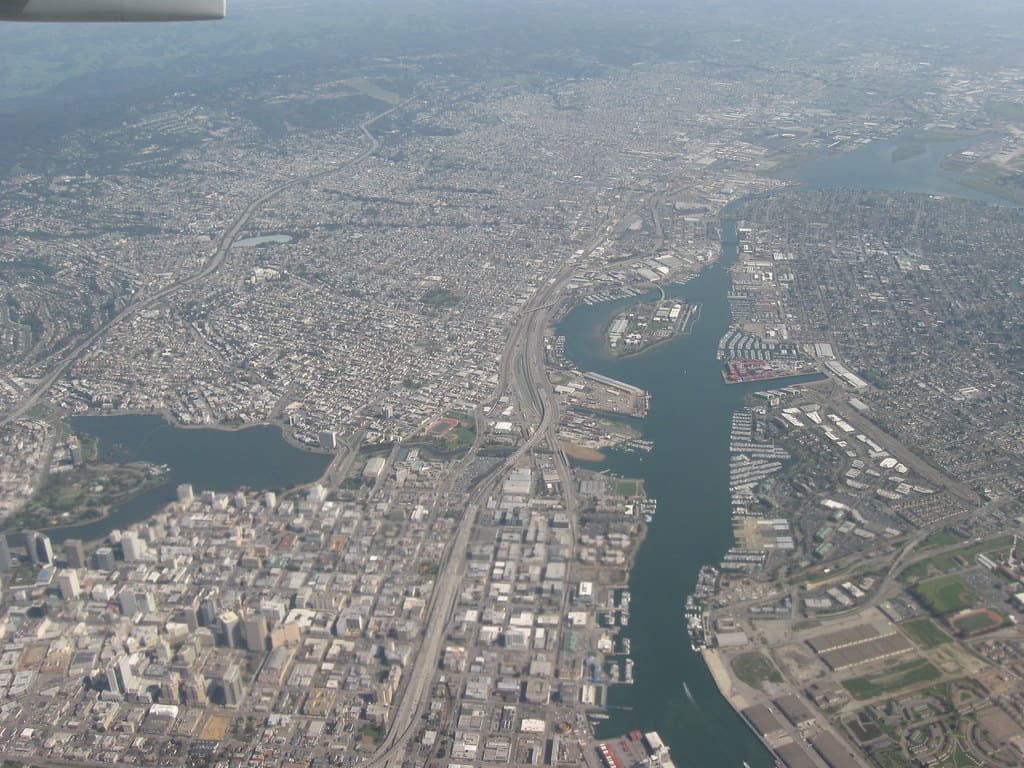