An electric current which periodically reverses direction, in contrast to direct current (DC) which flows only in one direction.

Alternating current (AC) is an electric current which periodically reverses direction, in contrast to direct current (DC) which flows only in one direction. Alternating current is the form in which electric power is delivered to businesses and residences, and it is the form of electrical energy that consumers typically use when they plug kitchen appliances, televisions, fans and electric lamps into a wall socket. A common source of DC power is a battery cell in a flashlight. The abbreviations AC and DC are often used to mean simply alternating and direct, as when they modify current or voltage.

The usual waveform of alternating current in most electric power circuits is a sine wave, whose positive half-period corresponds with positive direction of the current and vice versa. In certain applications, different waveforms are used, such as triangular or square waves. Audio and radio signals carried on electrical wires are also examples of alternating current. These types of alternating current carry information such as sound (audio) or images (video) sometimes carried by modulation of an AC carrier signal. These currents typically alternate at higher frequencies than those used in power transmission.

The frequency of the electrical system varies by country and sometimes within a country; most electric power is generated at either 50 or 60 Hertz. Some countries have a mixture of 50 Hz and 60 Hz supplies, notably electricity power transmission in Japan. A low frequency eases the design of electric motors, particularly for hoisting, crushing and rolling applications, and commutator-type traction motors for applications such as railways. However, low frequency also causes noticeable flicker in arc lamps and incandescent light bulbs. The use of lower frequencies also provided the advantage of lower impedance losses, which are proportional to frequency. The original Niagara Falls generators were built to produce 25 Hz power, as a compromise between low frequency for traction and heavy induction motors, while still allowing incandescent lighting to operate (although with noticeable flicker). Most of the 25 Hz residential and commercial customers for Niagara Falls power were converted to 60 Hz by the late 1950s, although some 25 Hz industrial customers still existed as of the start of the 21st century. 16.7 Hz power (formerly 16 2/3 Hz) is still used in some European rail systems, such as in Austria, Germany, Norway, Sweden and Switzerland. Off-shore, military, textile industry, marine, aircraft, and spacecraft applications sometimes use 400 Hz, for benefits of reduced weight of apparatus or higher motor speeds. Computer mainframe systems were often powered by 400 Hz or 415 Hz for benefits of ripple reduction while using smaller internal AC to DC conversion units. In any case, the input to the M-G set is the local customary voltage and frequency, variously 200 V (Japan), 208 V, 240 V (North America), 380 V, 400 V or 415 V (Europe), and variously 50 Hz or 60 Hz. 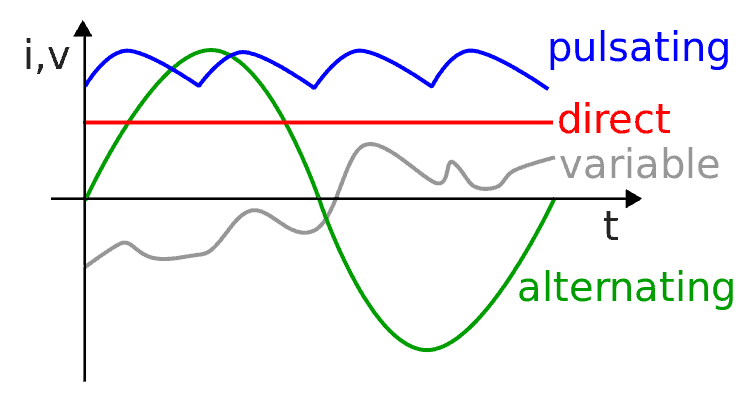