First personal computer to be used for digital video creation.

The Amiga is a family of personal computers introduced by Commodore in 1985. The original model was part of a wave of 16- and 32-bit computers that featured 256 KB or more of RAM, mouse-based GUIs, and significantly improved graphics and audio over 8-bit systems. This wave included the Atari ST—released the same year—Apple's Macintosh, and later the Apple IIGS. Based on the Motorola 68000 microprocessor, the Amiga differed from its contemporaries through the inclusion of custom hardware to accelerate graphics and sound, including sprites and a blitter, and a pre-emptive multitasking operating system called AmigaOS.

The Amiga 1000 was released in July 1985, but a series of production problems kept it from becoming widely available until early 1986. The best selling model, the Amiga 500, was introduced in 1987 and became one of the leading home computers of the late 1980s and early 1990s with four to six million sold. The A3000 was introduced in 1990, followed by the A500+, and the A600 in March 1992. Finally, the A1200 and the A4000 were released in late 1992. The platform became particularly popular for gaming and programming demos. It also found a prominent role in the desktop video, video production, and show control business, leading to video editing systems such as the Video Toaster. The Amiga's native ability to simultaneously play back multiple digital sound samples made it a popular platform for early tracker music software. The relatively powerful processor and ability to access several megabytes of memory enabled the development of several 3D rendering packages, including LightWave 3D, Imagine, Aladdin4D, TurboSilver and Traces, a predecessor to Blender.

Although early Commodore advertisements attempt to cast the computer as an all-purpose business machine, especially when outfitted with the Amiga Sidecar PC compatibility add-on, the Amiga was most commercially successful as a home computer, with a wide range of games and creative software. Poor marketing and the failure of the later models to repeat the technological advances of the first systems meant that the Amiga quickly lost its market share to competing platforms, such as the fourth generation game consoles, Macintosh, and the rapidly dropping prices of IBM PC compatibles, which gained 256-color VGA graphics in 1987. Commodore ultimately went bankrupt in April 1994 after the Amiga CD32 model failed in the marketplace.

Since the demise of Commodore, various groups have marketed successors to the original Amiga line, including Genesi, Eyetech, ACube Systems Srl and A-EON Technology. Likewise, AmigaOS has influenced replacements, clones and compatible systems such as MorphOS, AmigaOS 4 and AROS.

The Amiga series of computers found a place in early computer graphic design and television presentation. Below are some examples of notable uses and users:

In addition, many other celebrities and notable individuals have made use of the Amiga:

The Amiga was also used in a number of special-purpose applications: 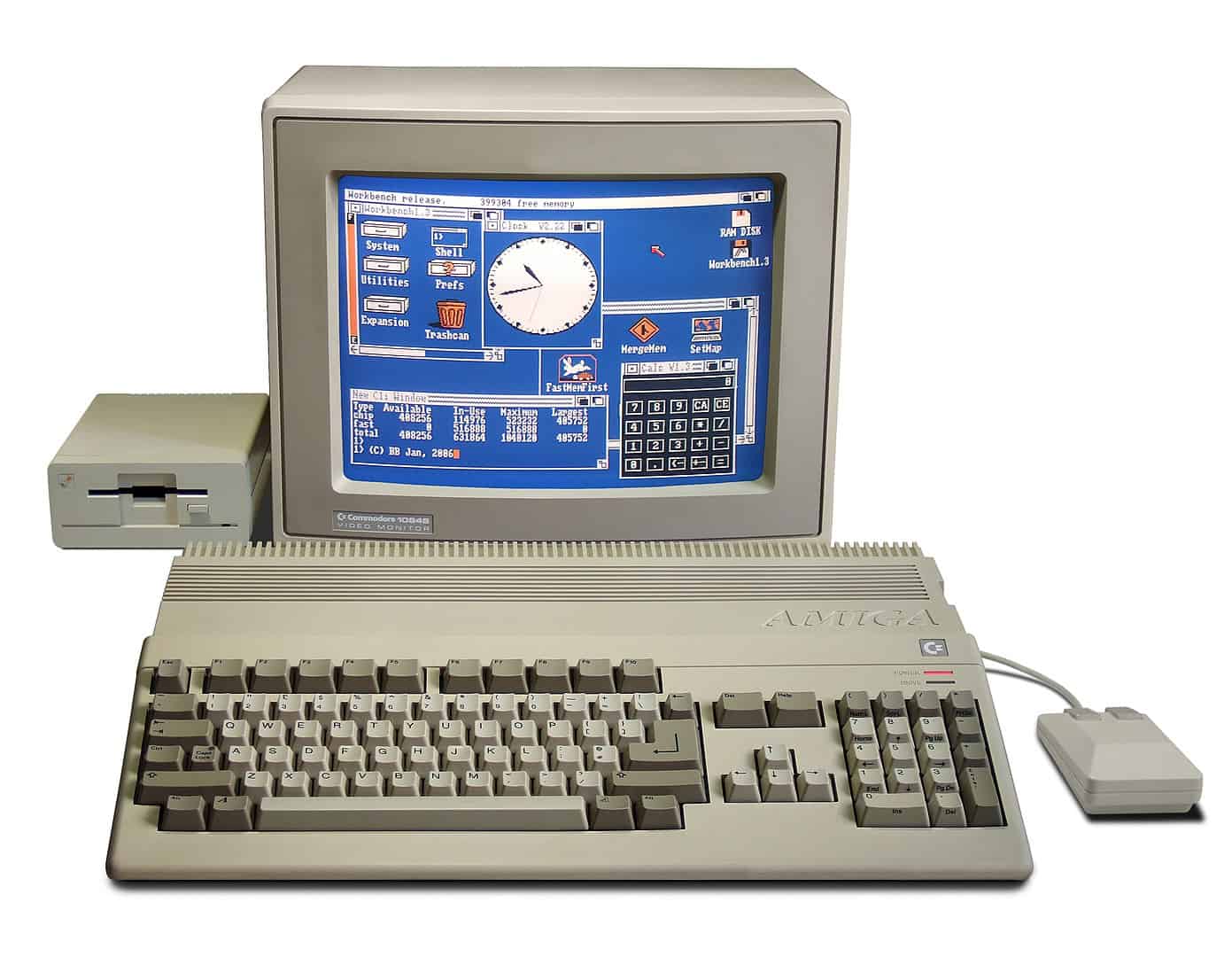 Amiga
see also
source
Adapted from content published on wikipedia.org
credit
Last modified on September 3, 2019, 12:01 am
previous
next
Videocide.com is a service provided by Codecide, a company located in Chicago, IL USA.