The ampere (/ˈæmpɪər, æmˈpɪər/ or /ˈæmpɛər/ (UK), symbol: A), often shortened to "amp", is the base unit of electric current in the International System of Units (SI). It is named after André-Marie Ampère (1775–1836), French mathematician and physicist, considered the father of electrodynamics.

The International System of Units defines the ampere in terms of other base units by measuring the electromagnetic force between electrical conductors carrying electric current. The earlier CGS measurement system had two different definitions of current, one essentially the same as the SI's and the other using electric charge as the base unit, with the unit of charge defined by measuring the force between two charged metal plates. The ampere was then defined as one coulomb of charge per second. In SI, the unit of charge, the coulomb, is defined as the charge carried by one ampere during one second.

New definitions, in terms of invariant constants of nature, specifically the elementary charge, took effect on 20 May 2019.

The ampere is named for French physicist and mathematician André-Marie Ampère (1775-1836), who studied electromagnetism and laid the foundation of electrodynamics. In recognition of Ampère's contributions to the creation of modern electrical science, an international convention, signed at the 1881 International Exposition of Electricity, established the ampere as a standard unit of electrical measurement for electric current.

The ampere was originally defined as one-tenth of the unit of electric current in the centimeter–gram–second system of units. That unit, now known as the abampere, was defined as the amount of current that generates a force of two dynes per centimeter of length between two wires one centimeter apart. The size of the unit was chosen so that the units derived from it in the MKSA system would be conveniently sized.

The "international ampere" was an early realization of the ampere, defined as the current that would deposit 0.001118 grams of silver per second from a silver nitrate solution. Later, more accurate measurements revealed that this current is 0.99985 A.

Since power is defined as the product of current and voltage, the ampere can alternatively be expressed in terms of the other units using the relationship I=P/V, and thus 1 ampere equals 1 W/V. Current can be measured by a multimeter, a device that can measure electrical voltage, current, and resistance. 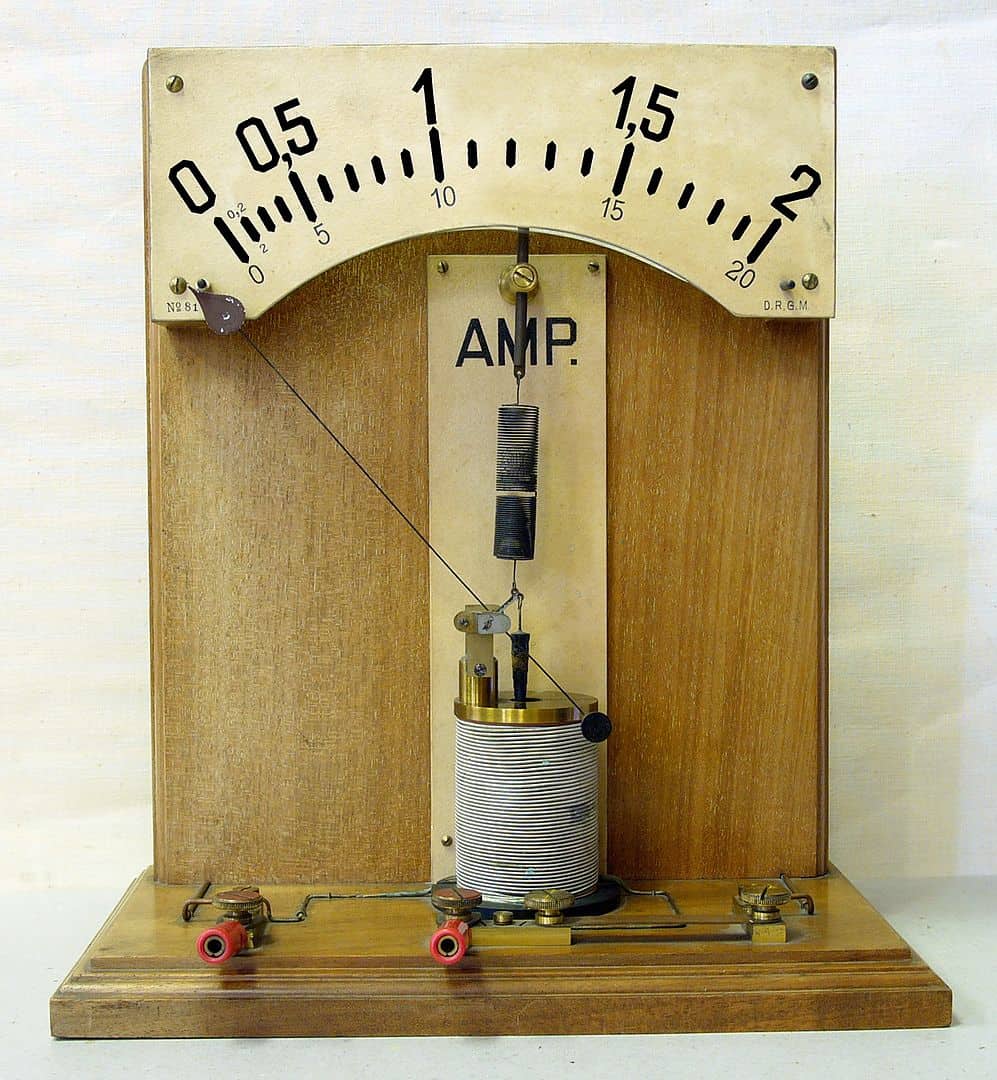