The cinematography technique of shooting a widescreen picture on standard 35mm film or other visual recording media with a non-widescreen native aspect ratio.

Anamorphic format is the cinematography technique of shooting a widescreen picture on standard 35mm film or other visual recording media with a non-widescreen native aspect ratio. It also refers to the projection format in which a distorted image is "stretched" by an anamorphic projection lens to recreate the original aspect ratio on the viewing screen. (It should not be confused with anamorphic widescreen, a different video encoding concept that uses similar principles but different means.) The word anamorphic and its derivatives stem from the Greek words meaning "formed again". As a camera format, anamorphic format is losing popularity in comparison to "flat" (or "spherical") formats such as Super 35 shot using spherical lenses; however, because most film movie projectors use anamorphic projection format, spherical format negatives are commonly converted into anamorphic prints for projection.

In the years since digital cinema cameras and projectors have become commonplace, anamorphic has experienced a considerable resurgence of popularity, due in large part to the higher base ISO sensitivity of digital sensors, which facilitates shooting at smaller apertures.

There are artifacts that can occur when using an anamorphic camera lens that do not occur when using an ordinary spherical lens. One is a kind of lens flare that has a long horizontal line, usually with a blue tint, and is most often visible when there is a bright light in the frame, such as from car headlights, in an otherwise dark scene. This artifact is not always considered a problem. It has become associated with a certain cinematic look, and is in fact sometimes emulated using a special effect filter in scenes shot with a non-anamorphic lens. Another common aspect of anamorphic lenses is that light reflections within the lens are elliptical, rather than round as in ordinary cinematography. Additionally, wide angle anamorphic lenses of less than 40 mm focal length produce a cylindrical perspective, which some directors and cinematographers, particularly Wes Anderson, use as a stylistic trademark.

Another characteristic of anamorphic lenses, because they stretch the image vertically, is that out-of-focus elements tend to blur more in the vertical direction. An out-of-focus point of light in the background (called bokeh) appear as a vertical oval rather than as a circle. When the camera shifts focus, there is often a noticeable effect whereby objects appear to stretch vertically when going out of focus. However, the commonly cited claim that anamorphic lenses produce a shallower depth of field is not entirely true. Because of the cylindrical element in the lens, anamorphic lenses take in a horizontal angle of view twice as wide as a spherical lens of the same focal length. Because of this, cinematographers often use a 50 mm anamorphic lens when they would otherwise use a 25 mm spherical lens, or a 70 mm rather than a 35 mm, and so on.

A third characteristic, particularly of simple anamorphic add-on attachments, is "anamorphic mumps". For reasons of practical optics, the anamorphic squeeze is not uniform across the image field in any anamorphic system (whether cylindrical, prismatic or mirror-based). This variation results in some areas of the film image appearing more stretched than others. In the case of an actor's face, when positioned in the center of the screen faces look somewhat like they have the mumps, hence the name for the phenomenon. Conversely, at the edges of the screen actors in full length view can become skinny-looking. In medium shots, if the actor walks across the screen from one side to the other, he will increase in apparent girth. Early CinemaScope presentations in particular (using Chrétien's off-the-shelf lenses) suffered from this. Panavision was the first company to produce an anti-mumps system in the late 1950s.

Panavision used a second lens (i.e. an add-on adapter) which was mechanically linked to the focus position of the primary lens. This changed the anamorphic ratio as the focus changed, resulting in the area of interest on-screen having a normal-looking geometry. Later cylindrical lens systems used, instead, two sets of anamorphic optics: one was a more robust "squeeze" system, which was coupled with a slight expansion sub-system. The expansion sub-system was counter-rotated in relation to the main squeeze system, all in mechanical interlinkage with the focus mechanism of the primary lens: this combination changed the anamorphic ratio and minimized the effect of anamorphic mumps in the area of interest in the frame. Although these techniques were regarded as a fix for anamorphic mumps, they were actually only a compromise. Cinematographers still had to frame scenes carefully to avoid the recognizable side-effects of the change in aspect ratio. 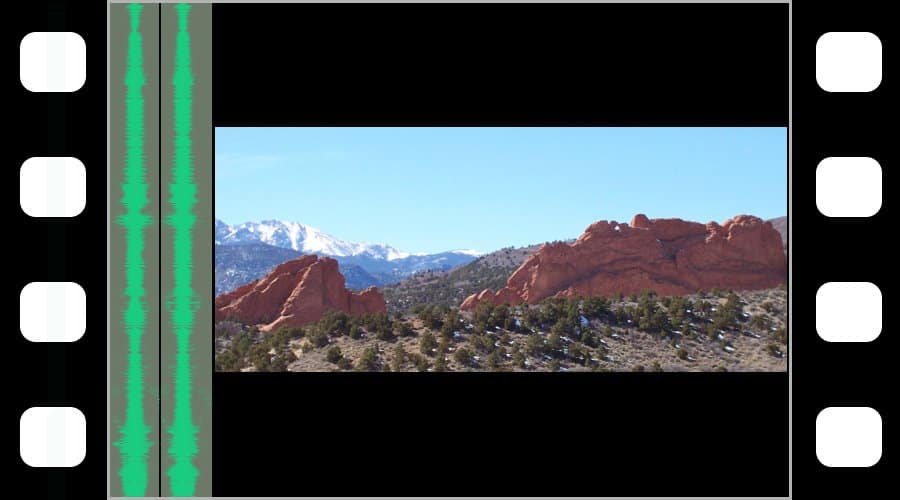 Anamorphic
see also
source
Adapted from content published on wikipedia.org
Last modified on May 11, 2019, 10:27 pm
previous
next
Videocide.com is a service provided by Codecide, a company located in Chicago, IL USA.