Anime, sometimes called Japanimation, is hand-drawn and computer animation originating from Japan. The term anime is derived from the English word animation, and in Japan is used to refer to all forms of animated media. Outside Japan, the term refers specifically to animation from Japan or to a Japanese-disseminated animation style often characterized by colorful graphics, vibrant characters, and fantastical themes. This culturally abstract approach to the word's meaning may open the possibility of anime produced in countries other than Japan.

The earliest commercial Japanese animation dates to 1917. A characteristic art style emerged in the 1960s with the works of Osamu Tezuka and spread in the second half of the 20th century, developing a large domestic and international audience. Anime can be distributed theatrically, by way of television broadcasts, directly to home media, and over the Internet. In addition to completely original works, anime are often adaptations of Japanese comics (known as manga), light novels, or video games.

Production methods and techniques related to anime have adapted over time in response to emergent technologies. As a multimedia art form, it combines graphic art, characterization, cinematography, and other creative techniques. Anime production typically focuses less on the animation of movement and more on the realism of settings as well as the use of camera effects, including panning, zooming, and angle shots. Diverse art styles are used, and character proportions and features can be quite varied, including characteristically large or realistically sized emotive eyes. Anime is classified into numerous genres targeting both broad and niche audiences.

The anime industry consists of over 430 production studios, with major names including Studio Ghibli, Gainax, and Toei Animation. Despite comprising only a fraction of Japan's domestic film market, anime makes up a majority of Japanese DVD and Blu-ray sales. It has also seen international success with the rise of English-dubbed and subbed programming. As of 2016, Japanese anime accounted for 60% of the world's animated television shows.

Anime differs greatly from other forms of animation by its diverse art styles, methods of animation, its production, and its process. Visually, anime is a diverse art form that contains a wide variety of art styles, differing from one creator, artist, and studio. While no one art style predominates anime as a whole, they do share some similar attributes in terms of animation technique and character design.

Anime follows the typical production of animation, including storyboarding, voice acting, character design, and cel production (Shirobako, itself a series, highlights many of the aspects involved in anime production). Since the 1990s, animators have increasingly used computer animation to improve the efficiency of the production process. Artists like Noburō Ōfuji pioneered the earliest anime works, which were experimental and consisted of images drawn on blackboards, stop motion animation of paper cutouts, and silhouette animation. Cel animation grew in popularity until it came to dominate the medium. In the 21st century, the use of other animation techniques is mostly limited to independent short films, including the stop motion puppet animation work produced by Tadahito Mochinaga, Kihachirō Kawamoto, and Tomoyasu Murata. Computers were integrated into the animation process in the 1990s, with works such as Ghost in the Shell and Princess Mononoke mixing cel animation with computer-generated images. Fuji Film, a major cel production company, announced it would stop cel production, producing an industry panic to procure cel imports and hastening the switch to digital processes.

Prior to the digital era, anime was produced with traditional animation methods using a pose to pose approach. The majority of mainstream anime uses fewer expressive keyframes and more in-between animation.

Japanese animation studios were pioneers of many limited animation techniques, and have given anime a distinct set of conventions. Unlike Disney animation, where the emphasis is on the movement, anime emphasizes the art quality and let limited animation techniques make up for the lack of time spent on movement. Such techniques are often used not only to meet deadlines but also as artistic devices. Anime scenes place emphasis on achieving three-dimensional views, and backgrounds are instrumental in creating the atmosphere of the work. The backgrounds are not always invented and are occasionally based on real locations, as exemplified in Howl's Moving Castle and The Melancholy of Haruhi Suzumiya. Oppliger stated that anime is one of the rare mediums where putting together an all-star cast usually comes out looking "tremendously impressive".

The cinematic effects of anime differentiate itself from the stage plays found in American animation. Anime is cinematically shot as if by a camera, including panning, zooming, distance, and angle shots to more complex dynamic shots that would be difficult to produce in reality. In anime, the animation is produced before the voice acting, contrary to American animation which does the voice acting first; this can cause lip-sync errors in the Japanese version.

Body proportions of human anime characters tend to accurately reflect the proportions of the human body in reality. The height of the head is considered by the artist as the base unit of proportion. Head heights can vary, but most anime characters are about seven to eight heads tall. Anime artists occasionally make deliberate modifications to body proportions to produce super deformed characters that feature a disproportionately small body compared to the head; many super deformed characters are two to four heads tall. Some anime works like Crayon Shin-chan completely disregard these proportions, in such a way that they resemble caricatured Western cartoons.

A common anime character design convention is exaggerated eye size. The animation of characters with large eyes in anime can be traced back to Osamu Tezuka, who was deeply influenced by such early animation characters as Betty Boop, who was drawn with disproportionately large eyes. Tezuka is a central figure in anime and manga history, whose iconic art style and character designs allowed for the entire range of human emotions to be depicted solely through the eyes. The artist adds variable color shading to the eyes and particularly to the cornea to give them greater depth. Generally, a mixture of a light shade, the tone color, and a dark shade is used. Cultural anthropologist Matt Thorn argues that Japanese animators and audiences do not perceive such stylized eyes as inherently more or less foreign. However, not all anime characters have large eyes. For example, the works of Hayao Miyazaki are known for having realistically proportioned eyes, as well as realistic hair colors on their characters.
Anime and manga artists often draw from a defined set of facial expressions to depict particular emotions

Hair in anime is often unnaturally lively and colorful or uniquely styled. The movement of hair in anime is exaggerated and "hair action" is used to emphasize the action and emotions of characters for added visual effect. Poitras traces hairstyle color to cover illustrations on manga, where eye-catching artwork and colorful tones are attractive for children's manga. Despite being produced for a domestic market, anime features characters whose race or nationality is not always defined, and this is often a deliberate decision, such as in the Pokémon animated series.

Anime and manga artists often draw from a common canon of iconic facial expression illustrations to denote particular moods and thoughts. These techniques are often different in form than their counterparts in Western animation, and they include a fixed iconography that is used as shorthand for certain emotions and moods. For example, a male character may develop a nosebleed when aroused. A variety of visual symbols are employed, including sweat drops to depict nervousness, visible blushing for embarrassment, or glowing eyes for an intense glare.

The opening and credits sequences of most anime television episodes are accompanied by Japanese pop or rock songs, often by reputed bands. They may be written with the series in mind, but are also aimed at the general music market, and therefore often allude only vaguely or not at all to the themes or plot of the series. Pop and rock songs are also sometimes used as incidental music ("insert songs") in an episode, often to highlight particularly important scenes.
Genres

Anime's genre classification differs from other types of animation and does not lend itself to simple classification. Gilles Poitras compared the labeling Gundam 0080 and its complex depiction of war as a "giant robot" anime akin to simply labeling War and Peace a "war novel". Science fiction is a major anime genre and includes important historical works like Tezuka's Astro Boy and Yokoyama's Tetsujin 28-go. A major subgenre of science fiction is mecha, with the Gundam metaseries being iconic. The diverse fantasy genre includes works based on Asian and Western traditions and folklore; examples include the Japanese feudal fairytale InuYasha and the depiction of Scandinavian goddesses who move to Japan to maintain a computer called Yggdrasil in Ah! My Goddess. Genre crossing in anime is also prevalent, such as the blend of fantasy and comedy in Dragon Half, and the incorporation of slapstick humor in the crime anime film Castle of Cagliostro. Other subgenres found in anime include magical girl, harem, sports, martial arts, literary adaptations, medievalism, and war. 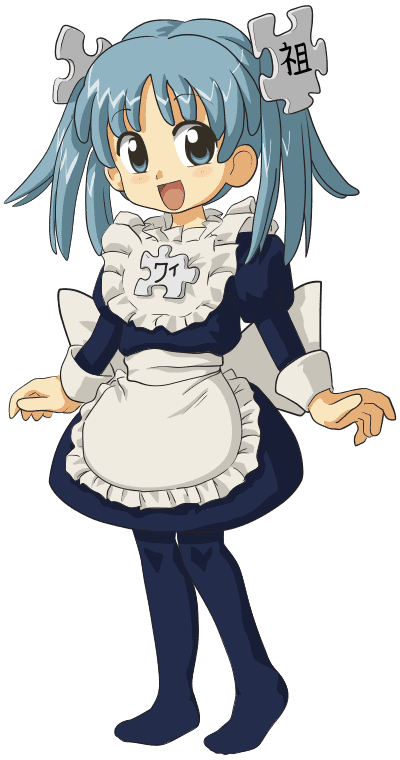