A chemical element used inside the bulbs of incandescent lamps to prevent oxidation of their filaments.

Nearly all of the argon in the Earth's atmosphere is radiogenic argon-40, derived from the decay of potassium-40 in the Earth's crust. In the universe, argon-36 is by far the most common argon isotope, as it is the most easily produced by stellar nucleosynthesis in supernovas.

The name "argon" is derived from the Greek word ἀργόν, the neuter singular form of ἀργός meaning "lazy" or "inactive", as a reference to the fact that the element undergoes almost no chemical reactions. The complete octet (eight electrons) in the outer atomic shell makes argon stable and resistant to bonding with other elements. Its triple point temperature of 83.8058 K is a defining fixed point in the International Temperature Scale of 1990.

Argon is produced industrially by the fractional distillation of liquid air. Argon is mostly used as an inert shielding gas in welding and other high-temperature industrial processes where ordinarily unreactive substances become reactive; for example, an argon atmosphere is used in graphite electric furnaces to prevent the graphite from burning. Argon is also used in incandescent, fluorescent lighting, and other gas-discharge tubes. Argon makes a distinctive blue-green gas laser. Argon is also used in fluorescent glow starters.

Incandescent lights are filled with argon, to preserve the filaments at high temperature from oxidation. It is used for the specific way it ionizes and emits light, such as in plasma globes and calorimetry in experimental particle physics. Gas-discharge lamps filled with pure argon provide lilac/violet light; with argon and some mercury, blue light. Argon is also used for blue and green argon-ion lasers. 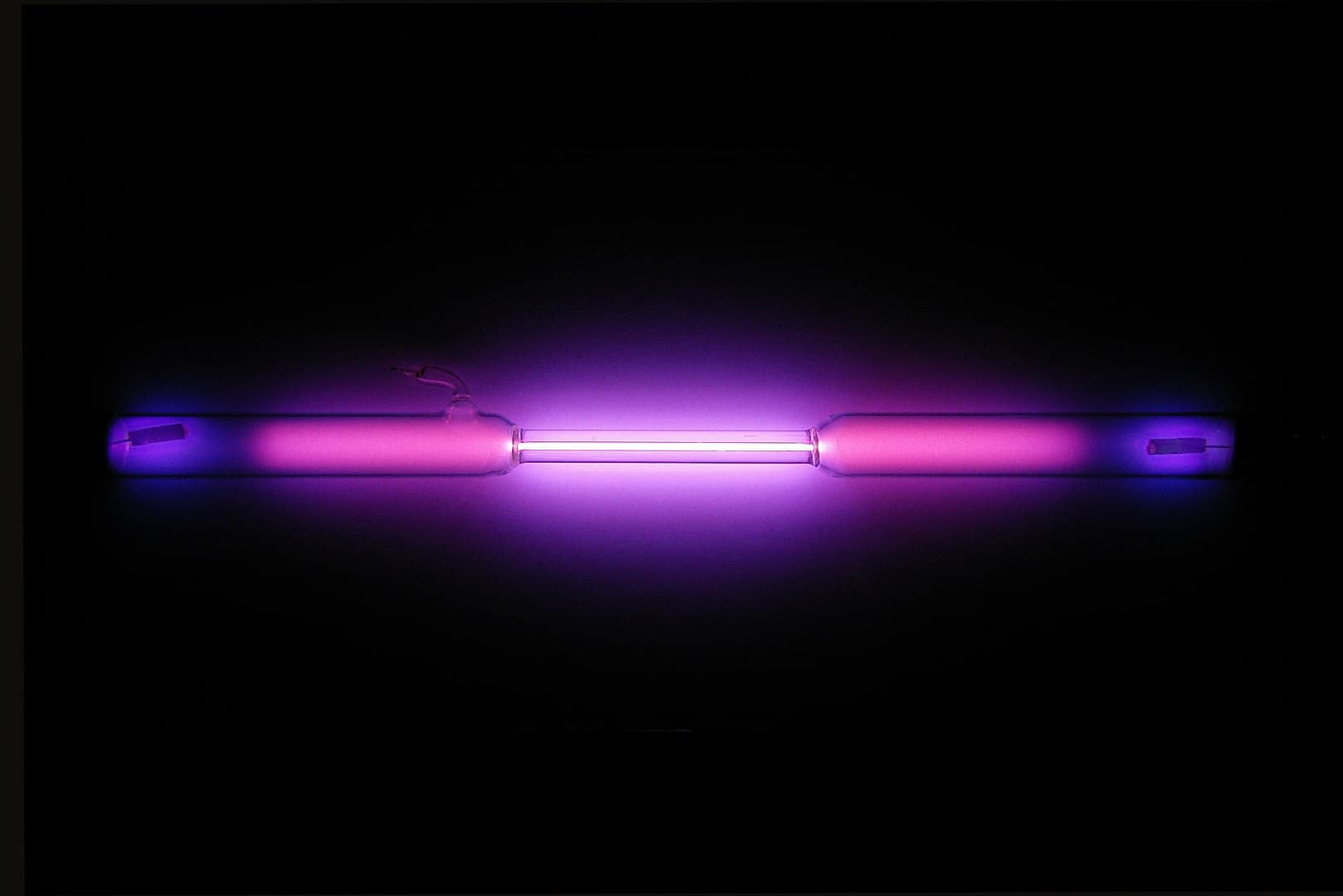 Argon
see also
source
Adapted from content published on wikipedia.org
credit
Last modified on December 1, 2019, 7:10 am
previous
next
Videocide.com is a service provided by Codecide, a company located in Chicago, IL USA.