The exposure index or speed rating of a film which denotes the film's sensitivity.

Film speed is the measure of a photographic film's sensitivity to light, determined by sensitometry and measured on various numerical scales, the most recent being the ISO system. A closely related ISO system is used to describe the relationship between exposure and output image lightness in digital cameras.

Relatively insensitive film, with a correspondingly lower speed index, requires more exposure to light to produce the same image density as a more sensitive film, and is thus commonly termed a slow film. Highly sensitive films are correspondingly termed fast films. In both digital and film photography, the reduction of exposure corresponding to use of higher sensitivities generally leads to reduced image quality (via coarser film grain or higher image noise of other types). In short, the higher the sensitivity, the grainier the image will be. Ultimately sensitivity is limited by the quantum efficiency of the film or sensor.

Based on earlier research work by Loyd Ancile Jones (1884–1954) of Kodak and inspired by the systems of Weston film speed ratings and General Electric film values, the American Standards Association (now named ANSI) defined a new method to determine and specify film speeds of black-and-white negative films in 1943. ASA Z38.2.1–1943 was revised in 1946 and 1947 before the standard grew into ASA PH2.5-1954. Originally, ASA values were frequently referred to as American standard speed numbers or ASA exposure-index numbers. (See also: Exposure Index (EI).)

The ASA scale is a linear scale, that is, a film denoted as having a film speed of 200 ASA is twice as fast as a film with 100 ASA.

The ASA standard underwent a major revision in 1960 with ASA PH2.5-1960, when the method to determine film speed was refined and previously applied safety factors against under-exposure were abandoned, effectively doubling the nominal speed of many black-and-white negative films. For example, an Ilford HP3 that had been rated at 200 ASA before 1960 was labeled 400 ASA afterwards without any change to the emulsion. Similar changes were applied to the DIN system with DIN 4512:1961-10 and the BS system with BS 1380:1963 in the following years.

In addition to the established arithmetic speed scale, ASA PH2.5-1960 also introduced logarithmic ASA grades (100 ASA = 5° ASA), where a difference of 1° ASA represented a full exposure stop and therefore the doubling of a film speed. For some while, ASA grades were also printed on film boxes, and they saw life in the form of the APEX speed value Sv (without degree symbol) as well.

ASA PH2.5-1960 was revised as ANSI PH2.5-1979, without the logarithmic speeds, and later replaced by NAPM IT2.5–1986 of the National Association of Photographic Manufacturers, which represented the US adoption of the international standard ISO 6. The latest issue of ANSI/NAPM IT2.5 was published in 1993.

On an international level, the ASA system was superseded by the ISO film speed system between 1982 and 1987, however, the arithmetic ASA speed scale continued to live on as the linear speed value of the ISO system. 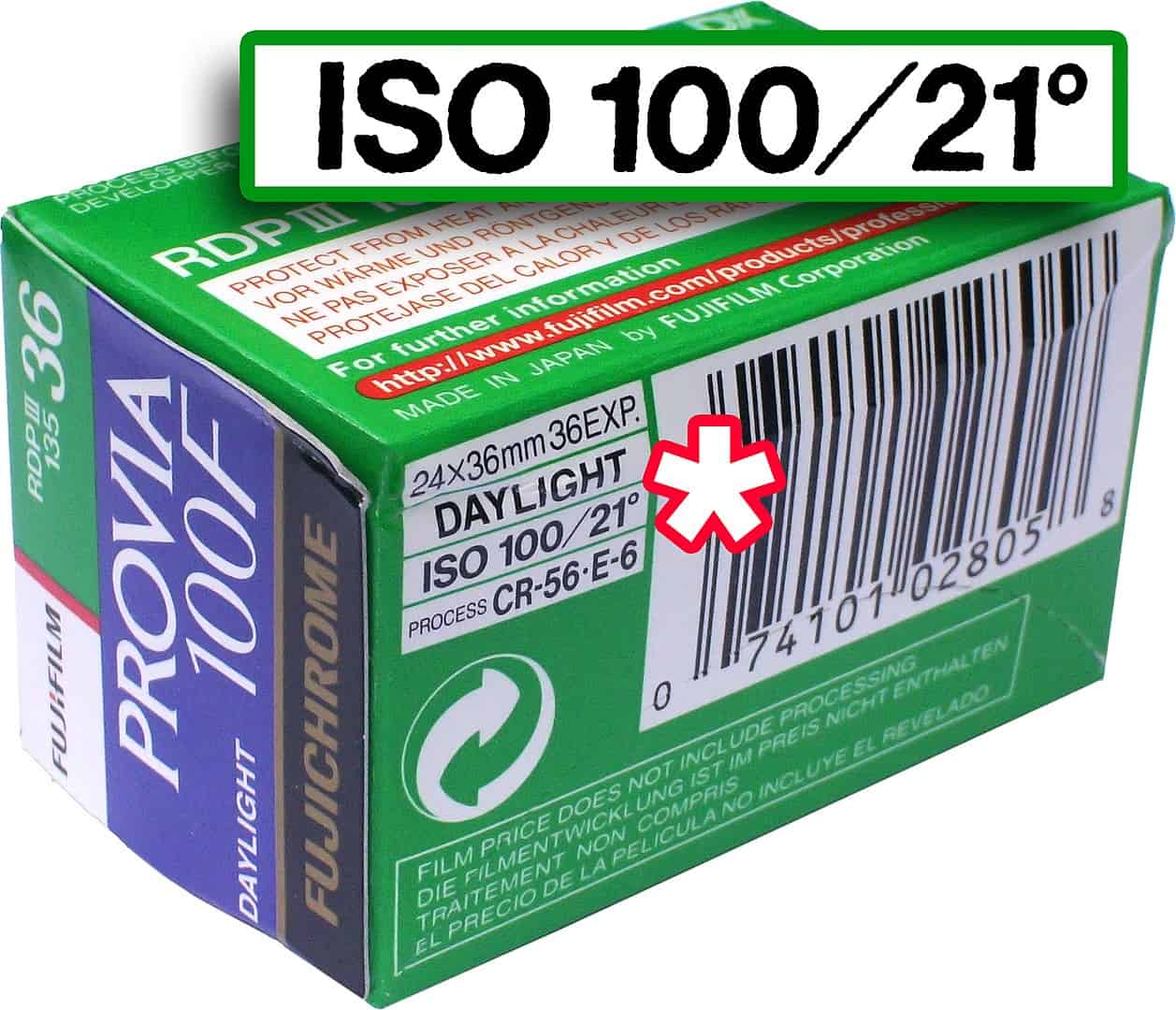