Prerecorded accompaniment for a singer or voiceover actor who then listens through headphones to a replay as he/she performs.

A backing track is an audio recording on audiotape, CD or a digital recording medium or a MIDI recording of synthesized instruments, sometimes of purely rhythmic accompaniment, often of a rhythm section or other accompaniment parts that live musicians play along with or sing along to. Backing tracks enable singers and bands to add parts to their music which would be impractical or impossible to perform live, such as string section or choir parts which were recorded in the studio. A backing track can be used by a one person band (e.g., a singer-guitarist) to add any one or more of bass, drums and keyboards to their live shows without the cost of hiring extra musicians. A small pop group or rock band (e.g., a power trio) can use backing tracks to add a string section, horn section, drumming or backing vocals to their live shows.

Bands or solo musicians may use backing tracks to add extra instrumental or vocal tracks to a live performance, to enhance the sound (as in the employment of doubled backing vocals) or to replicate more closely the instrumentation heard on a recording (as in the use of additional recorded parts such as string sections which would be costly to reproduce live.) A singer or vocal group performing without a backup band may sing along to pre-recorded music. A music track without lead vocals may also be called a karaoke, minus-one track or playback. Music backing tracks are also available for instrumental practice and jamming by jazz musicians, to help beginning to intermediate performers play to a song's rhythm part or learn to improvise over chord progressions. Backing tracks are also known as jam tracks. If bought commercially, backing tracks often use session musicians to play the instruments and backing vocals, rather than using the original recording of a song, because the rights to use the original performance of the backing parts of a song by a well-known band would be very costly to purchase.

In electronic music, some parts which have been programmed are too fast or complex to be played by a live musician. Backing tracks are also used when some or all members of a group are miming the playing of their instruments, lip-synching or using guide tracks.

Also, certain situations may dictate that a backing track must be used; some television programs require that reality TV singing contestants perform only the vocals live to simplify the process of mixing the performance, because it means that the sound engineers do not have to set up microphones for different backing bands.

Backing tracks can also be bought online through a backing track supplier and used for home practice or use in live shows.

Prior to the advent of computers, backing tracks were generally employed through the use of audio tape synced with the live performance. In the 1980s, Timbuk 3 was an early band which openly used backing tracks in live performances. The band openly displayed their "boom-box" as the third (3) member in the band. Singer-songwriter Pat MacDonald wrote, performed and pre-recorded all the tracks. T3 started out as a cheaper way to busk on the streets of Austin, Texas.

Digital sequencers afforded a new option for bands based on electronic music: a sequencer could be programmed with the MIDI control data to play back an entire song live, by generating the instrument sounds from synthesizers. However, it was not until the advent of the inexpensive portable computer (and more specifically, the digital audio workstation) that musicians were given any real choice beyond the use of tape. In the 2000s, the methods used for backing tracks vary; smaller bands frequently use CDs, DAT playback, MiniDisc or even an MP3 player; larger acts more commonly use computers or standalone MIDI-and-audio playback devices with onboard sound modules.

The use of backing tracks has drawn criticism from some music critics. Many fans dislike the use of tracks live, feeling that they detract from the integrity and honesty of a live performance. The amount of criticism tends to vary with the number of backing tracks used. The playback of additional audio such as rapid, complex synthesizer parts or string section parts while a band plays live tends to draw the least criticism; the heaviest is usually reserved for backup tracks that include all or most of the backup band's performance. Some musicians have spoken out against the use of backing tracks; notably, Elton John said in 2004 that "anyone who lip-syncs in public onstage when you pay 75 pounds to see them should be shot." (Specifically, he levied this criticism at Madonna, who does use backing tracks on tour, although accusations of lip synching were denied by her management, who argued it is not the same as miming. John later rescinded his claims of lip synching, although he continued to criticize her use of backing tracks.)

However, some musicians defend the use of tracks. For instance, Pet Shop Boys state that "There's no sneaky secrecy about it" and that their electronically based music would sound "sloppy" if played live, a view that has been echoed by other electronic groups. Roger Waters has admitted to using a pre-recorded vocal track to augment his live vocals on certain songs; his band member Norbert Stachel has agreed that it would be better for Waters to use the track than to lose his voice. 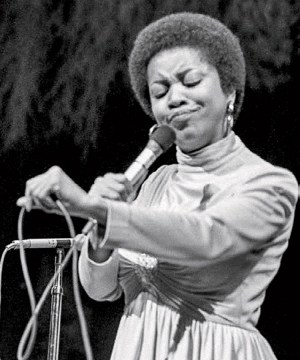 Backing Track
see also
resources
source
Adapted from content published on wikipedia.org
Last modified on July 21, 2019, 11:30 am
previous
next
Videocide.com is a service provided by Codecide, a company located in Chicago, IL USA.