Balloon lights (also called lighting balloons) are a specialized type of luminaire used primarily for lighting in the motion picture industry, night highway construction, incident management, and public security applications such as police checkpoints. These luminaires typically consist of one or more high-intensity lamps surrounded by a translucent fabric balloon. The balloon acts as a diffuser to soften and disperse the light. The upper portion of the balloon sometimes has a reflective inner coating to direct more of the light downward. Some commercial products use a blower to expand the balloon, while others have an umbrella-like internal wireframe. The device is essentially an industrial version of a Japanese paper lantern.

The lighting balloon was first patented in Germany on October 26, 1924 (patent #427894). Until the 1990s, several patents were issued, although the application was utilized very little in Western countries. The lighting balloon industry has been greatly modernized by the company Airstar. 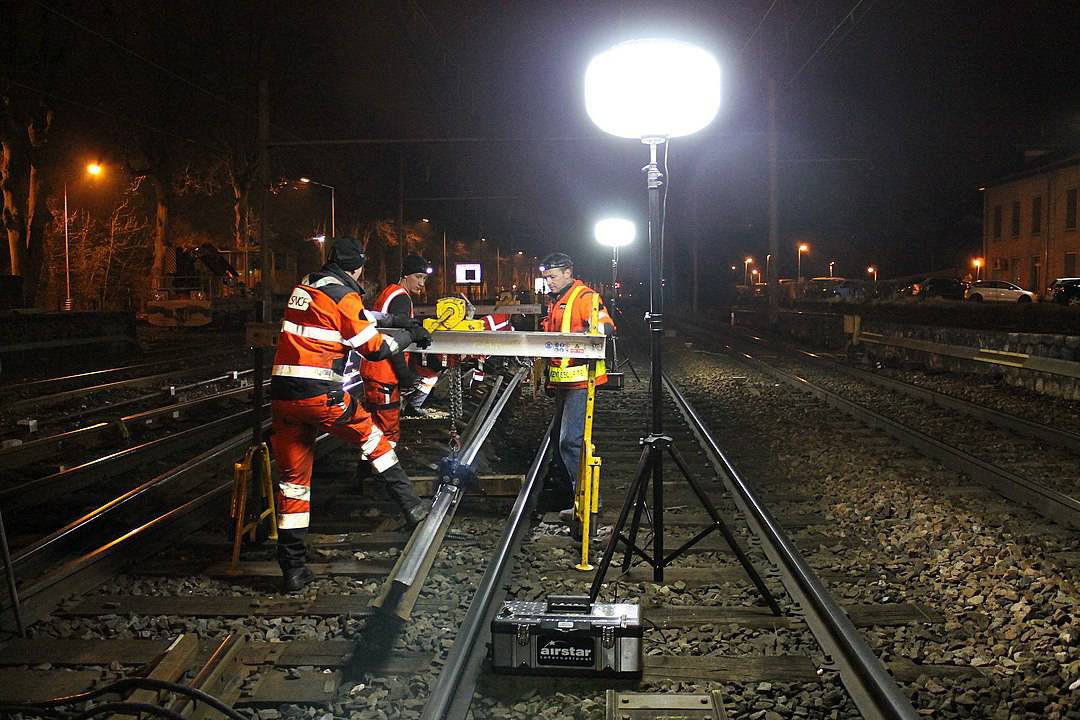