Folding doors which are mounted on to the front of a light unit in order to control illumination.

Stage lighting is the craft of lighting as it applies to the production of theater, dance, opera, and other performance arts. Several different types of stage lighting instruments are used in this discipline. In addition to basic lighting, modern stage lighting can also include special effects, such as lasers and fog machines. People who work on stage lighting are commonly referred to as lighting technicians or lighting designers.

All lights are loosely classified as either floodlights (wash lights) or spotlights. The distinction has to do with the degree to which one is able to control the shape and quality of the light produced by the instrument, with spotlights being controllable, sometimes to an extremely precise degree, and floodlights being completely uncontrollable. Instruments that fall somewhere in the middle of the spectrum can be classified as either a spot or a flood, depending on the type of instrument and how it is used. In general, spotlights have lenses while floodlights are lensless, although this is not always the case.

Within the groups of "wash" and "spot" light, there are other, more specific types of fixtures. This nomenclature also changes across the world depending on location and industry.

These fixtures feature a compound lens which allows the designer to place obstructions within the image path which are then projected. These obstructions could be "gobos" or shutters. A profile is a spot light, but allows for precise focusing. This term is mostly used in the United Kingdom and Europe, as "profile spots" in the United States and Canada are referred to as "ERS," "ellipsoidals," or just "lekos," from the original LekoLite created by Joseph Levy and Edward Kook, founders of Century Lighting, in 1933.

A Fresnel is a type of wash light and is named as such due to the Fresnel lens it features as the final optical device within the chain.

A typical moving light allows the designer to control the position, color, shape, and strobing of the light beam created. This can be used for exciting effects for the entertainment or dancefloor use. Moving lights are also often used instead of having a large number of "generic" lights. This is because one moving light can do the work of several generics.

In the UK the nomenclature is slightly different from North America. This article primarily uses the North American terminology. Although there is some adoption of the former naming conventions it has been normal to categorise lanterns by their lens type, so that what in the US is known as a spotlight is known as a Profile or a Fresnel/PC (Pebble/Plano/Prism Convex) focused tightly on a specific area of the stage (either by repositioning the lens, or by using barndoors) in the UK. A Spotlight in the UK often refers to a Followspot, or any lantern in general which has been focused tightly into a small area. The following definitions are from a North American point of view. UK naming conventions are used in most of the world, in fact most North American theatres will also use the UK terms except when talking in a more general sense (i.e. get a spotlight to focus on that set piece, or 'flood this area').

In Australia and many other places, the lamps inside a theatrical fixture are referred to as bubbles. In North American English, a bubble refers to the protrusion that occurs when one's body (or other oily substance) contacts the lamp. Heat will cause the portion of the lamp which has oil on it to expand when it is on creating the bubble, and causing the lamp to explode. That is why one should never directly touch the glass portion of a lamp. Cleaning with rubbing alcohol will remove the oil. 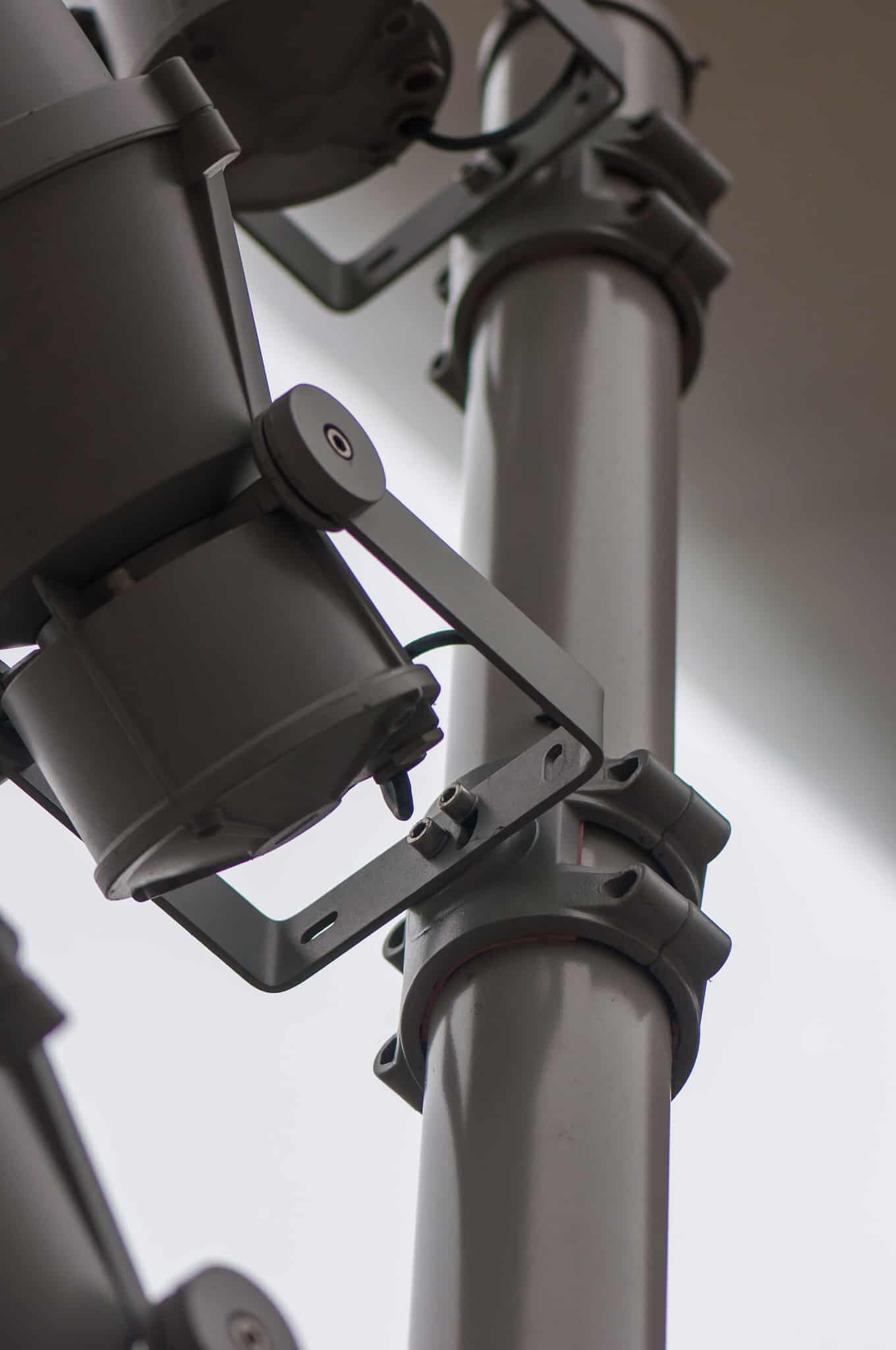