The BNC (Bayonet Neill–Concelman) connector is a miniature quick connect/disconnect radio frequency connector used for coaxial cable. The interface specifications for the BNC and many other connectors are referenced in MIL-STD-348. It features two bayonet lugs on the female connector; mating is fully achieved with a quarter turn of the coupling nut. BNC connectors are used with miniature-to-subminiature coaxial cable in radio, television, and other radio-frequency electronic equipment, test instruments, and video signals. The BNC was commonly used for early computer networks, including ARCnet, the IBM PC Network, and the 10BASE2 variant of Ethernet. BNC connectors are made to match the characteristic impedance of cable at either 50 ohms or 75 ohms. They are usually applied for frequencies below 4 GHz and voltages below 500 volts.

The BNC was originally designed for military use and has gained wide acceptance in video and RF applications to 2 GHz. The BNC uses a slotted outer conductor and some plastic dielectric on each gender connector. This dielectric causes increasing losses at higher frequencies. Above 4 GHz, the slots may radiate signals, so the connector is usable, but not necessarily stable up to about 11 GHz. Both 50 ohm and 75 ohm versions are available. The BNC connector is used for signal connections such as:

The BNC connector is used for composite video on commercial video devices. Consumer electronics devices with RCA connector jacks can be used with BNC-only commercial video equipment by inserting an adapter. BNC connectors were commonly used on 10base2 thin Ethernet network cables and network cards. BNC connections can also be found in recording studios. Digital recording equipment uses the connection for synchronization of various components via the transmission of word clock timing signals.

Typically the male connector is fitted to a cable, and the female to a panel on equipment. Cable connectors are often designed to be fitted by crimping using a special power or manual tool. Wire strippers which strip outer jacket, shield braid, and inner dielectric to the correct lengths in one operation are used.

BNC connectors are most commonly made in 50 and 75 ohm versions, matched for use with cables of the same characteristic impedance. The 75 ohm types can sometimes be recognized by the reduced or absent dielectric in the mating ends but this is by no means reliable. There was a proposal in the early 1970s for the dielectric material to be coloured red in 75 ohm connectors, and while this is occasionally implemented, it did not become standard. The 75 ohm connector is dimensionally slightly different from the 50 ohm variant, but the two nevertheless can be made to mate. The 50 ohm connectors are typically specified for use at frequencies up to 4 GHz and the 75 ohm version up to 2 GHz. A 95 ohm variant is used within the aerospace sector, but rarely elsewhere. It is used with the 95 ohm video connections for glass cockpit displays on some aircraft.

Reverse-polarity BNC (RP-BNC) is a variation of the BNC specification which reverses the polarity of the interface. In a connector of this type, the female contact normally found in a jack is usually in the plug, while the male contact normally found in a plug is in the jack. This ensures that reverse polarity interface connectors do not mate with standard interface connectors. The SHV connector is a high-voltage BNC variant that uses this reverse polarity configuration.

Smaller versions of the BNC connector, called Mini BNC and High-Density BNC (HD BNC), are manufactured by Amphenol. While retaining the electrical characteristics of the original specification, they have smaller footprints giving a higher packing density on circuit boards and equipment backplanes. These connectors have true 75-ohm impedance making them suitable for HD video applications.
Compatibility

The different versions are designed to mate with each other, and a 75 ohm and a 50 ohm BNC connector which both comply with the 2007 IEC standard, IEC 60169-8, will mate non-destructively. At least one manufacturer claims very high reliability for the connectors' compatibility.

At frequencies below 10 MHz the impedance mismatch between a 50 ohm connector or cable and a 75 ohm one has negligible effects. BNC connectors were thus originally made only in 50 ohm versions, for use with any impedance of cable. Above this frequency, however, the mismatch becomes progressively more significant and can lead to signal reflections. 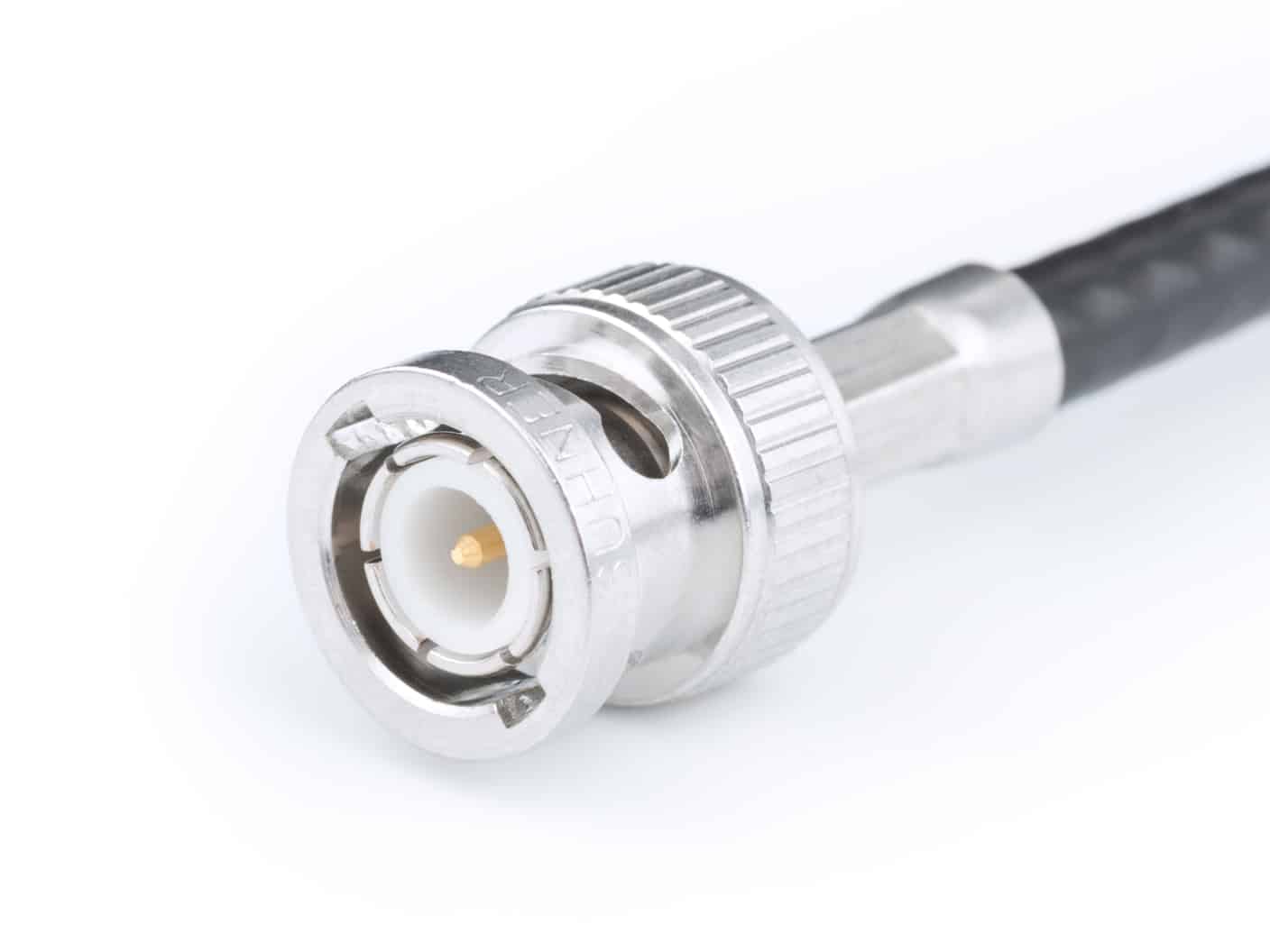