An advanced version of Betacam that allows for longer recording and an increased number of audio channels.

In 1986, Betacam SP (commonly referred to as Beta SP) was developed, which increased horizontal resolution to 340 lines. While the quality improvement of the format itself was minor, the improvement to the VTRs was enormous, in quality, features, and particularly, the new larger cassette with 90 minutes of recording time. Betacam SP (for "Superior Performance") became the industry standard for most TV stations and high-end production houses until the late 1990s. Despite the format's age, Betacam SP remained a common standard for standard definition video post-production into the 2000s. The recording time is the same as for Betacam, 30 and 90 minutes for S and L, respectively. Tape speed is slightly slower in machines working in the 625/50 format, increasing tape duration of one minute for every five minutes of run time. So, a 90-minute tape will record 108 minutes of video in PAL.

Betacam SP is able to achieve its namesake "Superior Performance" over Betacam in the fact that it uses metal-formulated tape as opposed to Betacam's ferric oxide tape. Sony designed Betacam SP to be partially forward compatible with standard Betacam, with the capability that Betacam SP tapes recorded on Betacam SP decks can be played in oxide-era Betacam VTRs (such as the BVW-15 and BVW-40 mentioned earlier), but for playback only. Betacam SP-branded tapes cannot be used for recording in consumer Betamax VCRs like oxide Betacam tapes, due to Betacam SP's metal-formulation tape causing the video heads in a Betamax deck to wear prematurely, which are made of a softer material than the heads in a standard Betacam deck. However, Betacam SP tapes can be used without a problem in ED Beta VCRs, since the ED Beta format uses metal-formulated tape as well.

The new Betacam SP studio decks were the players: The BVW-60 and BVW-65 (the BVW-65 features Dynamic Tracking); and the Edit Recorders: the BVW-70, and the Dynamic Tracking model, the BVW-75. The BVV-5 was the Betacam SP dockable camera back, which could play back in color if its companion playback adapter was used. A new SP field recorder, the BVW-35, possessed the added benefit of a standard RS422 serial control port that enabled it to be used as an edit feeder deck. Though the four new studio decks could utilize the full 90-minute Betacam SP cassettes, the BVW-35 remained limited to the original Betacam small 30-minute cassette shells. Answering a need for a basic office player, Sony also introduced the BVW-22, a much less expensive desktop model that could be used for viewing and logging 90-minute cassettes of both BetacamSP and oxide types, but could not be configured into an edit system and offered only Composite Video output.

Sony followed up the SP Field Recorder with the BVW-50, that could record and play the large-size 90-minute cassettes. After this, the deck line was relatively stagnant and incredibly popular for a decade, aside from some specialty models that could record digital audio.

Until the introduction of the BVW-200 camera though, the camera and recorder configuration was a docking system. The BVW-200 was an integrated camera recorder system. It sacrificed the flexibility of a docking camera in order to lose a substantial amount of weight. Eventually, non-docking camcorders became the most popular design by the mid-1990s.

The final Betacam SP camcorder was the BVW-600, which paired a digital professional video camera front section, very similar to the one on the DigiBeta DVW-700, with an integrated Betacam SP recorder. Like every other Betacam camera system, and unlike the DigiBeta DVW-700, the camera could not play back in color without the use of an outboard adapter.

In 1991, the less-expensive, "Professional", PV line of Betacam SP decks was introduced. The PV line consisted of only four models: the full-sized PVW-2600 (VTP), PVW-2650 (VTP with Dynamic tracking allowing up to fwd x3, whereas the BVW line only offered x2 DT playback) and PVW-2800 (VTR) editing decks, and the PVV-3 camera-dockable VTR. These high-quality machines were similar to the original BV series machines but lacked the third and fourth audio channels. In 1993, the far less expensive UVW series debuted. These machines were considerably simpler, somewhat lower quality, and were designed primarily to be used as companions to computer systems, for industrial video, and other low-cost, yet high-quality, uses. The UVW decks possessed very limited front panel controls, no jog, and shuttle; and with Time Base Corrector (TBC) control available only with an optional remote TBC controller. These were represented by the UVW-1800, a very popular editing VTR (and companion UVW-1600 edit VTP), and the non-editing UVW-1400 VTR, and UVW-1200 VTP. The UVW-100 (and later 100B) one-piece camcorder rounded out the UVW series. 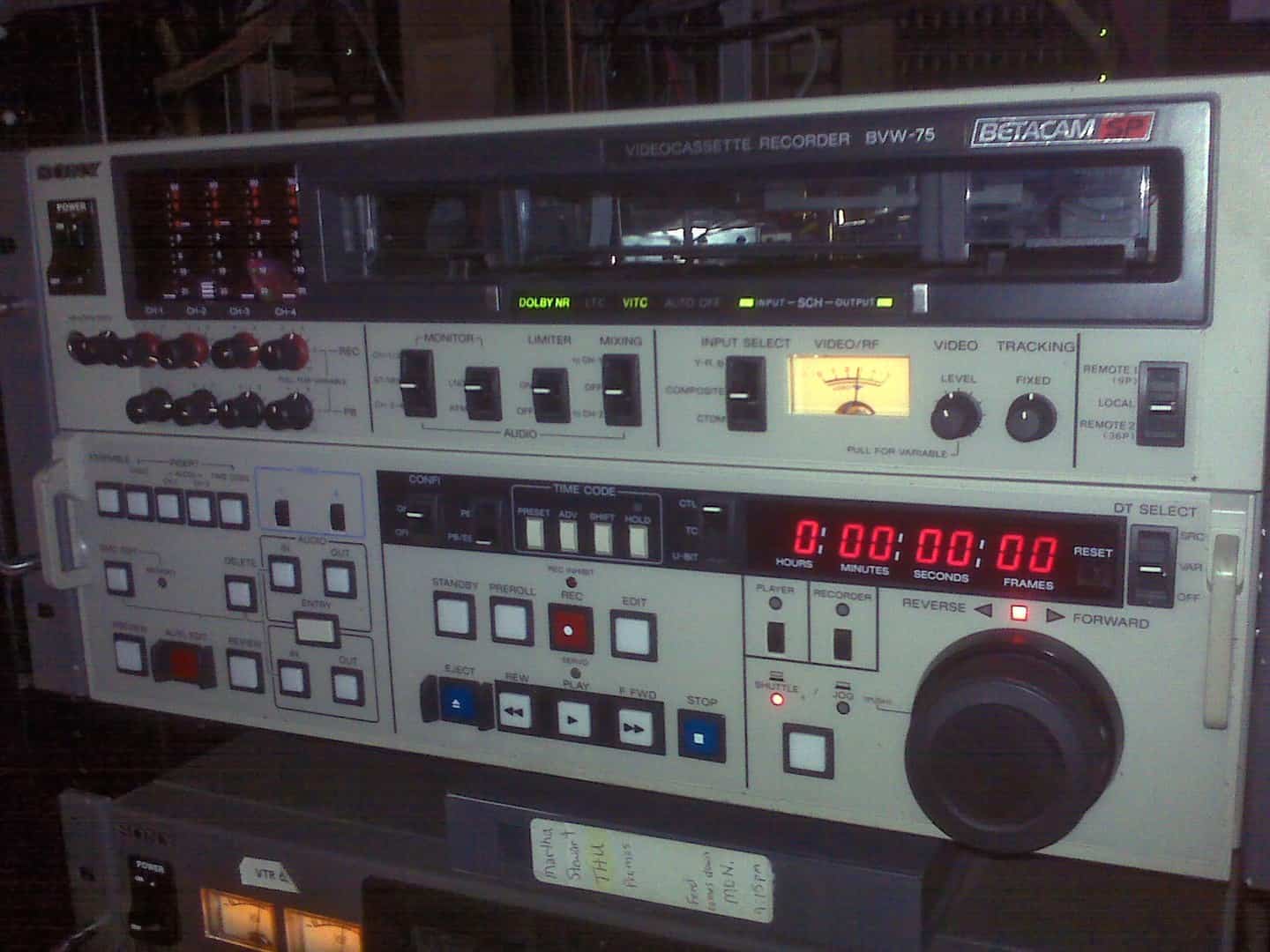