Betacam is a family of half-inch professional videocassette products developed by Sony in 1982. In colloquial use, "Betacam" singly is often used to refer to a Betacam camcorder, a Betacam tape, a Betacam video recorder or the format itself.

All Betacam variants from (plain) analog recording Betacam to Betacam SP and digital recording Digital Betacam (and additionally, HDCAM and HDCAM SR), use the same shape videocassettes, meaning vaults and other storage facilities do not have to be changed when upgrading to a new format. The cassettes are available in two sizes: S (for Short) and L (for Long). The Betacam camcorder can only load S magnetic tapes, while television studio sized video tape recorders (VTR) designed for video editing can play both S and L tapes.

The cassette shell and case for each Betacam cassette is colored differently depending on the format, allowing for easy visual identification. There is also a mechanical key that allows a video tape recorder to identify which format has been inserted. The smaller S cassettes use the same form factor as Betamax.

The format supplanted the three-quarter-inch U-Matic format, which Sony had introduced in 1971. In addition to improvements in video quality, the Betacam configuration of an integrated professional video camera/recorder led to its rapid adoption by electronic news gathering (ENG) organizations.

Even though Betacam remains popular in the field and for archiving, new tapeless digital products were leading to a phasing out of Betacam products in a television studio environment, as of 2006. 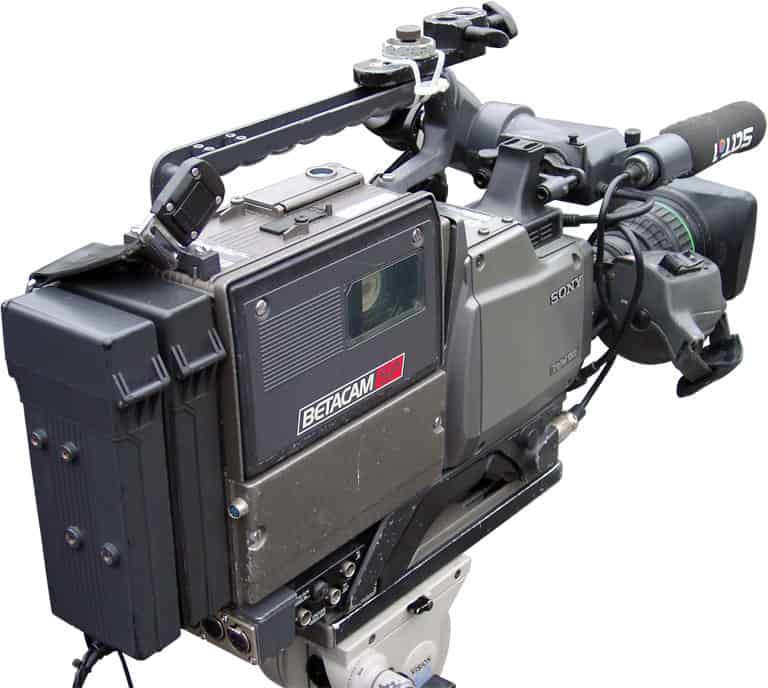