Betamax was the first home VCR format, developed by Sony.

Betamax (also called Beta, as in its logo) is a consumer-level analog-recording and cassette format of magnetic tape for video. It was developed by Sony and was released in Japan on May 10, 1975. The first Betamax device introduced in the United States was the LV-1901 console, which included a 19-inch (48 cm) color monitor, and appeared in stores in early November 1975. The cassettes contain 0.50-inch-wide (12.7 mm) videotape in a design similar to that of the earlier, professional 0.75-inch-wide (19 mm), U-Matic format. Betamax is obsolete, having lost the videotape format war to VHS. Despite this, Betamax recorders would not be discontinued until 2002, while new Betamax cassettes were available until March 2016, when Sony stopped making and selling them.

Like the rival videotape format VHS (introduced in Japan by JVC in October 1976 and in the United States by RCA in August 1977), Betamax has no guard band and uses azimuth recording to reduce crosstalk. According to Sony's history webpages, the name had a double meaning: beta is the Japanese word used to describe the way in which signals are recorded on the tape, and the shape of the lowercase Greek letter beta (β) resembles the course of the tape through the transport. The suffix -max, from the word "maximum", was added to suggest greatness. In 1977, Sony issued the first long-play Betamax VCR, the SL-8200. This VCR had two recording speeds: normal, and the newer half speed. This provided two hours' recording on the L-500 Beta videocassette. The SL-8200 was to compete against the VHS VCRs, which allowed up to 4, and later 6 and 8, hours of recording on one cassette.

Sanyo marketed a version as Betacord, which also was casually called "Beta". In addition to Sony and Sanyo, Beta-format video recorders were manufactured and sold by Toshiba, Pioneer, Murphy, Aiwa, and NEC. The Zenith Electronics Corporation and WEGA Corporations contracted with Sony to produce VCRs for their product lines. The department stores Sears (in the United States and Canada) and Quelle (in Germany) sold Beta-format VCRs under their house brands, as did the RadioShack chain of electronic stores. Betamax and VHS competed in a fierce format war, which saw VHS win in most markets. 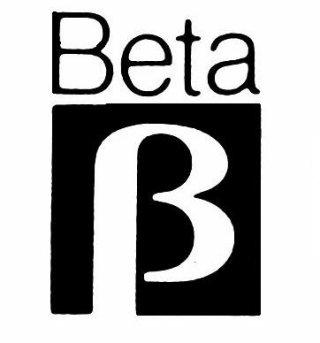