A binding post is a connector commonly used on electronic test equipment to terminate (attach) a single wire or test lead. They are also found on loudspeakers and audio amplifiers as well as other electrical equipment.

A binding post contains a central threaded metal rod and a cap that screws down on that rod. Binding posts slowly evolved from 19th-century general purpose fasteners into 20th-century electrical binding posts. Examples of binding posts used during the 19th century are telegraph key and blasting machine devices.

Caps are commonly insulated with plastic and color-coded: red commonly means an active or positive terminal; black indicates an inactive (reference or return) or negative terminal; and green indicates an earth (ground) terminal. Caps during the 19th century were typically bare metal until synthetic plastic, such as Bakelite, became available in the early 20th century.

During the late 1940s, General Radio created a new binding post that had a jack in a cap. Today it is commonly known as a "five-way" or "universal" binding post, which allows many types of connection methods:

Banana plugs, inserted into the top open end of the binding post.

In the past, it was common for multiple five-way binding posts to have their drilled holes lined up; this provided convenience in some applications as a bare wire could be strung from post to post to post. But this also impaired safety as two wires or pin connectors could be inserted from opposite sides of two binding posts and the tips of the wires or probes might inadvertently short together. Holes are now normally aligned in such a fashion that such shorts cannot occur.

In order to permit the use of double banana plugs, the most common distance between the centers of the plugs should be ​3⁄4 inch (about 19 mm), which originated on General Radio test equipment during the 1920s, however, ​3⁄4 inch is not the only spacing. 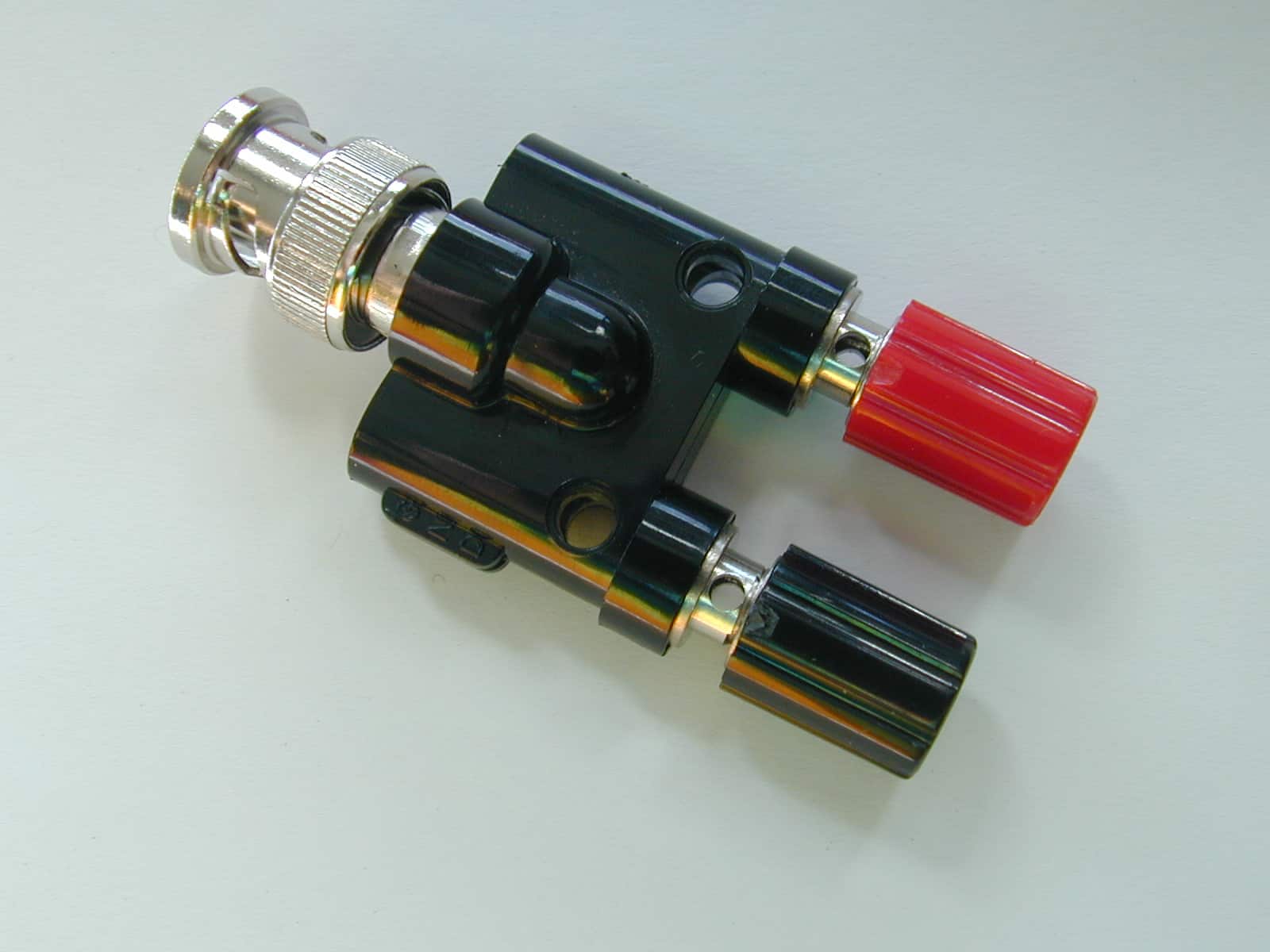 Binding post
see also
source
Adapted from content published on wikipedia.org
credit
Last modified on May 31, 2020, 9:56 pm
previous
next
Videocide.com is a service provided by Codecide, a company located in Chicago, IL USA.