A video signal with a blacked-out picture.

The process of recording a black burst* signal across the entire length of a tape. Often done before recording edited footage on the tape to give the tape clean, continuous video and sync and to ensure there is no video already on the tape.

Black and burst also known as bi-level sync and black burst is an analog signal used in broadcasting. It consists of a video signal with a blacked-out picture. It is used to synchronize video signals together to put them on the same timing plane. It provides vertical timing that allows synchronous switching between two video signals.

Black and burst also locks the color phase between signals. The burst section of the waveform allows the phase relationship of the two signals to be timed together by sending pulses to the internal oscillators of the equipment. 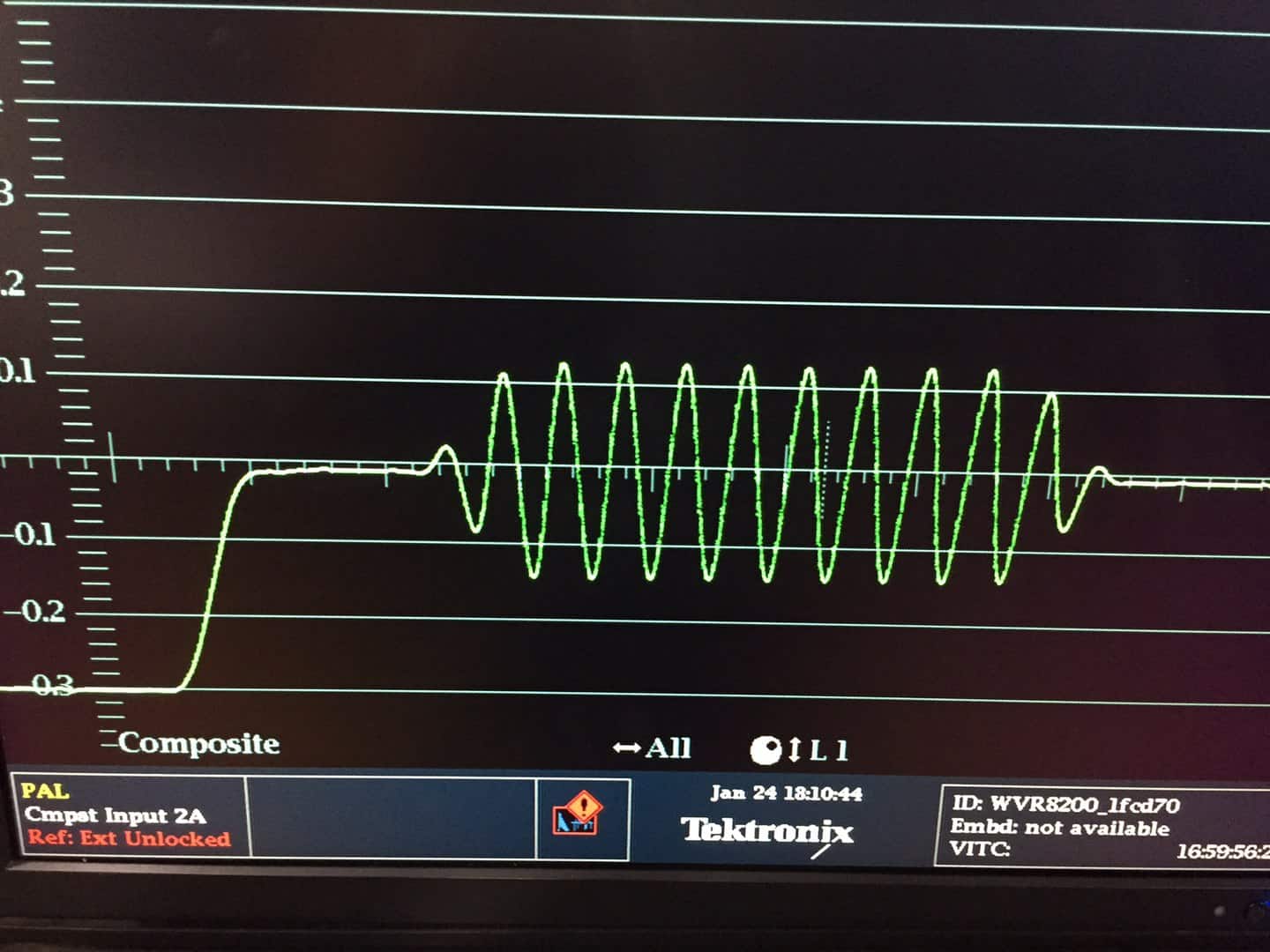