The Indian Hindi-language film industry based in Mumbai (formerly Bombay).

Hindi cinema, often known as Bollywood and formerly as Bombay cinema, is the Indian Hindi-language film industry based in Mumbai (formerly Bombay). The term is a portmanteau of "Bombay" and "Hollywood". The industry is related to the Cinema of South India and other Indian film industries, making up Indian Cinema—the world's largest by the number of feature films produced.

The most popular commercial genre in Bollywood since the 1970s has been the masala film, which freely mixes different genres including action, comedy, romance, drama, and melodrama along with musical numbers. Masala films generally fall under the musical film genre, of which Indian cinema has been the largest producer since the 1960s when it exceeded the American film industry's total musical output after musical films declined in the West; the first Indian musical talkie was Alam Ara (1931), several years after the first Hollywood musical talkie The Jazz Singer (1927). Alongside commercial masala films, a distinctive genre of art films known as parallel cinema has also existed, presenting realistic content and avoidance of musical numbers. In more recent years, the distinction between commercial masala and parallel cinema has been gradually blurring, with an increasing number of mainstream films adopting the conventions which were once strictly associated with parallel cinema.

"Bollywood" is a portmanteau derived from Bombay (the former name for Mumbai) and Hollywood, California, the center of the American film industry. Unlike Hollywood, Bollywood is not a physical place; its name is criticized by some film journalists and critics, who believe it implies that the industry is a poor cousin of Hollywood.

According to OxfordDictionaries.com, the word "Bollywood" originated during the 1970s, when Indian cinema overtook Hollywood in film production. A number of journalists have been credited by newspapers with coining the word. According to a 2004 article in The Hindu, journalist Bevinda Collaco coined the word; a Telegraph article the following year report that Amit Khanna was its creator.

According to Madhava Prasad, author of Surviving Bollywood, the term "Bollywood" was preceded by "Tollywood", which then referred to the cinema of West Bengal. The Bengali film industry, based in Tollygunge, Calcutta, was referred to as "Tollywood" in a 1932 American Cinematographer article. 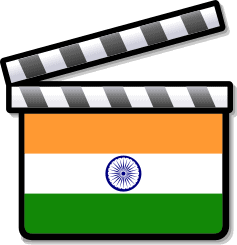 Bollywood
see also
resources
source
Adapted from content published on wikipedia.org
credit
Last modified on August 29, 2020, 3:59 am
previous
next
Videocide.com is a service provided by Codecide, a company located in Chicago, IL USA.