An audio or video recording of a performance not officially released by the artist or under other legal authority.

A bootleg recording is an audio or video recording of a performance not officially released by the artist or under other legal authority. Making and distributing such recordings is known as bootlegging. Recordings may be copied and traded among fans without financial exchange, but some bootleggers have sold recordings for profit, sometimes by adding professional-quality sound engineering and packaging to the raw material. Bootlegs usually consist of unreleased studio recordings, live performances, or interviews with unpredictable quality.

The practice of releasing unauthorized performances had been established before the 20th century but reached new popularity with Bob Dylan's Great White Wonder, a compilation of studio outtakes and demos released in 1969 using low-priority pressing plants. The following year, the Rolling Stones' Live'r Than You'll Ever Be, an audience recording of a late 1969 show, received a positive review in Rolling Stone. Subsequent bootlegs became more sophisticated in packaging, particularly the Trademark of Quality label with William Stout's cover artwork. Compact disc bootlegs first appeared in the 1980s, and internet distribution became increasingly popular in the 1990s.

Changing technologies have affected the recording, distribution, and profitability of the bootlegging industry. The copyrights for the music and the right to authorize recordings often reside with the artist, according to several international copyright treaties. The recording, trading, and sale of bootlegs continue to thrive, even as artists and record companies release official alternatives.

The word "bootleg" originates from the practice of smuggling illicit items in the legs of tall boots, particularly the smuggling of alcohol during the American Prohibition era. The word, over time, has come to refer to any illegal or illicit product. This term has become an umbrella term for illicit, unofficial, or unlicensed recordings, including vinyl LPs, silver CDs, or any other commercially sold media or material. The alternate term ROIO (an acronym meaning "Recording of Indeterminate / Independent Origin) or VOI (Video....) arose among Pink Floyd collectors, to clarify the recording source and copyright status was hard to determine.

Although unofficial and unlicensed recordings had existed before the 1960s, the very first rock bootlegs came in plain sleeves with the title rubber stamped on it. However, they quickly developed into more sophisticated packaging, in order to distinguish the manufacturer from inferior competitors. With today's packaging and desktop publishing technology, even the layman can create "official" looking CDs. With the advent of the cassette and CD-R, however, some bootlegs are traded privately with no attempt to be manufactured professionally. This is even more evident with the ability to share bootlegs via the Internet.

Bootlegs should not be confused with counterfeit or unlicensed recordings, which are merely unauthorized duplicates of officially released recordings, often attempting to resemble the official product as close as possible. Some record companies have considered that any record issued outside of their control, and for which they do not receive payment, to be a counterfeit, which includes bootlegs. However, some bootleggers are keen to stress that the markets for bootleg and counterfeit recordings are different, and a typical consumer for a bootleg will have bought most or all of that artist's official releases anyway.
The most common type is the live bootleg, or audience recording, which is created with sound recording equipment smuggled into a live concert. Many artists and live venues prohibit this form of recording, but from the 1970s onwards the increased availability of portable technology made such bootlegging easier, and the general quality of these recordings has improved over time as consumer equipment becomes sophisticated. A number of bootlegs originated with FM radio broadcasts of live or previously recorded live performances. Other bootlegs may be soundboard recordings taken directly from a multi-track mixing console used to feed the public address system at a live performance. Artists may record their own shows for private review, but engineers may surreptitiously take a copy of this, which ends up being shared. As a soundboard recording is intended to supplement the natural acoustics of a gig, a bootleg may have an inappropriate mix of instruments, unless the gig is so large that everything needs to be amplified and sent to the desk.

Some bootlegs consist of private or professional studio recordings distributed without the artist's involvement, including demos, works-in-progress, or discarded material. These might be made from private recordings not meant to be widely shared, or from master recordings stolen or copied from an artist's home, a recording studio or the offices of a record label, or they may be copied from promotional material issued to music publishers or radio stations, but not for commercial release. A theme of early rock bootlegs was to copy deleted records, such as old singles and B-sides, onto a single LP, as a cheaper alternative to obtaining all the original recordings. Strictly speaking, these were unlicensed recordings, but because the work required to clear all the copyrights and publishing of every track for an official release was considered to be prohibitively expensive, the bootlegs became popular. Some bootlegs, however, did lead to official releases. The Who's Zoo bootleg, collecting early singles of The Who, inspired the official album Odds And Sods, which beat the bootleggers by issuing unreleased material, while various compilations of mid-1960s bands inspired the Nuggets series of albums. 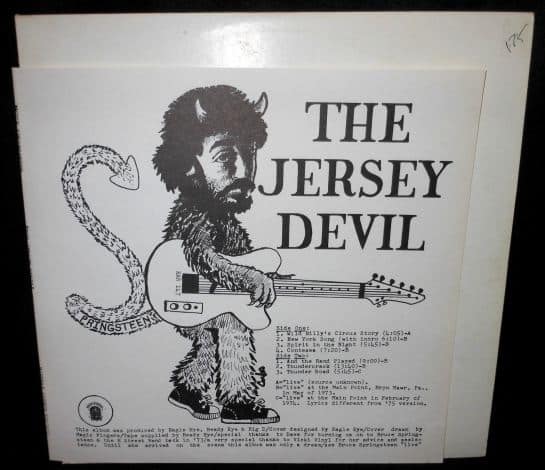 Bootleg
see also
source
Adapted from content published on wikipedia.org
credit
Last modified on August 29, 2020, 4:22 am
previous
next
Videocide.com is a service provided by Codecide, a company located in Chicago, IL USA.