A film genre in which two people—often both men—are put together and on an adventure, a quest, or a road trip.

The buddy film is a film genre in which two people—often both men—are put together and on an adventure, a quest, or a road trip. The two often contrast in personality, which creates a different dynamic onscreen than a pairing of two people of the opposite gender. The contrast is sometimes accentuated by an ethnic difference between the two. The buddy film is commonplace in American cinema; unlike some other film genres, it endured through the 20th century with different pairings and different themes.

A buddy film portrays the pairing of two people, often the same sex, historically men. A friendship between the two people is the key relationship in a buddy film. The two people often come from different backgrounds or have different personalities, and they tend to misunderstand one another. Through the events of the buddy film, they gain a stronger friendship and mutual respect. Buddy films often deal with crises of masculinity, especially related to class, race, and gender. American Masculinities: A Historical Encyclopedia explains, " offer male movie-going audiences an opportunity to indulge in a form of male bonding and behavior usually discouraged by social constraints." Ira Konigsberg wrote in The Complete Film Dictionary, "Such films extol the virtues of male comradeship and relegate male-female relationships to a subsidiary position."

The Los Angeles Times in 2001 called the genre "a necessary escapist fantasy", writing, "It's one of the few arenas where men can openly express their feelings for each other, even though men on screen today seem less comfortable with each other than ever before." In buddy films, the two men are markedly different, and their relationship with each other is challenged by events in the film. The two are often different enough that one is aggravated by the other. The interaction between two men also differs from the interaction between a man and a woman, which shapes a film's dynamics. Robert Kolker writes in A Cinema of Loneliness, "The buddy complex views sexuality as an obstacle to manly acts. But this denial of sexuality carries a covert admission of the possibilities of homosexuality, which, of course, is inadmissible." Kolker says the main characters typically have relationships with female secondary characters who are relegated to the background. In the 1962 Italian film Il sorpasso (English title: The Easy Life), the characters Roberto and Bruno spend time together and grow emotionally attached. Sergio Rigoletto writes, "Their statements of emotional proximity are... always quite oblique... in doing so they comply with the dominant social conventions according to which the love between two men cannot be clearly spoken in films." While the characters do not have sex with women in the film, they express the desire for heterosexual adventures. Women in the film are secondary characters and possess traits that negatively contrast them with the male-male relationship.

A female buddy film is similar to a buddy film except that the main characters are female, and it is centered on their situation. The cast may be mainly female depending on the plot. "The female buddy film is a recent trend in mainstream cinema. However, Thelma and Louise in the early ‘90s had a similar popular impact to Butch Cassidy and the Sundance Kid, paving the way for onscreen female friendships such as those in Waiting to Exhale and Walking and Talking, and the relationship between Evelyn Couch and Ninny Threadgoode in Fried Green Tomatoes,."

Buddy films are often hybridized with other film genres, such as road movies, Westerns, comedies, and action films featuring cops. The "threats to masculinity" of the male-male relationship depend on the genre: women in comedies, the law in films about outlaw buddies, and criminals in action films about cop buddies. 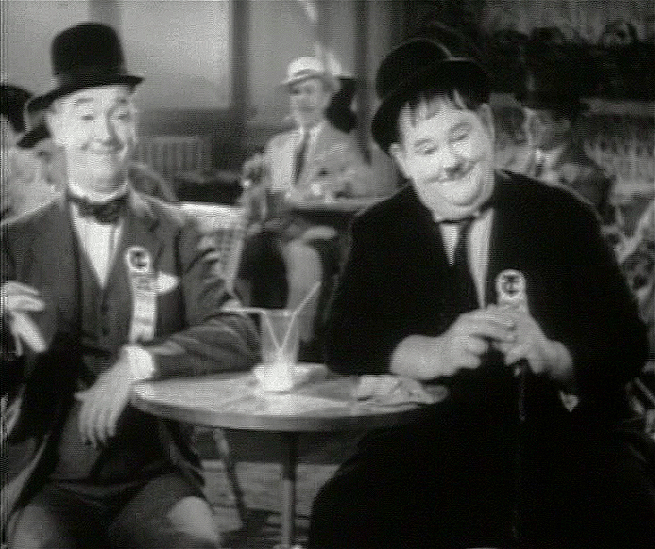 Buddy film
see also
source
Adapted from content published on wikipedia.org
credit
Last modified on January 1, 2020, 11:45 am
previous
next
Videocide.com is a service provided by Codecide, a company located in Chicago, IL USA.