G-clamp
A clamp for attaching a large piece of hardware to a pipe or batten.

A c-clamp is a piece of hardware used to attach bigger hardware — such as lighting instruments, speakers, or dimmers — to a pipe or batten. C-clamps today are usually constructed of aluminum, but steel is also common.

The C-clamp gets its name from its shape, which is similar to the letter C. It is also known as a G-clamp for the same reason. It may also be referred to as a pipe clamp because it is often used to fasten hardware to pipes.

C-clamps function by affixing a bolt (the "shaft bolt") to the hardware they are to hold in place, such as through the yoke of a lighting instrument, and securely fastening this bolt to the clamp shaft. The open end of the clamp is then placed over the batten, and a bolt (the clamp bolt) is tightened to secure the c-clamp. C-clamps for stage lighting fixtures usually also have a pan screw (also known as a grub bolt), which when loosened will allow the clamp shaft, and therefore the fixture, to be rotated 360 degrees while maintaining a secure connection to the batten.

When using c-clamps, take care not to overtighten the bolt that attaches the clamp to the batten. If the bolt is overtightened, it can drill into the batten, weakening the batten's integrity. 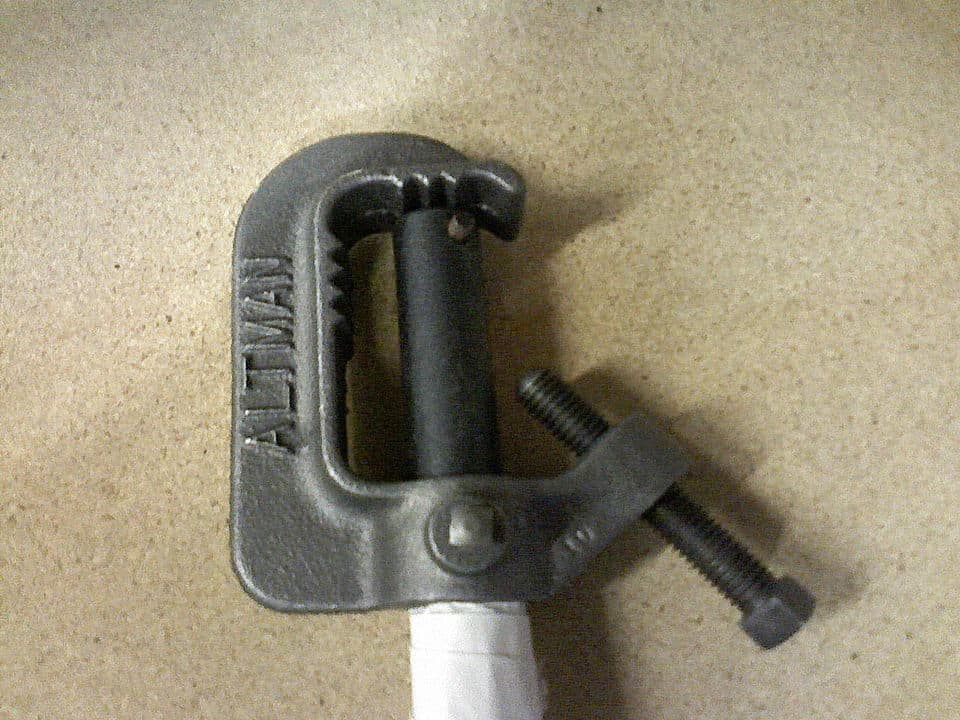 C-Clamp
also known as
see also
resources
source
Adapted from content published on wikipedia.org
credit
Last modified on May 25, 2021, 4:47 am
previous
next
Videocide.com is a service provided by Codecide, a company located in Chicago, IL USA.