A C-mount is a standard threaded, male-to-female mount interface for small camera lenses.

Merely to say that a lens is "C-mount" says very little about the lens' intended use. C-mount lenses have been made for many different formats. C-mount lenses are built for the 8 mm and 16 mm film formats and the 1/3", 1/2", 2/3", 1", and 4/3" video formats, which corresponds to a range of image circles approximately from 5 to 22 mm in diameter.

Some TV lenses lack provision to focus or vary the aperture, so may not operate properly with film cameras. Also, some TV lenses may have bits that protrude behind the mount far enough to interfere with the shutter or reflex finder mechanisms of a film camera.

Although C-mount lenses have a back focal distance far too short to be used with 35 mm film SLRs or any existing digital SLR, they can be mounted on interchangeable-lens mirrorless digital cameras. One such system is the Micro Four Thirds, being used by Olympus and Panasonic. However, the vast majority of C-mount lenses produce an image circle too small to effectively cover the entire (micro-)four-thirds sensor, which has approximately 22 mm diagonal. This produces what is popularly called vignetting but is better described as a mismatch between camera format and lens format. The Nikon 1 series and the Pentax Q series can use C-mount lenses without vignetting.

C mount was created by Bell & Howell for their Filmo 70 cine cameras. The earliest Filmos had a slightly different mount, known as A mount, and B mount. C mount was found on Filmo 70 cameras with serial numbers 54090 and higher, probably from about 1926. Soon after, other camera manufacturers adopted the same mount, and it became a de facto standard for 16 mm cine cameras. 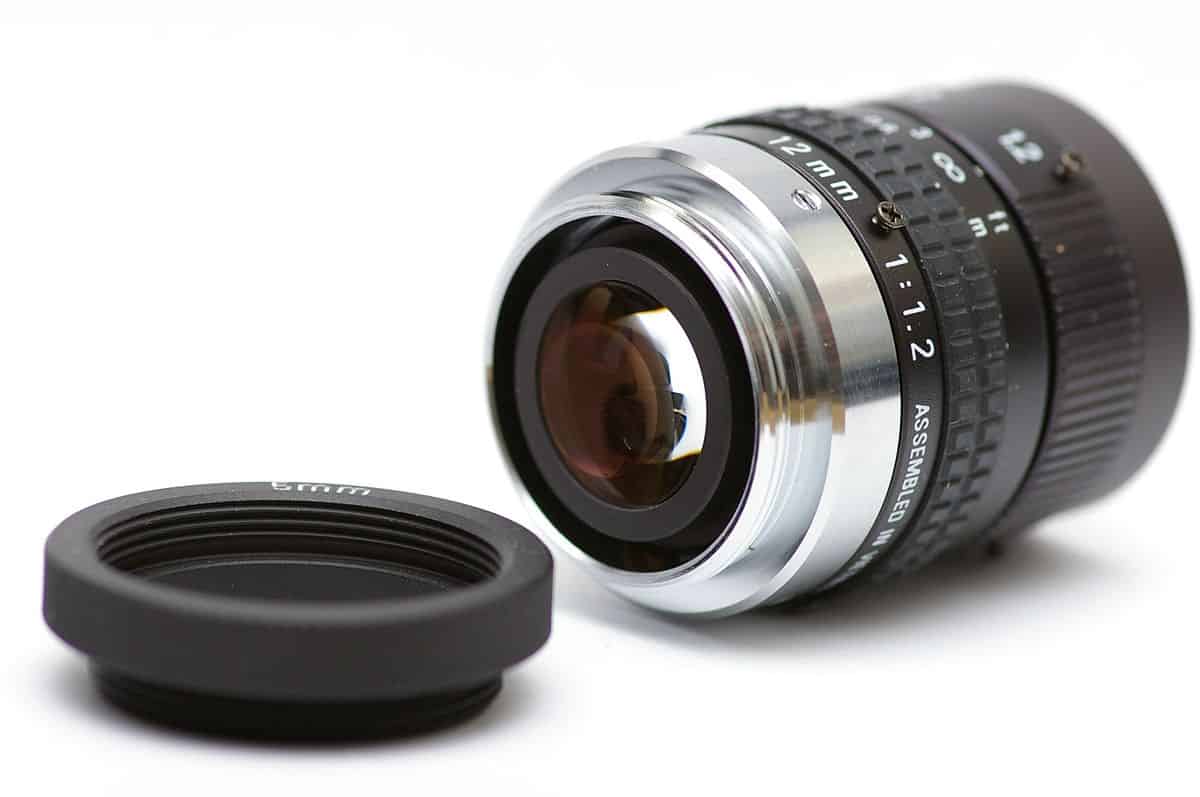