A small video camera that records video onto a storage device.

A camcorder is a small video camera that records video onto a storage device. It was originally a combination of a video camera and a VCR. Now, camcorders are digital devices, with digital-to-digital recording replacing tape. Digital camcorders store their video content on various kinds of storage media.

The term may be used to describe a portable device that captures and records video, often with advanced features that surpass more common cameras. Modern technology has introduced many new recording devices that are capable of filming even though their main purpose is to photograph.

Panasonic launched DVCPRO HD in 2000, expanding the DV codec to support high definition (HD). The format was intended for professional camcorders and used full-size DVCPRO cassettes. In 2003 Sony, JVC, Canon, and Sharp introduced HDV as the first affordable HD video format, due to its use of inexpensive MiniDV cassettes.

Sony introduced the XDCAM tapeless video format in 2003, introducing the Professional Disc (PFD). Panasonic followed in 2004 with its P2 solid-state memory cards as a recording medium for DVCPRO-HD video. In 2006 Panasonic and Sony introduced AVCHD as an inexpensive, tapeless, high-definition video format. AVCHD camcorders are produced by Sony, Panasonic, Canon, JVC, and Hitachi. About this time, some consumer-grade camcorders with hard disk and/or memory card recording used MOD and TOD file formats, accessible by USB from a PC.

In 2010, after the success of James Cameron's 2009 3D film Avatar, full 1080p HD 3D camcorders entered the market. With the proliferation of file-based digital formats, the relationship between recording media and recording format has declined; video can be recorded onto different media. With tapeless formats, recording media are storage for digital files.

In CES (January) 2014, Sony announced the first consumer/low-end professional ("prosumer") camcorder Sony FDR-AX100 with a 1" 20.9MP sensor able to shoot 4K video in 3840x2160 pixels 30fps or 24fps in the XAVC-S format; in standard HD the camcorder can also deliver 60fps. When using the traditional format AVCHD, the camcorder supports 5.1 surround sound from its built-in microphone, this is however not supported in the XAVC-S format. The camera also has a 3-step ND filter switch for maintaining a shallow depth of field or a softer appearance to motion. For one-hour video shooting in 4K the camera needs about 32 GB to accommodate a data transfer rate of 50 Mbit/s. The camera's MSRP in the US is USD $2,000.

In early 2014 Sony released the FDR-AX100 which represents the next generation of camcorders. It is capable of shooting in 4K resolution. It currently has a price tag of £1,699 and 4K camcorders are not expected to come into the mainstream market for at least another eight to ten years as most current Blu-ray players are not capable of playing 4K video. Virtually all mainstream TVs are not 4K ready either with the only 4K TVs available being very expensive at £2,500 or over. The only means of archiving 4K video is the 100 GB Blu-ray Disc XL but the discs are very expensive.

In September 2014 Panasonic announced and claimed 4K Ultra HD Camcorder HC-X1000E as the first conventional camcorder design that can capture up to 60fps at 150 Mbit/s or alternatively standard HD recording at up to 200 Mbit/s in ALL-I mode with MP4, MOV, and AVCHD formats all offered depending on the resolution and frame rate. With the use 1/2.3" small sensor as commonly is used by bridge cameras, the camcorder has a 20x optical zoom in a compact body with dual XLR audio inputs, Internal ND filters, and separate control rings for focus, iris, and zoom. In HD capture, the camcorder gets the benefit to reduce noises of the small sensor by in-camera downscaling of the 4K image to HD.

As of January 2017, the only major manufacturer to announce new consumer camcorders at CES (Consumer Electronics Show) in Las Vegas was Canon with its entry-level HD models. Panasonic only announced details regarding their Mirrorless Micro Four Thirds Digital Camera called the LUMIX GH5, capable of shooting 4K in 60p. This is the first time in decades that Panasonic & Sony haven't announced new traditional camcorders at CES, & instead carried over 2016's models, such as Sony's FDR-AX53. This is due to there being far less demand in the market for traditional camcorders as more & more consumers prefer to record video with their 4K-capable smartphones, DSLRs, and action cameras from GoPro, Xiaomi, Sony, Nikon, and many others.

Camcorders have three major components: lens, imager, and recorder. The lens gathers light, focusing it on the imager. The imager (usually a CCD or CMOS sensor; earlier models used vidicon tubes) converts incident light into an electrical signal. The recorder converts the electrical signal to video, encoding it in a storable form. The lens and imager comprise the "camera" section. 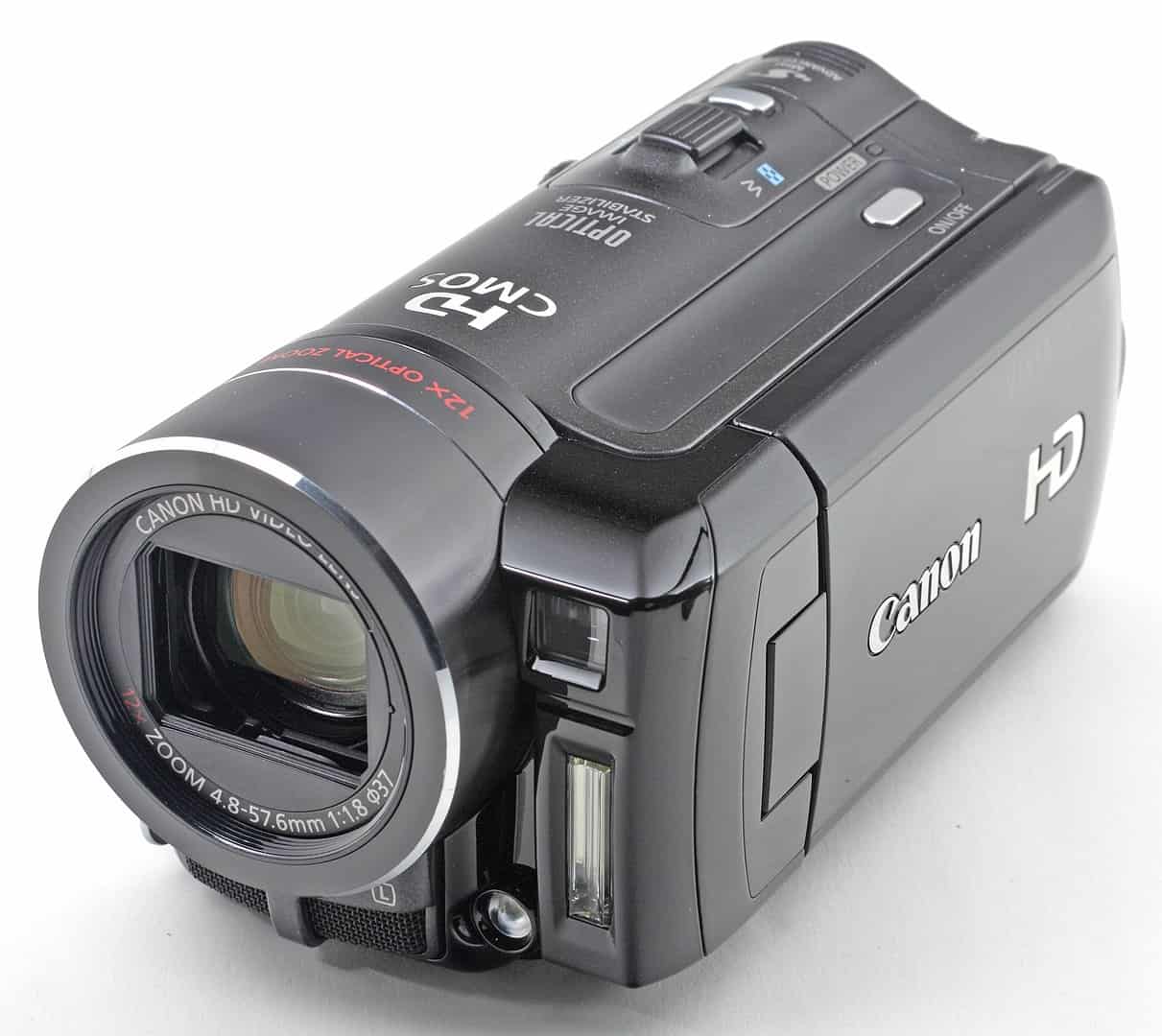