The process of rotating the position of the camera(s) and adjusting the lens size and focus during a particular scene.

In filmmaking, camera blocking is the process of rotating the position of the camera(s) and adjusting the lens size and focus during a particular scene.

In theatre, blocking is the precise staging of actors in order to facilitate the performance of a play, ballet, film, or opera. Historically, the expectations of staging/blocking have changed substantially over time in the Western theater. Prior to the movements toward realism that occurred in the 19th century, most staging used a tableau approach, in which a stage picture was established whenever characters entered or left the stage, ensuring that leading performers were always shown to their best advantage. In more recent times—while nothing has changed about showing leading performers to best advantage—there have been changing cultural expectations that have made blocking/staging more complicated. There are also artistic reasons why blocking can be crucial. Through careful use of positioning on the stage, a director or performer can establish or change the significance of a scene. Different artistic principles can inform blocking, including minimalism and naturalism.

Both "blocking" and "block" were applied to stage and theater from as early as 1961. The term derives from the practice of 19th-century theatre directors such as Sir W. S. Gilbert who worked out the staging of a scene on a miniature stage using blocks to represent each of the actors. (Gilbert's practice is depicted in Mike Leigh's 1999 film Topsy-Turvy.)

Blocking in theater and film

In contemporary theater, the director usually determines blocking during rehearsal, telling actors where they should move for the proper dramatic effect, ensure sightlines for the audience and work with the lighting design of the scene.

Each scene in a play is usually "blocked" as a unit, after which the director will move on to the next scene. The positioning of actors on stage in one scene will usually affect the possibilities for subsequent positioning unless the stage is cleared between scenes.

During the blocking rehearsal, the assistant director, stage manager or director take notes about where actors are positioned and their movements on stage. It is especially important for the stage manager to note the actors' positions, as a director is not usually present for each performance, and it becomes the stage manager's job to ensure that actors follow the assigned blocking from one performance to the next.

In movies, the term blocking is sometimes used to speak of the arrangement of actors in the frame. In this context, there is also a need to consider the movement of the camera as part of the blocking process. 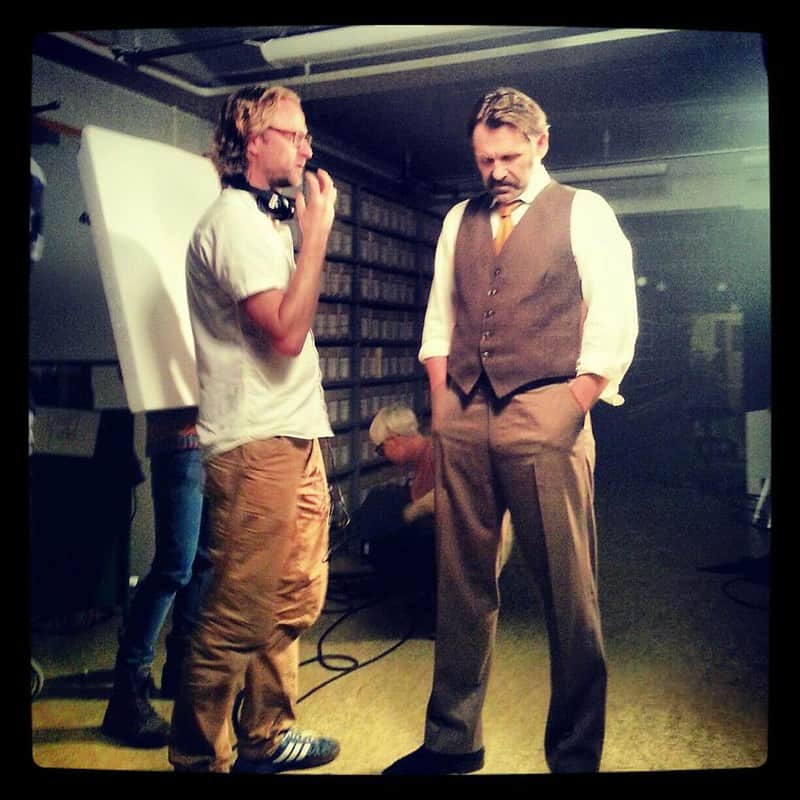