Camerawoman
The professional operator of a film or video camera who is part of a film, video, or television production crew.

In filmmaking, the cinematographer or director of photography is sometimes called a lighting director. He/she may operate the camera or enlist the aid of a camera operator to operate it or set the controls.

The first assistant cameraman, also known as a focus puller, is responsible for the maintenance of the camera, such as clearing dirt from the film gate and adjusting the following focus. A second assistant cameraman, also known as a clapper loader, might be employed to load film, slate scenes, or maintain the camera report (a log of scenes, takes, rolls, photographic filters used, and other production data).

A camera operator in a video production may be known by titles like:

depending on the context and technology involved. As of 2016, there were over 59 000 television, video, and motion picture camera operators employed in the United States. 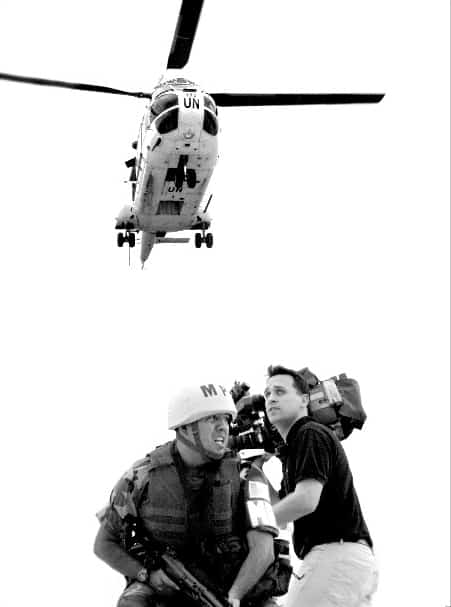