The most common form is the 16 series, rated at 400 amperes with 105 °C terminations. Also in common use is the 15 series (mini-cam), rated at 150 amperes. A larger version is made denoted as the 17 series with ratings up to 760 A. A ball nose version and a longer nose standard version exist - the latter is the most common. Another version is the Posi-Lok which has controlled interconnection sequencing to a panel and a shrouded connector body. The early version original connector was hot-vulcanized to the cable body; later versions use dimensional pressure to exclude foreign material from the connector pin area; the tail of the connector insulator body is trimmable to fit the cable outer diameter.

They are generally used where more than 50 A is required or 3 phase temporary connections are needed, and to connect large generators or building disconnects to distribution panels,or for test connections to load bank equipment for generator load certification; special events, and the interconnection of entertainment lighting and sound equipment to power sources. They are usually found only in professional environments, where connections are performed by qualified personnel. 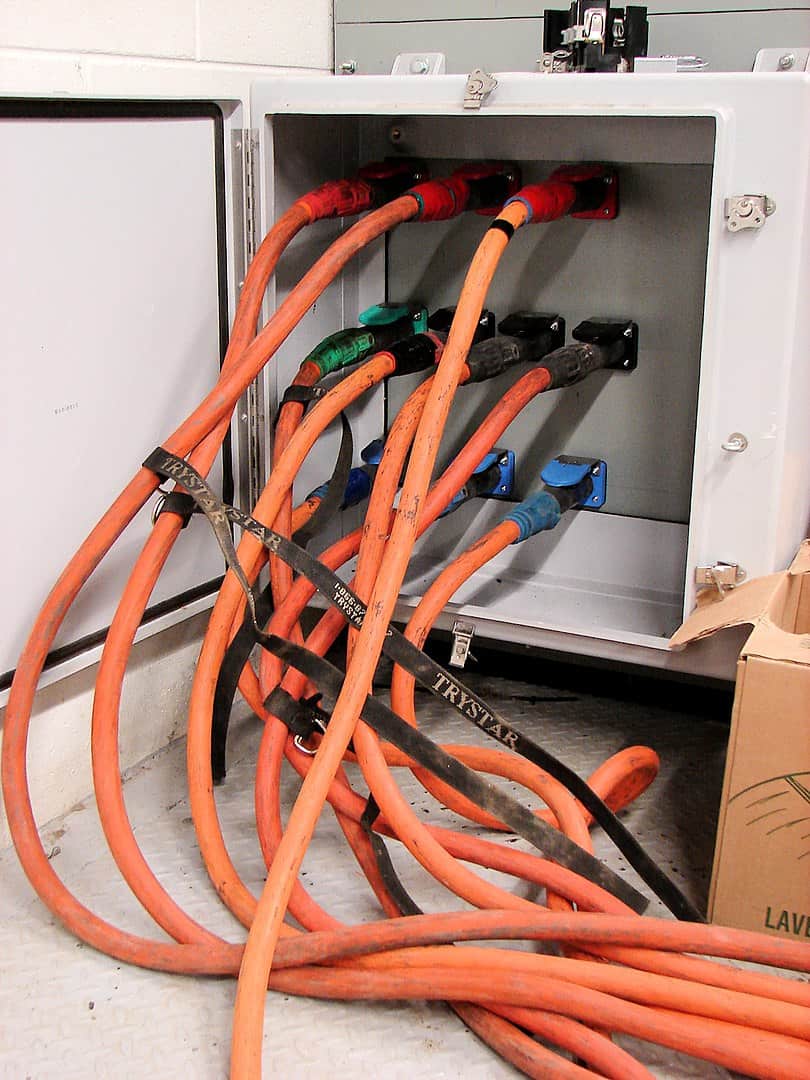 Camlock
see also
resources
source
Adapted from content published on wikipedia.org
credit
Last modified on April 13, 2021, 1:55 am
previous
next
Videocide.com is a service provided by Codecide, a company located in Chicago, IL USA.