A type of shot that produces a viewpoint akin to tilting one's head to the side.

A canted frame -- or Dutch angle -- is a camera angle used to create a shot that looks like a tilt-shift image or a funhouse mirror. The canted frame is a type of shot that uses an angle on the roll axis of the camera so that the shot is composed of vertical lines at an angle to the side of the frame. In the end, the horizon line of the shot is not parallel with the bottom of the camera frame. This produces a viewpoint akin to tilting one's head to the side.

In cinematography, the Dutch angle is one of many cinematic techniques often used to portray psychological uneasiness or tension in the subject being filmed.

Dutch refers to a bastardization of the word Deutsch, the German word for "German". It is not related to the Dutch people or language. It originated in the First World War, as Navy blockades made the import (and export) of movies impossible. The German movie scene was part of the expressionist movement, which used the Dutch angle extensively.

A Dutch angle is a camera shot in which the camera has been rotated relative to the horizon or vertical lines in the shot. The primary use of such angles is to cause a sense of unease or disorientation for the viewer. Many Dutch angles are static shots, but in a moving Dutch angle shot the camera can pivot, pan, or track along the established diagonal axis for the shot. 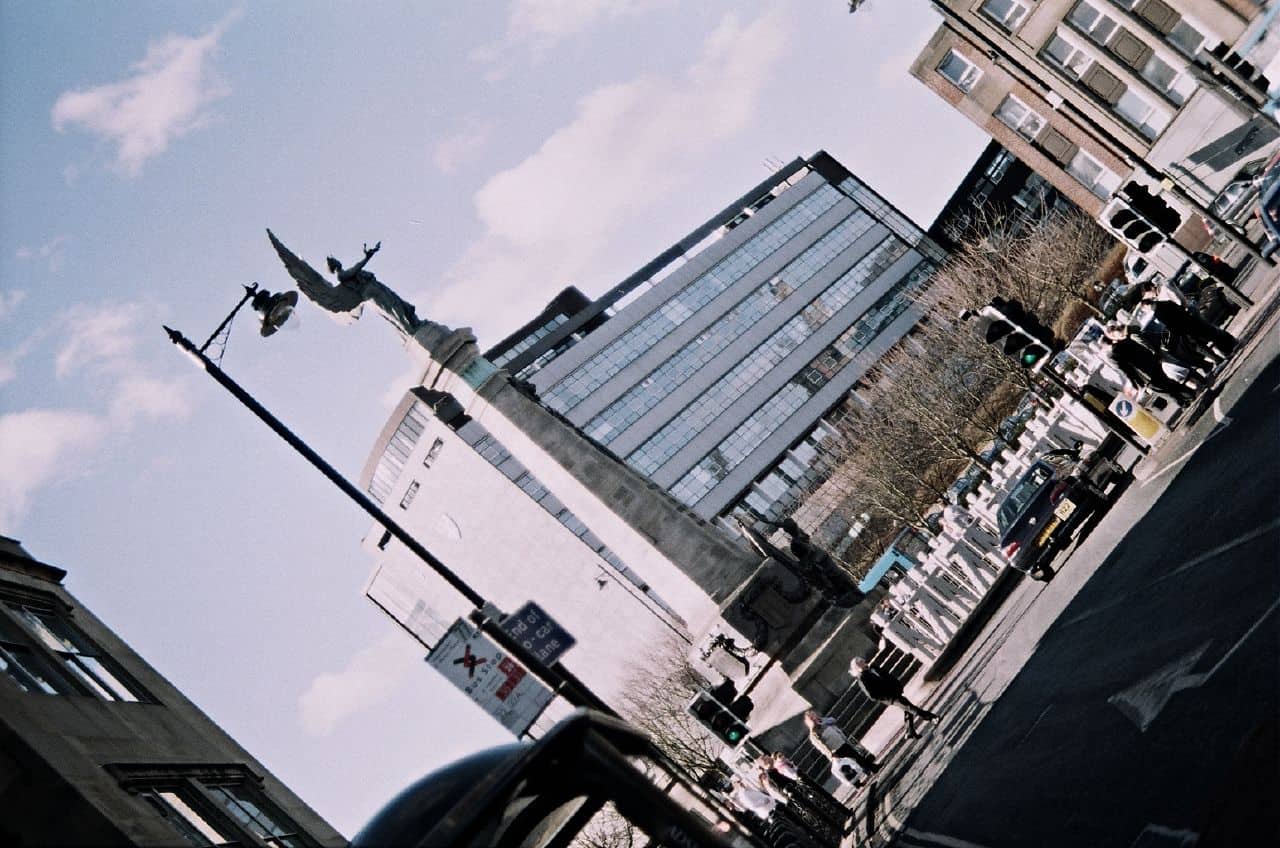