In a videotape machine, a rotating spindle that is used to move the recording tape through the recording/playback mechanism.

The capstan is a rotating spindle used to move recording tape through the mechanism of a tape recorder. The tape is threaded between the capstan and one or more rubber-covered wheels, called pinch rollers, which press against the capstan, thus providing friction necessary for the capstan to pull the tape. The capstan is always placed downstream (in the direction of tape motion) from the tape heads. To maintain the required tension against the tape heads and other part of the tape transport, a small amount of drag is placed on the supply reel. Tape recorder capstans have a function similar to nautical capstans, which however have no pinch rollers, the line simply being wound around them.

The use of a capstan allows the tape to run at a precise and constant speed. Capstans are precision-machined spindles, and polished very smooth: any out-of-roundness or imperfections can cause uneven motion and an audible effect called flutter. The alternative to capstan drive, simply driving the tape takeup reel (which was used on some cheap tape recorders), causes problems both with the speed difference between a full and empty reel and with speed variations as described.

Dual capstans, where one is on each side of the heads, are claimed to provide even smoother tape travel across the heads and result in less variance in the recorded/playback signal. 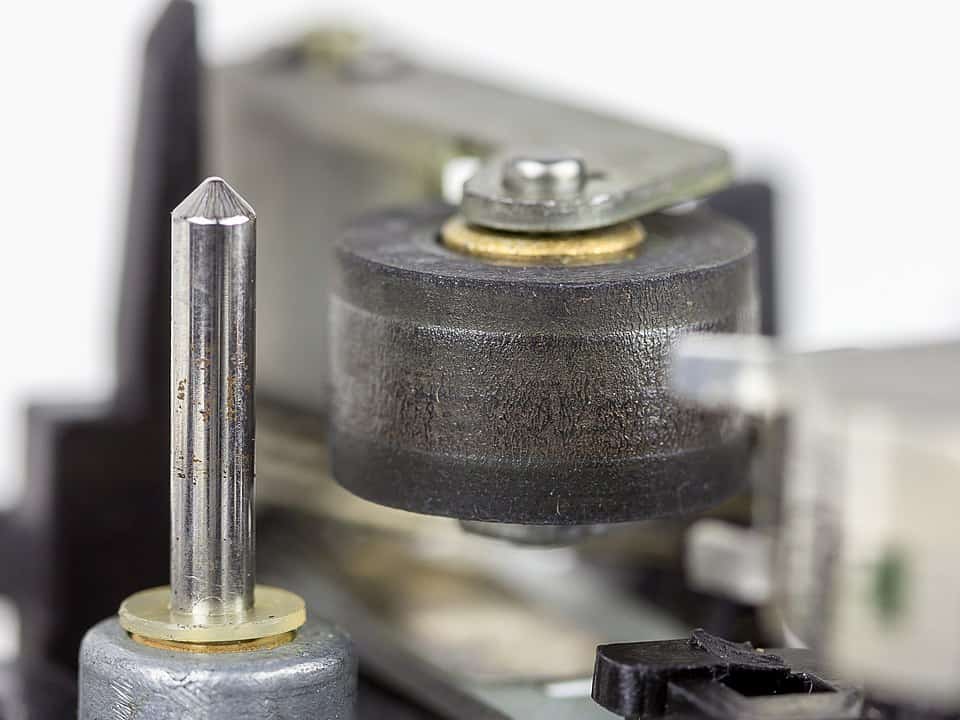