A classic movie scriptwriting technique where a linear sequence of events logically progresses from one to the other, with a prior action causing a later one.

"Cause and effect" is a classic movie scriptwriting technique where a linear sequence of events logically progresses from one to the other, with a prior action causing a later one.

Causality (also referred to as causation, or cause and effect) is efficacy, by which one process, or state, a cause, contributes to the production of another process, or state, an effect, where the cause is partly responsible for the effect, and the effect is partly dependent on the cause. In general, a process has many causes, which are also said to be causal factors for it, and all lie in its past. An effect can, in turn, be a cause of, or causal factor for, many other effects, which all lie in its future. Some writers have held that causality is metaphysically prior to notions of time and space.

Causality is an abstraction that indicates how the world progresses, so basic a concept that it is apter as an explanation of other concepts of progression than as something to be explained by others more basic. The concept is like agency and efficacy. For this reason, a leap of intuition may be needed to grasp it. Accordingly, causality is implicit in the logic and structure of ordinary language.

In the English language, as distinct from Aristotle's own language, Aristotelian philosophy uses the word "cause" to mean "explanation" or "answer to a why question", including Aristotle's material, formal, efficient, and final "causes"; then the "cause" is the explanans for the explanandum. In this case, failure to recognize those different kinds of "cause" are being considered can lead to futile debate. Of Aristotle's four explanatory modes, the one nearest to the concerns of the present article is the "efficient" one. 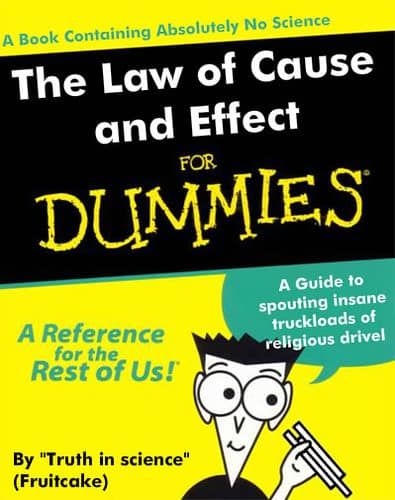 Cause and effect
see also
resources
source
Adapted from content published on wikipedia.org
credit
Last modified on April 19, 2021, 12:48 pm
previous
next
Videocide.com is a service provided by Codecide, a company located in Chicago, IL USA.