A checksum is a numerical value that is used to detect data integrity errors. For example, you can use a checksum to flag data corruption during transmission or storage. A checksum cannot be relied upon to authenticate data.

The procedure which generates this checksum is called a checksum function or checksum algorithm. Depending on its design goals, a good checksum algorithm will usually output a significantly different value, even for small changes made to the input. This is especially true of cryptographic hash functions, which may be used to detect many data corruption errors and verify overall data integrity; if the computed checksum for the current data input matches the stored value of a previously computed checksum, there is a very high probability the data has not been accidentally altered or corrupted.

Check digits and parity bits are special cases of checksums, appropriate for small blocks of data (such as Social Security numbers, bank account numbers, computer words, single bytes, etc.). Some error-correcting codes are based on special checksums which not only detect common errors but also allow the original data to be recovered in certain cases. 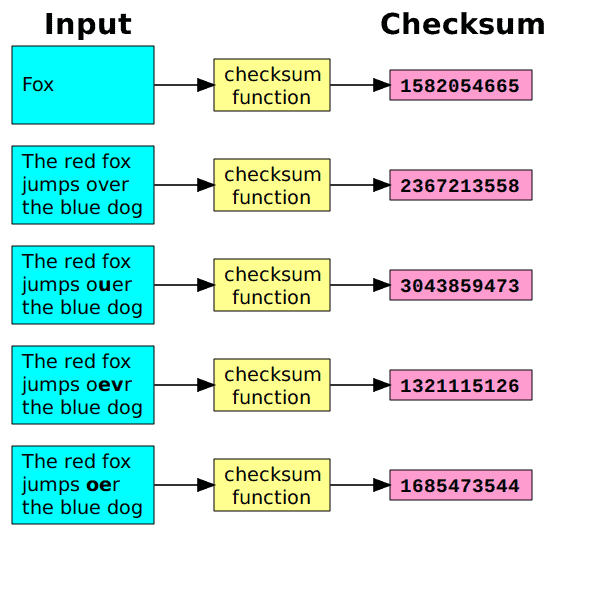