A compositing technique used for layering images or video streams based on matching hues.

Chroma key is a technique that allows the layering of two images or video streams together based on matching color hues. The process creates a composite image, making it appear that the two images were shot on the same day and in the same location.

The technique has been used in many fields to remove a background from the subject of a photo or video – particularly the newscasting, motion picture, and video game industries. A color range in the foreground footage is made transparent, allowing separately filmed background footage or a static image to be inserted into the scene. The chroma keying technique is commonly used in video production and post-production. This technique is also referred to as color keying, color-separation overlay (CSO; primarily by the BBC), or by various terms for specific color-related variants such as green screen and blue screen; chroma keying can be done with backgrounds of any color that are uniform and distinct, but green and blue backgrounds are more commonly used because they differ most distinctly in hue from most human skin colors. No part of the subject being filmed or photographed may duplicate the color used as the backing.

It is commonly used for weather forecast broadcasts, wherein a news presenter is usually seen standing in front of a large CGI map during live television newscasts, though in actuality it is a large blue or green background. When using a blue screen, different weather maps are added on the parts of the image where the color is blue. If the news presenter wears blue clothes, his or her clothes will also be replaced with the background video. Chroma keying is also common in the entertainment industry for visual effects in movies and video games. 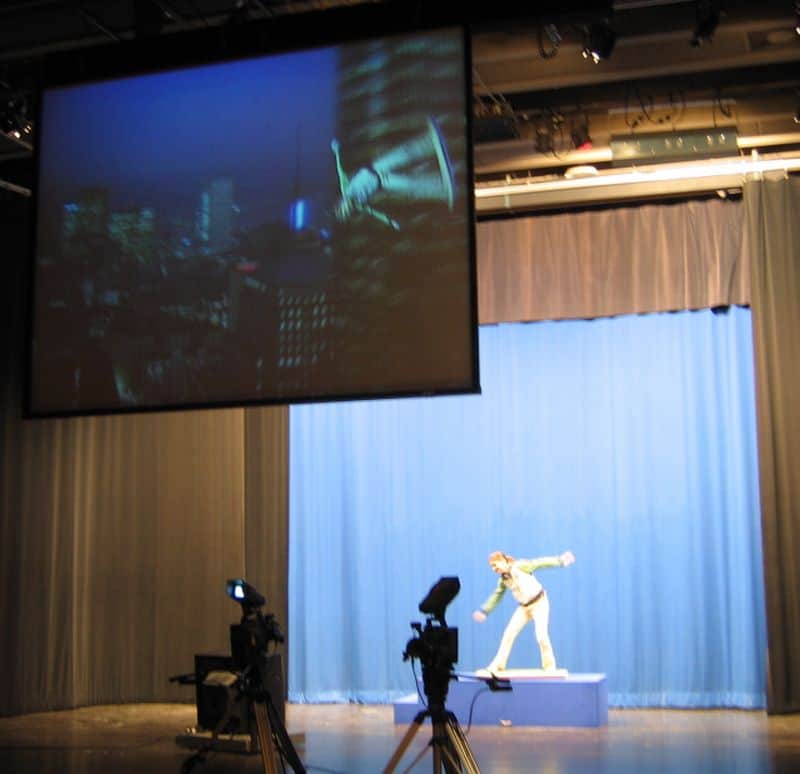