Measurement of color quality expressed by the combination of hue and saturation.

Chromaticity is an objective specification of the quality of a color regardless of its brightness. Chromaticity consists of two independent parameters, often specified as to hue and saturation, where the latter is alternatively called chroma, intensity, or excitation purity. This number of parameters follows from the trichromacy of vision of most humans, which is assumed by most models in color science.

In color science, the white point of an illuminant or of a display is a neutral reference characterized by a chromaticity; all other chromaticities may be defined in relation to this reference using polar coordinates. The hue is the angular component, and the purity is the radial component, normalized by the maximum radius for that hue.

Some color spaces separate the three dimensions of color into one luminance dimension and a pair of chromaticity dimensions. For example, the white point of an sRGB display is an x, y chromaticity of (0.3127, 0.3290), where x and y coordinates are used in the xyY space.

These pairs determine chromaticity as affine coordinates on a triangle in a 2D-space, which contains all possible chromaticities. These x and y are used because of the simplicity of expression in CIE 1931 (see below) and have no inherent advantage. Other coordinate systems on the same X-Y-Z triangle, or other color triangles, can be used.

On the other hand, some color spaces such as RGB and XYZ do not separate out chromaticity, but chromaticity is defined by a mapping that normalizes out intensity, and its coordinates, such as r and g or x and y, can be calculated through the division operation, such as x = X/X + Y + Z, and so on.

The xyY space is a cross between the CIE XYZ and its normalized chromaticity coordinates xyz, such that the luminance Y is preserved and augmented with just the required two chromaticity dimensions. 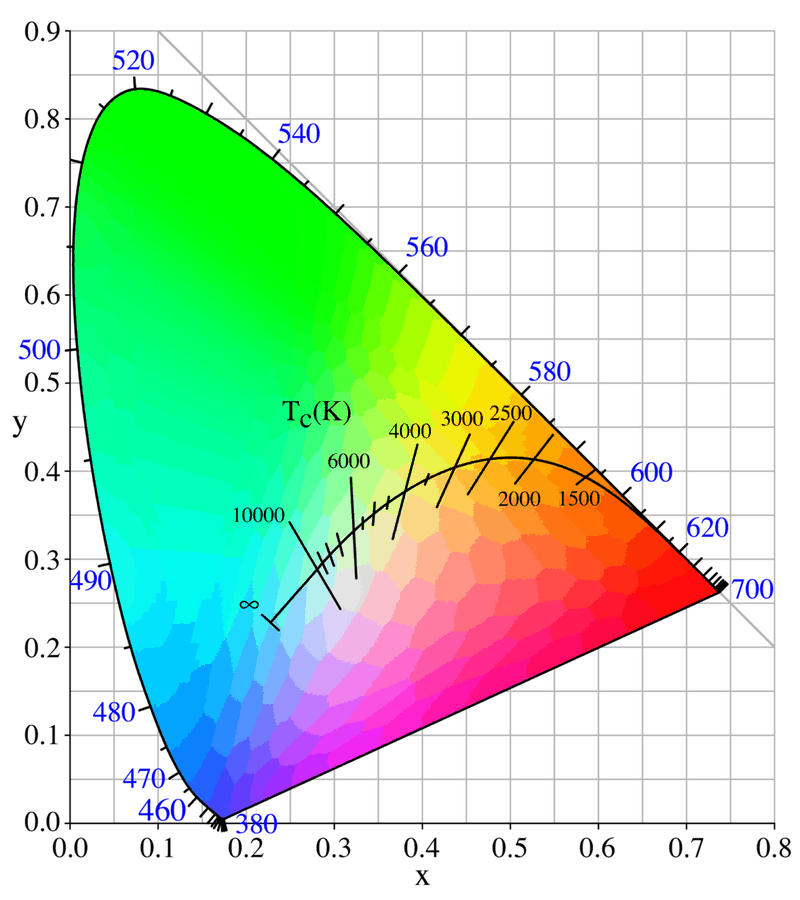