An audio signal that marks the start of a scene in a film or video.

The clap is an audio signal that marks the start of a scene in a film or video. It is basically the sound made by hitting the clapboard with a stick to get the shots going. The word is an onomatopoeia for the sound produced by the clapper hitting the slate.

In a more general sense, the term clap refers to a percussive sound made by striking together two flat surfaces, as in the body parts of humans or animals. Humans clap with the palms of their hands, often quickly and repeatedly to express appreciation or approval (see applause), but also in rhythm as a form of body percussion to match the sounds in music, dance, chants, hand games, and clapping games.

Some people slap the back of one hand into the palm of the other hand to signify urgency or enthusiasm. This act may be considered uncouth by others.

Clapping is used in many forms of music. One example is in gospel music. In flamenco and sevillanas, two Spanish musical genres, clapping is called palmas and often sets the rhythm and is an integral part of the songs. A sampled or synthesized clap is also a staple of electronic and pop music. Clapping is also common in Arabic and Northern Malagasy music. 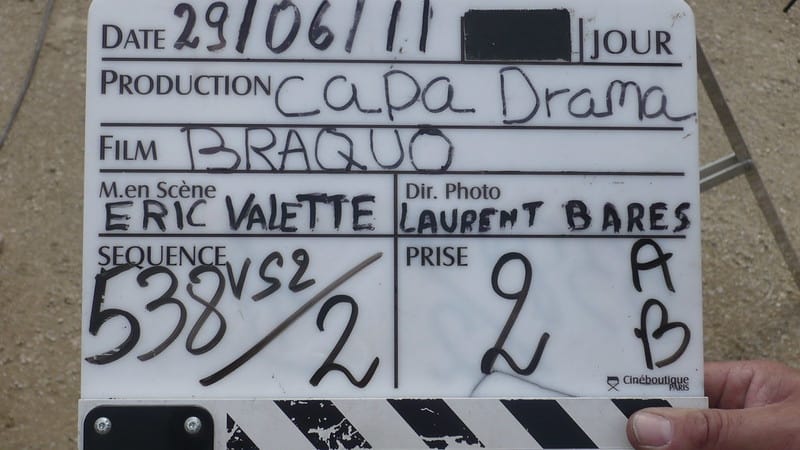 Clap
see also
resource
source
Adapted from content published on wikipedia.org
credit
Last modified on May 10, 2021, 12:57 pm
previous
next
Videocide.com is a service provided by Codecide, a company located in Chicago, IL USA.