Clay animation is a form of stop-motion filmmaking using clay. Unlike all other traditional techniques for stop motion animation, materials such as plasticine are malleable, allowing the animator to shape them directly where they want it, thus creating extremely complex character expressions and poses.

Traditional animation, from cel animation to stop motion, is produced by recording each frame, or still picture, on film or digital media and then playing the recorded frames back in rapid succession before the viewer. These and other moving images, from zoetrope to films and video games, create the illusion of motion by playing back at over ten to twelve frames per second. The techniques involved in creating computer-generated imagery are conversely generally removed from a frame-by-frame process.

Each object or character is sculpted from clay or other such similarly pliable material as plasticine, usually around a wire skeleton, called an armature, and then arranged on the set, where it is photographed once before being slightly moved by hand to prepare it for the next shot, and so on until the animator has achieved the desired amount of film. Upon playback, the mind of the viewer perceives the series of slightly changing, rapidly succeeding images as motion.

A consistent shooting environment is needed to maintain the illusion of continuity: objects must be consistently placed and lit, and work must proceed in a calm environment.

Producing a stop-motion animation using clay is extremely laborious. The normal film runs at 24 frames per second (frame/s). With the standard practice of "doubles" or "twos" (double-framing, exposing two frames for each shot), 12 changes are usually made for one second of the film movement. Shooting a 30-minute movie would, therefore, require making approximately 21,600 stops to change the figures for the frames; a full-length (90-minute) movie, 64,800—and possibly many more if some parts were shot with "singles" or "ones" (one frame exposed for each shot).

The object must not be altered by accident, slight smudges, dirt, hair, or dust. Feature-length productions have generally switched from clay to rubber silicone and resin cast components: Will Vinton has dubbed one foam-rubber process "Foamation". Nevertheless, clay remains a viable animation material where a particular aesthetic is desired.

"Freeform" clay animation is an informal term referring to the process in which the shape of the clay changes radically as the animation progresses, such as in the work of Eli Noyes and Ivan Stang's animated films. Clay can also take the form of "character" clay animation, where the clay maintains a recognizable character throughout a shot, as in Art Clokey's and Will Vinton's films.

One variation of clay animation is strata-cut animation, in which a long bread-like loaf of clay, internally packed tight and loaded with varying imagery, is sliced into thin sheets, with the camera taking a frame of the end of the loaf for each cut, eventually revealing the movement of the internal images within. Pioneered in both clay and blocks of wax by German animator Oskar Fischinger during the 1920s and 1930s, the technique was revived and highly refined in the mid-1990s by David Daniels, an associate of Will Vinton, in his 16-minute short film "Buzz Box".

Another clay-animation technique, one that blurs the distinction between stop motion and traditional flat animation, is called clay painting (also a variation of the direct manipulation animation process), wherein the clay is placed on a flat surface and moved like wet oil paints (as on a traditional artist's canvas) to produce any style of images, but with clay look to them.

A sub variation clay animation can be informally called "clay melting". Any kind of heat source can be applied on or near (or below) clay to cause it to melt while an animation camera on a time-lapse setting slowly films the process. For example, consider Vinton's early short clay-animated film Closed Mondays (co-produced by animator Bob Gardiner) at the end of the computer sequence. A similar technique was used in the climax scene of Raiders of the Lost Ark to "melt" the faces of the antagonists.

The term "hot set" is used amongst animators during production. It refers to a set where an animator is filming. The clay characters are set in a perfect position where they can continue shooting where they left off. If an animator calls his set a "hot set," then no one is allowed to touch the set, or else the shoot would be ruined. Certain scenes must be shot rather quickly. If a scene is left unfinished and the weather is perhaps humid, then the set and characters have an obvious difference. The clay puppets may be deformed from the humidity or the air pressure could have caused the set to shift slightly. These small differences can create an obvious flaw in the scene. To avoid these disasters, scenes normally have to be shot in one day or less. 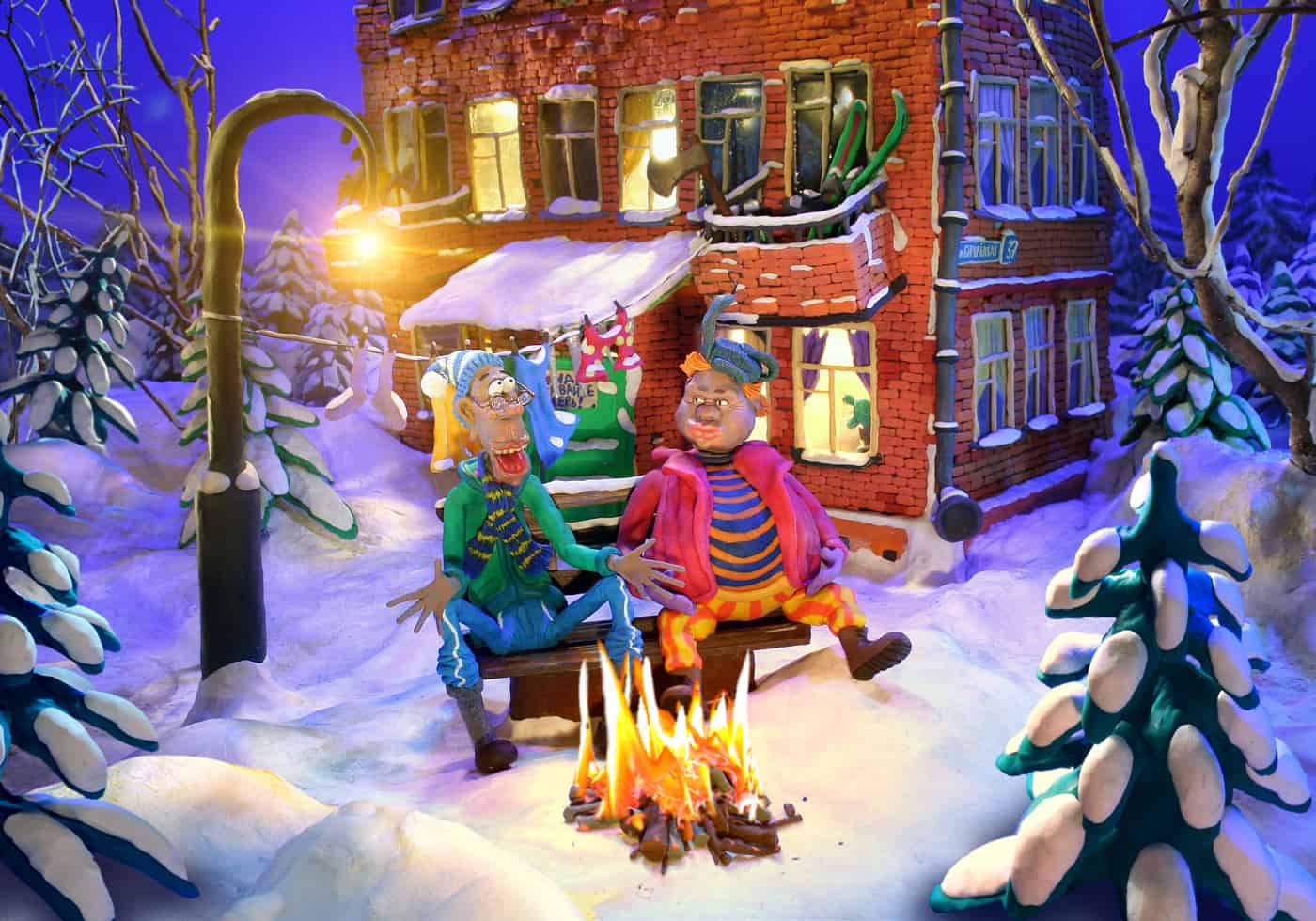 Claymation
also known as
see also
resources
source
Adapted from content published on wikipedia.org
credit
Last modified on May 8, 2021, 7:58 am
previous
next
Videocide.com is a service provided by Codecide, a company located in Chicago, IL USA.