A track on the recording medium that contains a series of repetitive visual or audio cues used to synchronize sound and images in a video.

A click track is a track on the recording medium that contains a series of repetitive visual or audio cues used to synchronize sound and images in a video. The first movies were both silent and accompanied by music, so they needed a way to synchronize sound with images — so optical marks were made on the film to indicate precise timings for musical accompaniment. Click tracks can also be used in the music industry by appending clicks to visual cues.

The click track may be used as a form of metronome directly by musicians in the studio or on stage, particularly by drummers, who listen via headphones to maintain a consistent beat. Sometimes the click track would be only given to the drummer, who would hold the beat, and the rest of the musicians on staff would follow along to the beat that the drummer would hold. This can be seen by many drummers playing live performances having headphones or headsets on. One can think of a click track as essentially being a kind of metronome except that it is fed through headphones to one or more of the musicians during a recording or performance. It is also not uncommon for musicians or engineers to subdivide click tracks at slow tempos (for instance, below 70 BPM) into smaller parts, with, for instance, a click on the start of a bar and a beep on every individual quarter (or eighth, sixteenth...) note. In the final product of the film or performance that is being recorded, the click track is not heard by the audience.

The practice of recording using an aiding click track is contrary to the practice of using a metronome during practice and then turning it off come time for a performance or recording, which has traditionally been more common in the past. The use of a click track allows for easier editing in a digital audio workstation (DAW) or music sequencer since various parts can be easily quantized and moved around or spliced together without worrying about minute differences in timing. Click tracks are especially useful to modern "one-man bands" who may use a multi-track audio editor to perform all or any of the different parts of a recording separately. 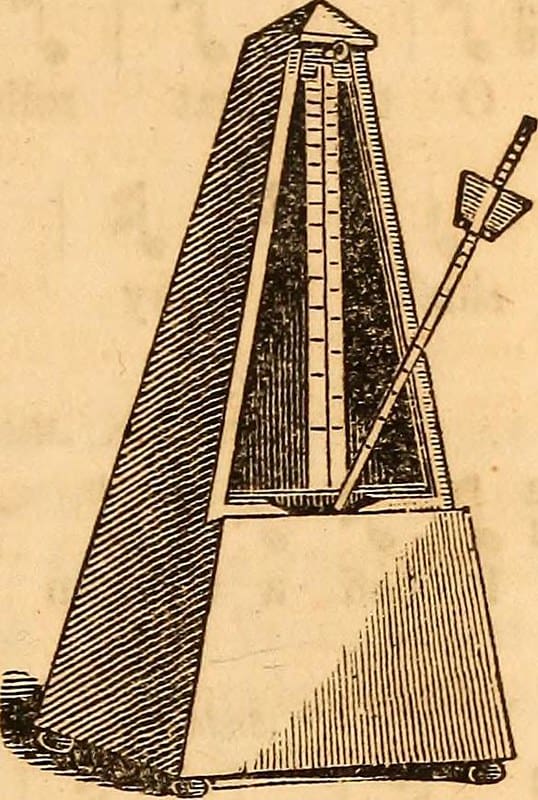