Computer technology uses clock frequency to indicate the speed of a computer processor. Typically, the clock is a built-in timing mechanism that produces pulses and allows different computer components to coordinate their operations. This lets us measure how fast or slow a processor operates. It's commonly used as an indicator of how fast (per second) a processor can do computations per GHz — e.g., 4.5GHz means 45 billion calculations per second.

The clock frequency is measured in cycles per second or hertz (in SI unit, Hz). The clock rate of the first generation of computers was measured in hertz or kilohertz (kHz), the first personal computers (PCs) to arrive throughout the 1970s and 1980s had clock rates measured in megahertz (MHz), and in the 21st century, the speed of modern CPUs is commonly advertised in gigahertz (GHz). This metric is most useful when comparing processors within the same family, holding constant other features that may affect performance. Video card and CPU manufacturers commonly select their highest performing units from a manufacturing batch and set their maximum clock rate higher, fetching a higher price.

Manufacturers of modern processors typically charge premium prices for processors that operate at higher clock rates, a practice called binning. For a given CPU, the clock rates are determined at the end of the manufacturing process through actual testing of each processor. Chip manufacturers publish a "maximum clock rate" specification, and they test chips before selling them to make sure they meet that specification, even when executing the most complicated instructions with the data patterns that take the longest to settle (testing at the temperature and voltage that runs the lowest performance). Processors successfully tested for compliance with a given set of standards may be labeled with a higher clock rate, e.g., 3.50 GHz, while those that fail the standards of the higher clock rate yet pass the standards of a lesser clock rate may be labeled with the lesser clock rate, e.g., 3.3 GHz, and sold at a lower price.

The clock rate of a CPU is normally determined by the frequency of an oscillator crystal. Typically a crystal oscillator produces a fixed sine wave—the frequency reference signal. Electronic circuitry translates that into a square wave at the same frequency for digital electronics applications (or, in using a CPU multiplier, some fixed multiple of the crystal reference frequency). The clock distribution network inside the CPU carries that clock signal to all the parts that need it. An A/D Converter has a "clock" pin driven by a similar system to set the sampling rate. With any particular CPU, replacing the crystal with another crystal that oscillates at half the frequency ("underclocking") will generally make the CPU run at half the performance and reduce waste heat produced by the CPU. Conversely, some people try to increase the performance of a CPU by replacing the oscillator crystal with a higher frequency crystal ("overclocking"). However, the amount of overclocking is limited by the time for the CPU to settle after each pulse, and by the extra heat created.

After each clock pulse, the signal lines inside the CPU need time to settle to their new state. That is, every signal line must finish transitioning from 0 to 1, or from 1 to 0. If the next clock pulse comes before that, the results will be incorrect. In the process of transitioning, some energy is wasted as heat (mostly inside the driving transistors). When executing complicated instructions that cause many transitions, the higher the clock rate the more heat produced. Transistors may be damaged by excessive heat.

There is also a lower limit of the clock rate unless a fully static core is used.

The first fully reversible CPU, the Pendulum, was implemented using standard CMOS transistors in the late 1990s at MIT.

Engineers also continue to find new ways to design CPUs so that they complete more instructions per clock cycle, thus achieving a lower CPI (cycles or clock cycles per instruction) count, although they may run at the same or a lower clock rate as older CPUs. This is achieved through architectural techniques such as instruction pipelining and out-of-order execution which attempts to exploit instruction-level parallelism in the code.

IBM is working on a 100 GHz CPU. In 2010, IBM demonstrated a graphene-based transistor that can execute 100 billion cycles per second.

The clock rate of a CPU is most useful for providing comparisons between CPUs in the same family. The clock rate is only one of several factors that can influence performance when comparing processors in different families. For example, an IBM PC with an Intel 80486 CPU running at 50 MHz will be about twice as fast (internally only) as one with the same CPU and memory running at 25 MHz, while the same will not be true for MIPS R4000 running at the same clock rate as the two are different processors that implement different architectures and microarchitectures. Further, a "cumulative clock rate" measure is sometimes assumed by taking the total cores and multiplying by the total clock rate (e.g. dual-core 2.8 GHz being considered processor cumulative 5.6 GHz). There are many other factors to consider when comparing the performance of CPUs, like the width of the CPU's data bus, the latency of the memory, and the cache architecture.

The clock rate alone is generally considered to be an inaccurate measure of performance when comparing different CPUs families. Software benchmarks are more useful. Clock rates can sometimes be misleading since the amount of work different CPUs can do in one cycle varies. For example, superscalar processors can execute more than one instruction per cycle (on average), yet it is not uncommon for them to do "less" in a clock cycle. In addition, sub-scalar CPUs or the use of parallelism can also affect the performance of the computer regardless of clock rate. 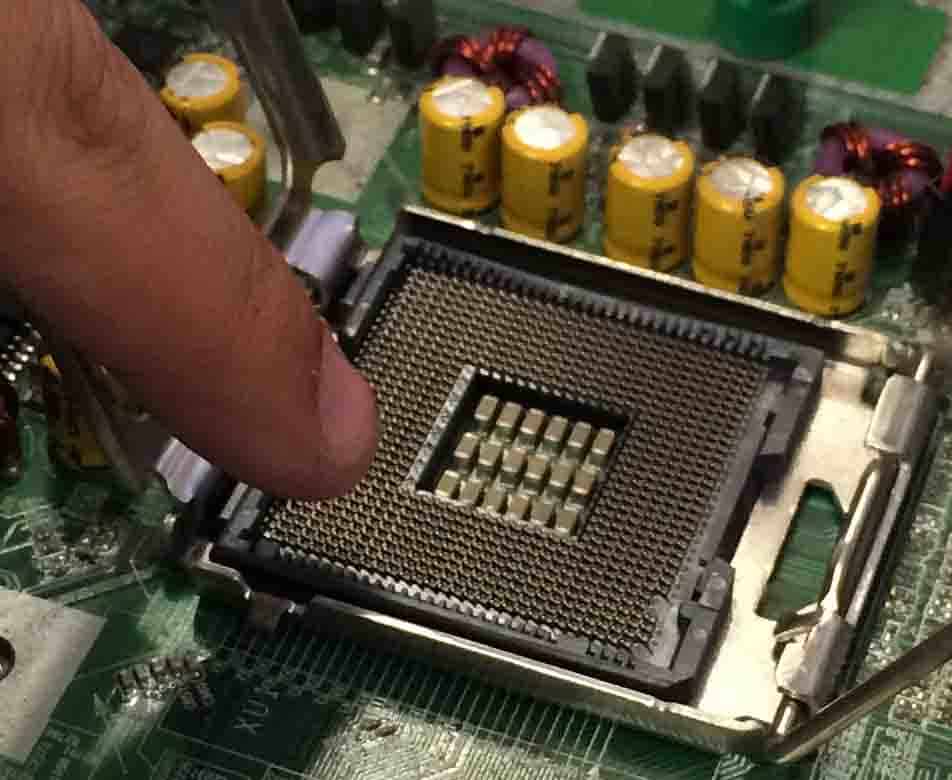