A list of the production personnel (actors, cast, and crew) displayed at the tail end of a movie, video stream, or similar media.

A full set of credits can include the cast and crew, but also production sponsors, distribution companies, works of music licensed or written for the work, various legal disclaimers, such as copyright, and more. Some long-running productions list "production babies".

Typically, the closing credits are typed and appear in white lettering on a solid black background, featuring no sound effects or dialogue, only a musical background, sometimes the works' theme music. Credits are either static and flip from page to page, or scroll as a single list from the bottom of the screen to the top. Occasionally closing credits will divert from this standard form to scroll in another direction, include illustrations, extra scenes, bloopers, joke credits, or post-credits scenes.

The use of closing credits in film to list complete production crew and the cast was not firmly established in American film until the 1970s. Before this decade, most movies were released with no closing credits at all. Films generally had opening credits only, which consisted of just major cast and crew, although sometimes the names of the cast and the characters they played would be shown at the end, as in The Wizard of Oz, Mary Poppins, Oliver!, the 1964 adaptation of Fail-Safe and Orca. Two of the first major films to contain extensive closing credits – but almost no opening credits – were the blockbusters Around the World in 80 Days (1956) and West Side Story (1961). West Side Story showed only the title at the beginning of the film, and Around the World in 80 Days had no opening credits at all.

Around the World in 80 Days had one of the longest and most elaborate closing credit sequences of any film. The credits took around seven minutes to finish. It provided an animated recap of the movie's three-hour storyline, identifying the actors in the order in which they appeared. Superman (1978) also had a very long closing credits sequence, which took nearly eight minutes to end, and was the longest end credits sequence ever recorded at the time of the film's release.

The British television series Spooks does not feature any credits, as a result of a decision made by the producers to add to the anonymity of the show's content (about the British Security Service). Instead, the credits appear as a special feature on the series DVDs, and also on the official website. Similarly, the British series Jam (2000) features a single title at the end of each episode reading only "jamcredits.com".

The Argentine film La flor (2018) has end credits that last 37 minutes, which is far longer than almost all films. 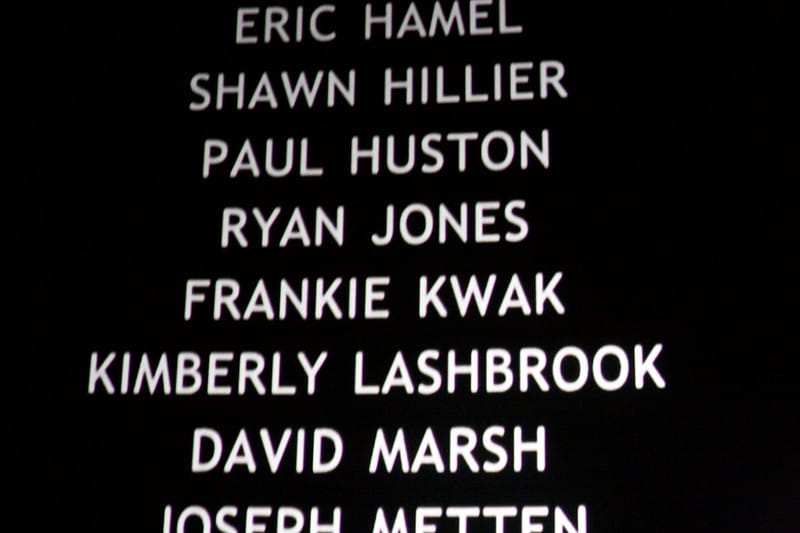