A digital interface standard for high-speed data transmission (up to 12.5 Gbit/s).

The CoaXPress protocol is a digital interface standard for high-speed data transmission (up to 12.5 Gbit/s).

The name is a portmanteau of 'express' (as in express train) and 'coaxial' to emphasize CoaXPress is faster than other standards (e.g. Camera Link, or GigE Vision) and uses 75-ohm coaxial cables as the physical transmission medium. CoaXPress is mostly used in digital imaging applications but it is also suitable for high-speed transmission of universal digital data.

A 'device' that generates and transmits data (e.g. an industrial digital camera) is connected with one or more coaxial cables to a 'host' that receives the data (e.g. a frame grabber board in a computer). The CoaXPress standard 1.0 and 1.1 supports bit rates up to 6.25 Gbit/s per coaxial cable and the new 2.0 standard supports bit rates up to 12.5 Gbit/s per coaxial cable from the 'device' to the 'host'. The number of cables is not limited by the standard. Some recent CoaXPress cameras and frame grabbers use 8 coaxial cables providing a maximum image data rate of about 4.8 GB/s. The older Camera Link standard can only carry up to 850 MB/s. A low-speed uplink, operating at up to 41.6 Mbit/s is available to control the 'device' or for triggering. A CoaXPress 'host' can supply 24 V over the coaxial cable up to 13 W per cable. The CoaXPress standard requires that both the 'device' and the 'host' support GenICam, a standardized generic programming interface. Other than Camera Link that is built upon pure LVDS with no transport layer, CoaXPress transmits data in packets (cf. network packet) using 8b/10b encoding and provides CRC. CoaXPress competes with the Camera Link HS standard by the Automated Imaging Association.

CoaXPress has been developed by 6 companies, of whom Adimec, EqcoLogic, and Active Silicon were among the biggest drivers, in 2008. The goal was after the failure of Visilink to develop a successor for the Camera link standard for high-speed and data-rich vision-related communication. The standard was first demonstrated in November 2008 at the "Vision" trade show. After a good reception, the standard writing consortium of industrial companies consisting of Adimec, Eqcologic, Active Silicon, AVAL DATA, NED, and Components Express was formed in early 2009. During the next Vision in 2009, the consortium was awarded the VisionAward for their efforts to further the cause of (machine) vision applications. By this time the JIIA has adopted CoaXPress to mature it to an official standard after which the first draft version 1.0 was presented in December 2010.

The transmission medium for CoaXPress is a coaxial cable with a characteristic impedance of 75 Ω. The maximum transmission distance is depending on the bit rate and the quality of the cable. RG11, RG6, RG59, and other cable types can be used. It is also possible to reuse existing coaxial cable when upgrading from an analog to a digital camera system.

The standard connector for CoaXPress is a 75 Ω BNC connector. A second connector option is the DIN 1.0/2.3 connector. Solutions with a 5W5 connector have also been demonstrated, but this is not officially supported by the CoaXPress consortium.

CoaXPress is a scalable standard and can be used for connections from 1.25 Gbit/s up to 25 Gbit/s and more. Note that the following chart represents typical practical cable lengths; the CoaXPress specification only specifies the electrical characteristics of CXP cables for each speed standard, it does not explicitly specify maximum lengths.

When using the multilane DIN 1.0/2.3 cabling solution an optional high-speed uplink can also be used, allowing 6.25 Gbit/s uplink communication to the camera. This can be used for very accurate triggering.

The most common application is to interface cameras to computers (via a frame grabber) on applications (such as Machine vision) which involve automated acquisition and analysis of images. Some cameras and frame grabbers have been introduced which support and utilize the CoaXPress interface standard.

So far, there is just one company, Microchip (through its acquisition of EqcoLogic), which develops CoaXPress compatible driver and equalizer devices. These devices must be used with FPGA devices, in order to implement CoaXPress standard protocol. Such standard implementation is executed using FPGA IP core, specially designed for this protocol, while it takes care of all the features defined by the standard. Each side of the vision system, e.g. Camera or frame grabber, requires a dedicated FPGA IP core. 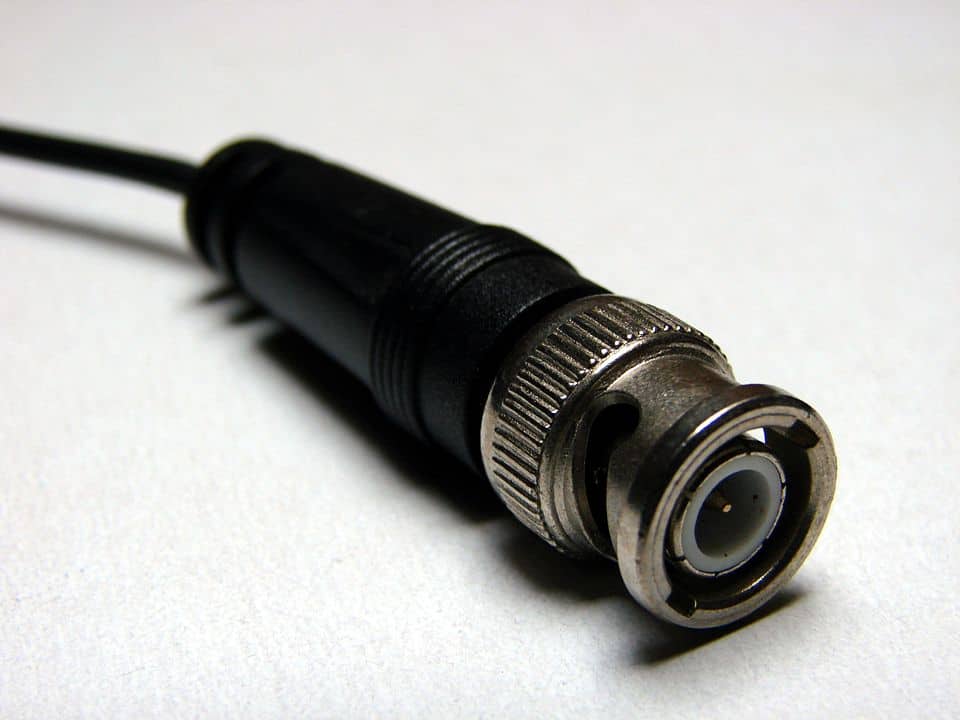