The region in the brain responsible for the perception and processing of color signals.

The color center is a region in the brain primarily responsible for visual perception and cortical processing of color signals received by the eye, which ultimately results in color vision. The color center in humans is thought to be located in the ventral occipital lobe as part of the visual system, in addition to other areas responsible for recognizing and processing specific visual stimuli, such as faces, words, and objects. Much functional magnetic resonance imaging (fMRI) studies in both humans and macaque monkeys have shown color stimuli to activate multiple areas in the brain, including the fusiform gyrus and the lingual gyrus. These areas, as well as others identified as having a role in color vision processing, are collectively labeled visual area 4 (V4). The exact mechanisms, location, and function of V4 are still being investigated.

The primary part of the visual cortex, (V1), is located in the calcarine sulcus and is the first cortical area involved in visual processing. It receives visual input from the lateral geniculate nucleus, which is located in the thalamus. V1 sends the visual information received from the LGN to other extrastriate cortex areas for higher-order processing. This higher-order processing includes the recognition of shapes, motion, and color.

V1 has multiple areas that are color-sensitive, which indicates that color processing is not limited to one area. According to a paper by Dr. Robert Shapley, V1 has an important role in color perception. fMRI experimental results showed that V1 has two kinds of color-sensitive neurons: single-opponent and double-opponent cells. These cells are integral in the opponent's process of interpreting color signals. Single-opponent neurons respond to large areas of color. This is advantageous for recognizing large color scenes and atmospheres. In comparison, double opponent cells respond to patterns, textures, and color boundaries. This is more important for perceiving the color of objects and pictures. The double-opponent cells are receptive to opposite inputs from different cone cells in the retina. This is ideal for identifying contrasting colors, such as red and green. Double-opponent cells are particularly important in computing local cone ratios from visual information from their receptive fields.

Single opponent color-sensitive neurons can be divided into two categories depending on the signals they receive from the cone cells: L-M neurons and S/(L+M) neurons. The three types of cone cells, small (S), medium (M), and long (L) detect different wavelengths across the visible spectrum. S cone cells can see short-wavelength colors, which corresponds to violet and blue. Similarly, M cells detect medium wavelength colors, such as green and yellow, and L cells detect long wavelength colors, like red. L-M neurons, also called red-green opponent cells, receive input from long-wavelength cones opposed by input from medium wavelength cones. S/(L+M) neurons receive input from S-cells and are opposed by a sum of the L and M-cell inputs. S/(L+M) neurons are also called blue-yellow opponent cells. The opposition between the colors allows the visual system to interpret differences in color, which is ultimately more efficient than processing colors separately. 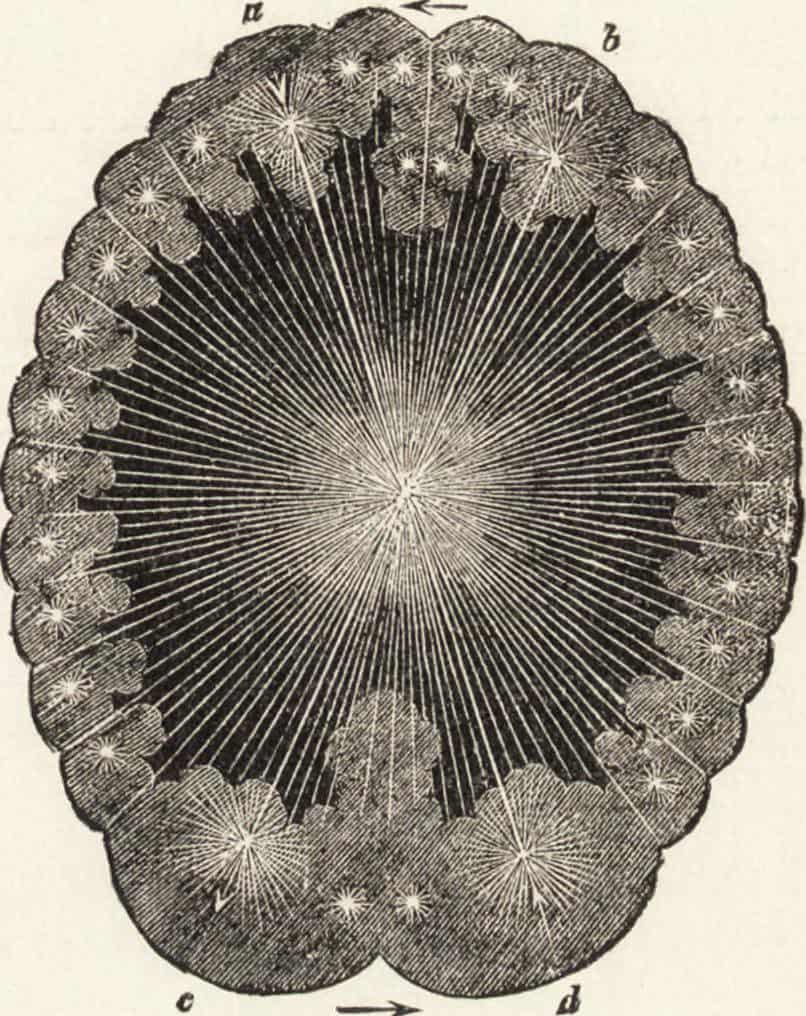