The name of the control room used for color grading video.

A color suite is the control room used for color grading video in a post-production environment.

The video source could be from: a telecine, a videotape recorder (VTR), a motion picture film scanner, a virtual telecine, or a Direct to Disk Recording (DDR), or the older system called a film chain. A high-end broadcast color suite may use a Da Vinci Systems or Pandora International color corrector. If a VTR is a source for the video the room is often called a tape to tape suite. Many suites are designed to operate as a telecine suite or a tape-to-tape suite by changing the configuration of the suite. The operator of the suite is usually called a Colorist. If a telecine is a source this is called a Film to Tape operation. A color suite may use one video standard or be able to change the configuration to a number of standards like high-definition video, NTSC, or PAL, or a DI workflow. Color suites are sometimes placed in digital cinema movie theaters with a video projector for color correction to that display format.

The suite room will also have video equipment in the Production control room for monitoring the video signal like a video monitor, Waveform monitor, and vectorscope.

A vision mixer may also be in the suite for monitoring different video sources or for simple or special effects in the video. A character generator is sometimes used also for titling and subtitle.

The suite may have the equipment to read, log, and insert into the video Kodak's Keykode. Keykode is barcoding that is placed at regular intervals on negative films to aid in identifying and counting film frames. Evertz, Aaton, and ARRI are three types of readers for telecine use.

The suite may or may not have audio post-production equipment. This would be to monitor and if needed sync up the program audio to the video source if the sound was not on the film. An audio mixing console and other audio equipment such as effects devices may also be in the suite. The audio may be from the film soundtrack. The term MOS is used, on a slate, when a scene is filmed without sync sound or any sound. A clapperboard slate is used at the start and sometimes at the end of the scene to mark particular takes recorded during production.

Other equipments that may be used in the suite are digital still store/frame grabber to store reference frames, a noise reducer to reduce film grain/dirt and video noise; a video router, and an audio router.

The telecine, VTRs, and some of the larger equipment are often placed in a central apparatus room or machine room and are interconnected through Cable trays or raised floor to the color suite by patch panels, Coaxial cables, Computer network, and Multicore cables.

Some color suites are at video post-production facilities that rent them by the hour for the transfer of TV commercials, documentaries, and movies. These color suites would have a client area behind the colorist. With the client present, this would be called a supervised session. 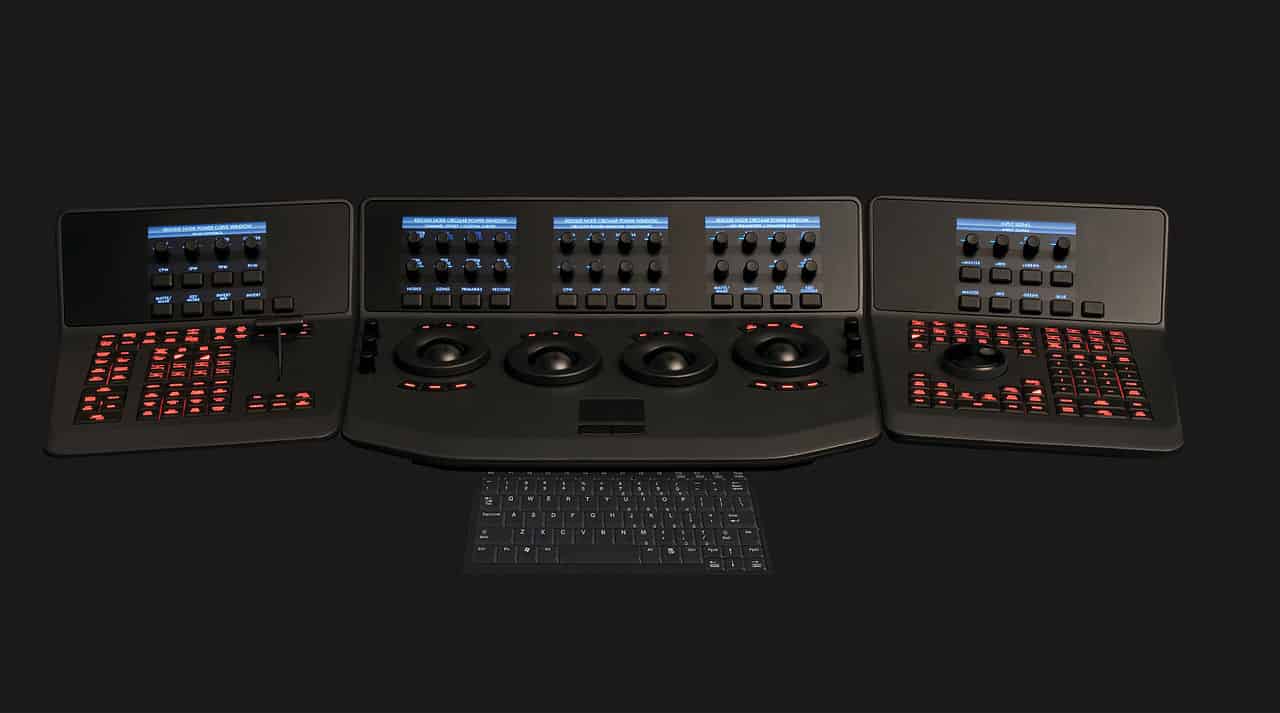