Chroma burst
A generated analog or composite video signal designed to keep the chrominance subcarrier synchronized in a television signal.

By synchronizing an oscillator with the color burst at the back porch (beginning) of each scan line, a television receiver is able to restore the suppressed carrier of the chrominance (color) signals, and in turn, decode the color information. The most common use of color burst is to genlock equipment together as a common reference with a vision mixer in a television studio using a multi-camera setup.

In NTSC, its frequency is exactly 315/88 = 3.57954 MHz with a phase of 180°. PAL uses a frequency of exactly 4.43361875 MHz, with its phase alternating between 135° and 225° from line to line. Since the color burst signal has a known amplitude, it is sometimes used as a reference level when compensating for amplitude variations in the overall signal.

SECAM is unique in not having a color burst signal since the chrominance signals are encoded using FM rather than QAM, thus the signal phase is immaterial and no reference point is needed.

The original black and white NTSC television standard specified a frame rate of 30 Hz and 525 lines per frame or 15750 lines per second. The audio was frequency-modulated 4.5 MHz above the video signal. Because this was black and white, the video consisted only of luminance (brightness) information. Although all of the space in between was occupied, the line-based nature of the video information meant that the luminance data was not spread uniformly across the frequency domain; it was concentrated at multiples of the line rate. Plotting the video signal on a spectrogram gave a signature that looked like the teeth of a comb or a gear, rather than smooth and uniform.

RCA discovered that if the chrominance (color) information, which had a similar spectrum, was modulated on a carrier that was a half-integer multiple of the line rate, it's signal peaks would fit neatly between the peaks of the luminance data and interference was minimized. It was not eliminated, but what remained was not readily apparent to human eyes. (Modern televisions attempt to reduce this interference further using a comb filter.)

To provide sufficient bandwidth for the chrominance signal, yet interfere only with the highest-frequency (and thus least perceptible) portions of the luminance signal, a chrominance subcarrier near 3.6 MHz was desirable. 227.5 = 455/2 times the line rate was close to the right number, and 455's small factors (5 × 7 × 13) make a divider easy to construct.

However, additional interference could come from the audio signal. To minimize interference there, it was similarly desirable to make the distance between the chrominance carrier frequency and the audio carrier frequency a half-integer multiple of the line rate. The sum of these two half-integers implies that the distance between the frequency of the luminance carrier and audio carrier must be an integer multiple of the line rate. However, the original NTSC standard, with a 4.5 MHz carrier spacing and a 15750 Hz line rate, did not meet this requirement: the audio was 285.714 times the line rate. 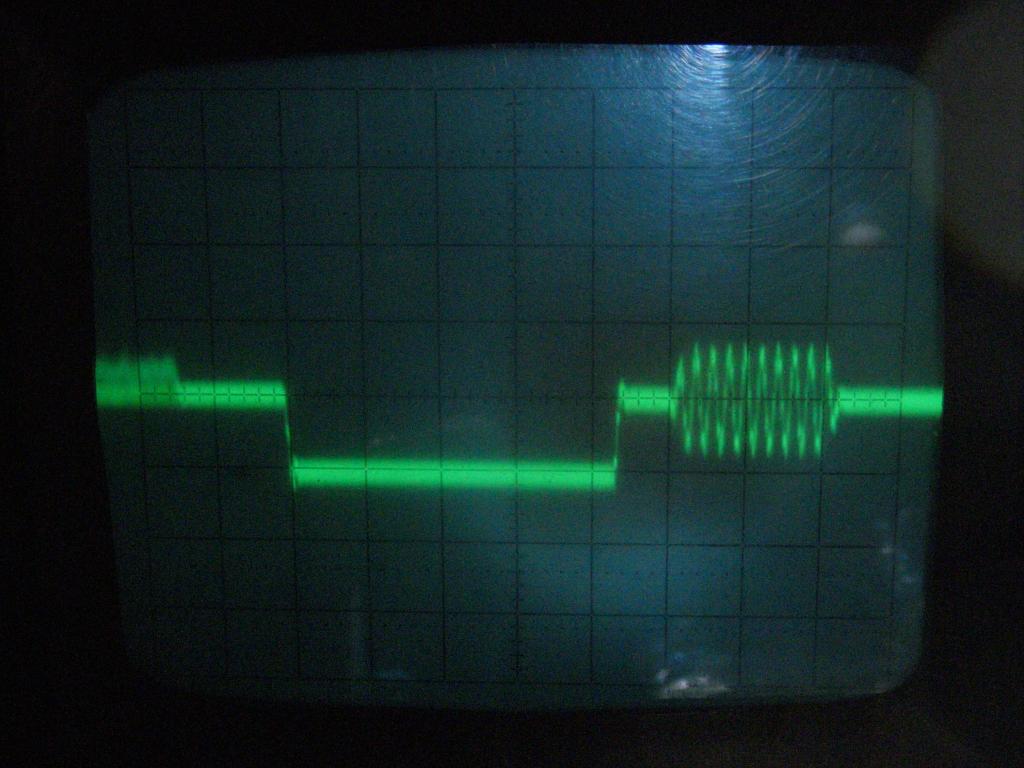 Colorburst
also known as
see also
resources
source
Adapted from content published on wikipedia.org
credit
Last modified on May 25, 2021, 6:58 pm
previous
next
Videocide.com is a service provided by Codecide, a company located in Chicago, IL USA.