A process that adds plausible color to black-and-white, sepia, or other monochrome moving-picture images.

Film and video colorization is any process that adds plausible color to black-and-white, sepia, or other monochrome moving-picture images.

The process may be done as a special effect, to "modernize" black-and-white films, or to restore color films. The first examples date from the early 20th century, but colorization has become common with the advent of digital image processing.

Computerized colorization began in the 1970s using the technique invented by Wilson Markle. These early attempts at colorization have soft contrast and fairly pale, flat, washed-out color; however, the technology has improved steadily since the 1980s.

To perform digital colorization, a digitized copy of the best black and white film print available is used. With the aid of computer software, technicians associate a range of gray levels to each object and indicate to the computer any movement of the objects within a shot. The software is also capable of sensing variations in the light level from frame to frame and correcting it if necessary. The technician selects a color for each object based on common "memory" colors—such as blue sky, white clouds, flesh tones, and green grass—and on any information about colors used in the movie. If color publicity stills or props are available to examine, authentic colors may be applied. In the absence of any better information, technicians may choose colors that fit the gray level and are consistent with what a director might have wanted for the scene. The software associates a variation of the basic color with each gray level in the object while keeping intensity levels the same as in the monochrome original. The software then follows each object from frame to frame, applying the same color until the object leaves the frame. As new objects come into the frame, the technician must associate colors to each new object in the same way as described above. This technique was patented in 1991.

In order to colorize a still image, an artist typically begins by dividing the image into regions and then assigning a color to each region. This approach, also known as the segmentation method, is laborious and time-consuming, especially in the absence of fully automatic algorithms to identify fuzzy or complex region boundaries, such as those between a subject's hair and face. Colorization of moving images also requires motion compensation, tracking regions as movement occurs from one frame to the next. 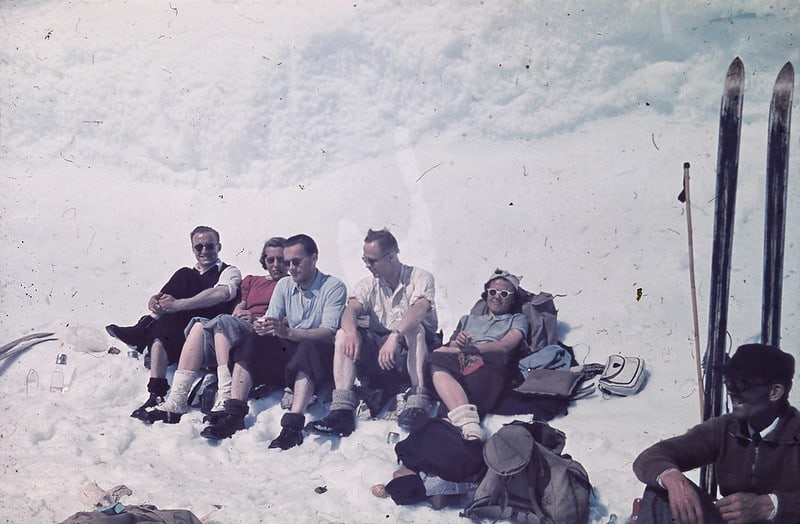 Colorization
see also
resources
source
Adapted from content published on wikipedia.org
credit
Last modified on May 31, 2021, 5:53 am
previous
next
Videocide.com is a service provided by Codecide, a company located in Chicago, IL USA.