Common Intermediate Format is a standardized format for the picture resolution, frame rate, color space, and color subsampling of digital video sequences used in video teleconferencing systems. It was first defined in the H.261 standard in 1988.

As the word "common" in its name implies, CIF was designed as a common compromise format to be relatively easy to convert for use either with PAL or NTSC standard displays and cameras. CIF defines a video sequence with a resolution of 352 × 288, which has a simple relationship to the PAL picture size, but with a frame rate of 30000/1001 (roughly 29.97) frames per second like NTSC, with color encoded using a YCbCr representation with 4:2:0 color sampling. It was designed as a compromise between PAL and NTSC schemes since it uses a picture size that corresponds most easily to PAL but uses the frame rate of NTSC. The compromise was established as a way to reach an international agreement so that video conferencing systems in different countries could communicate with each other without needing two separate modes for displaying the received video.

The simple way to convert NTSC video to CIF is to capture every other field (e.g., the top fields) of interlaced video, downsample it by 2:1 horizontally to convert 704 samples per line to 352 samples per line, and upsample it vertically by a ratio of 6:5 vertically to convert 240 lines to 288 lines. The simple way to convert PAL video to CIF is to similarly capture every other field, downsample it horizontally by 2:1, and introduce some jitter in the frame rate by skipping or repeating frames as necessary. Since H.261 systems typically operated at low bit rates, they also typically operated at low frame rates by skipping many of the camera source frames, so introducing some jitter in the frame rate tended not to be noticeable. More sophisticated conversion schemes (e.g., using deinterlacing to improve the vertical resolution from an NTSC camera) could also be used in higher quality systems.

Some references to CIF are intended to refer only to its resolution (352 × 288), without intending to refer to its frame rate.

The YCbCr color representation had been previously defined in the first standard digital video source format, CCIR 601, in 1982. However, CCIR 601 uses 4:2:2 color sampling, which subsamples the Cb and Cr components only horizontally. H.261 additionally used vertical color subsampling, resulting in what is known as 4:2:0.

QCIF means "Quarter CIF". To have one-quarter of the area, as "quarter" implies, the height and width of the frame are halved.

xCIF pixels are not square, instead of having a native aspect ratio of 12:11, as with the standard for 625-line systems (see CCIR 601). On square-pixel displays (e.g., computer screens and many modern televisions) xCIF rasters should be rescaled so that the picture covers a 4:3 area, in order to avoid a "stretched" look: CIF content expanded horizontally by 12:11 results in a 4:3 raster of 384 × 288 square pixels. 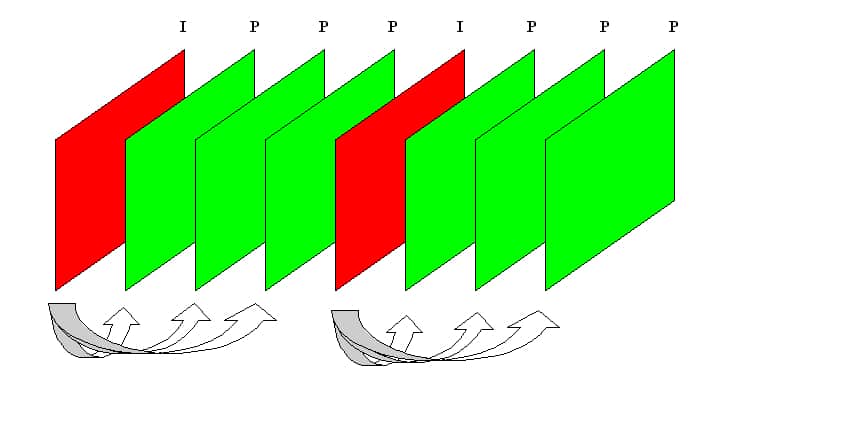